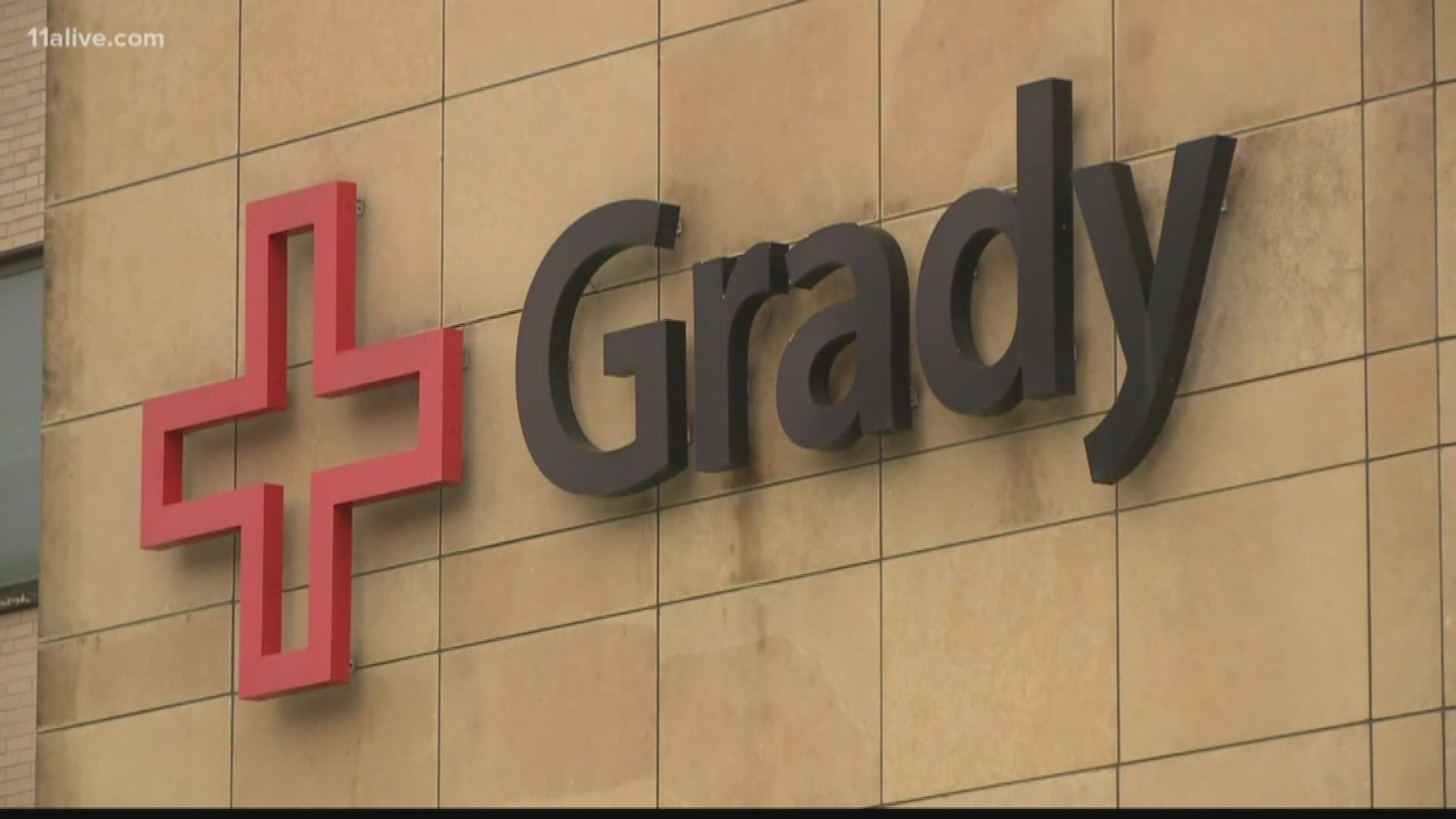 ATLANTA — Grady Hospital officials thought repairs from a pipe burst would be finished in a three to four-month period, however, they now say it may not be complete until October.

They also announced that they are forming a partnership with Emory Healthcare to alleviate space.

Following a 24-inch pipe burst in early December, they said it appeared that the scope of the project required “selective renovation,” meaning that areas within the affected units that were damaged could be selectively identified for mediation and repair without total demolition of the units.

However, on Monday, the hospital announced that it necessitates a “full gut renovation,” meaning the patient care areas adversely affected will be totally demolished and reconstructed.

"Because of this delay, we have taken several steps to ensure the region’s healthcare access is protected," they said in a news release. "Thanks to the Governor and our state partners, we are now able to increase the number of emergency patients we are able to accept."

Under the direction of the Department of Public Health and the Georgia Emergency Management Agency, Grady assumed the role of operating the Atlanta Metro EMS coordination center and "the system is working as intended for all Metro Atlanta hospitals to ensure patients are taken to facilities based on their medical needs. "

Grady is accepting EMS trauma, stroke, STEMI, burn, and behavioral health patients, as well as medicine patients. They said they will continue to work closely with the state, the coordination center, and other hospitals to determine when Grady is at capacity for medicine patients, thus requiring a medicine diversion on a periodic basis.

The hospital is currently handling approximately 80 percent of the number of ambulance transports they cared for prior to the water incident, the news release said. They are also handling the same number of walk-in patients as they did prior to the event and the arrival of a 30-bed mobile hospital from North Carolina has helped expand their emergency room capacity and increase the number of medicine patients transported to Grady via ambulance.

"Since the event, we have worked with other metro Atlanta hospitals on an ongoing basis to care for some patients we have not been able to accommodate," they said.

They also announced that they have formalized arrangements with Emory Healthcare who is making patient care spaces available at two of its hospitals.

"This partnership allows Grady to continue providing the highest level of trauma, stroke, burn, behavioral health, and other specialty care the community depends on, as we undertake the renovations that will bring the hospital back to full service," they said.