Road to family's home slowly being washed away

It's a bit complicated when it comes down to who's responsible for fixing it. 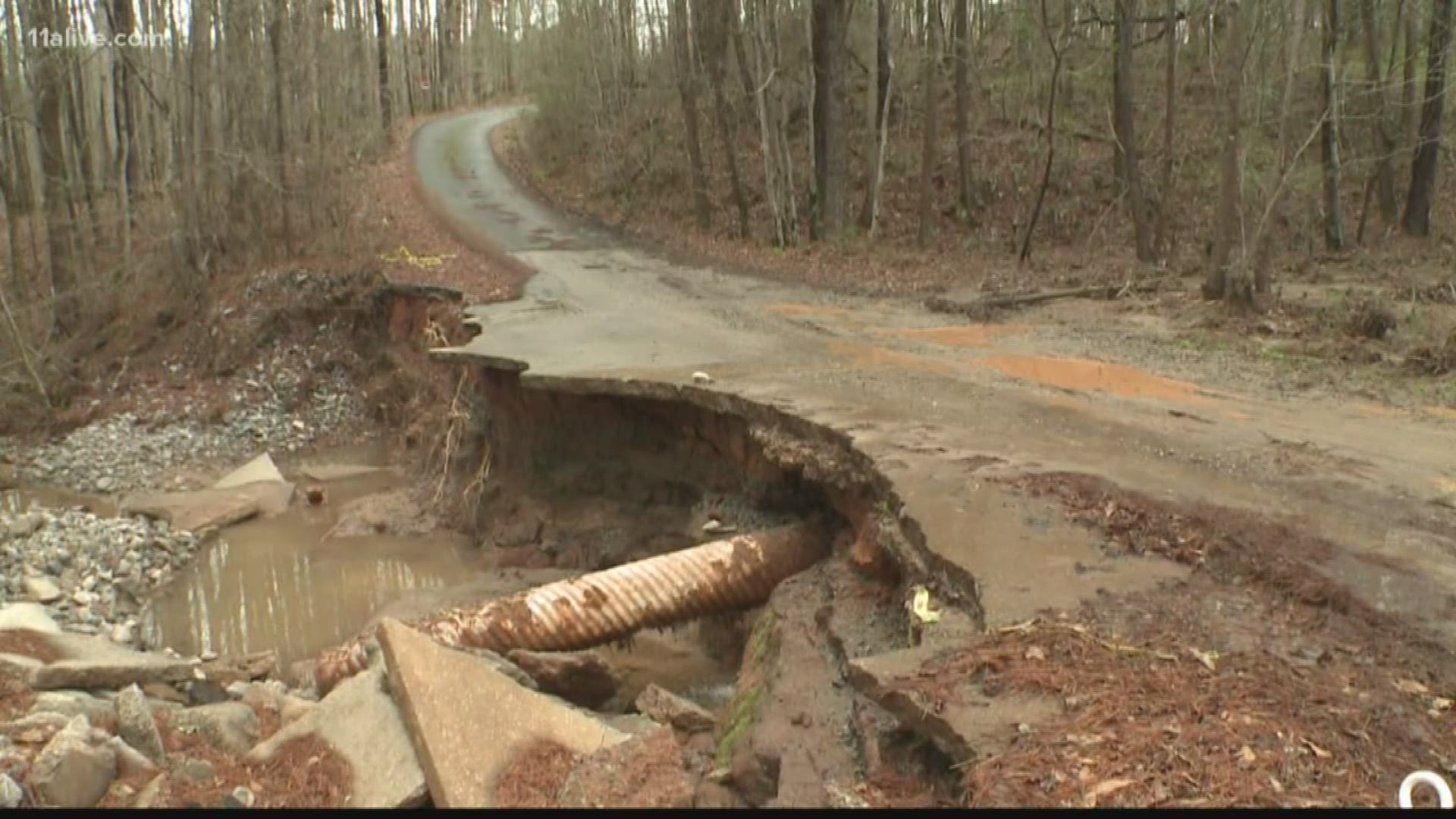 GRIFFIN, Ga. — A family in Griffin is slowly losing access to their home, as the road to their house washes away.

The private drive to Leon Stanley's home is slowly being eroded as water from a nearby golf course runs into a spillway and under the drive.

Last April, a heavy rain came down, and Stanley said it flooded the spillway and turned the drive into a waterfall.

"We was pretty much afraid to drive across it with a vehicle," he said.

When the water level came down, Stanley said he noticed parts of the road had washed away, and over the past year, more rain has caused more of the drive to crumble. Now, he is concerned for his children's safety.

Photos: Family's driveway being washed away

Stanley said he and his wife have four adopted children, ranging in age from seven to 13 years old, and all of the children are medically fragile. If the drive leading to his home - which is on someone else's private property - isn't fixed soon, he worries first responders wouldn't be able to get to them quickly.

"They have medical complex heart conditions, and with emergency response coming in and out of the property, that is a major concern for us right now," Stanley said.

He said the last time EMS came to his home, they refused to cross the spillway, grabbed their equipment and walked the rest of the way to his home.

But, as 11Alive's Joe Henke found out, it's a bit complicated when it comes down to who's responsible for fixing it.

Stanley believes more rain or flooding will turn his home into an island with no road leading to it.

"That is the worse case scenario," he said. "With the amount of rain that we have been getting here in Georgia - and it is always unpredictable - I think this thing is going to slowly keep chipping away."

The City of Griffin confirmed the land is all private property, and a matter for property owners to resolve.

Stanley said he's tried talking with the golf course owner, but the owner stopped responding. But Stanley is hopeful that there can be some sort of resolution.

"Just getting access to the home. In and out without any complications," he said.

11Alive tried to speak with the owner of the golf course, but he wouldn't comment without talking to his attorney.