In addition, sheriff's investigators said they found thousands of dollars in cash and weapons during the seizure. 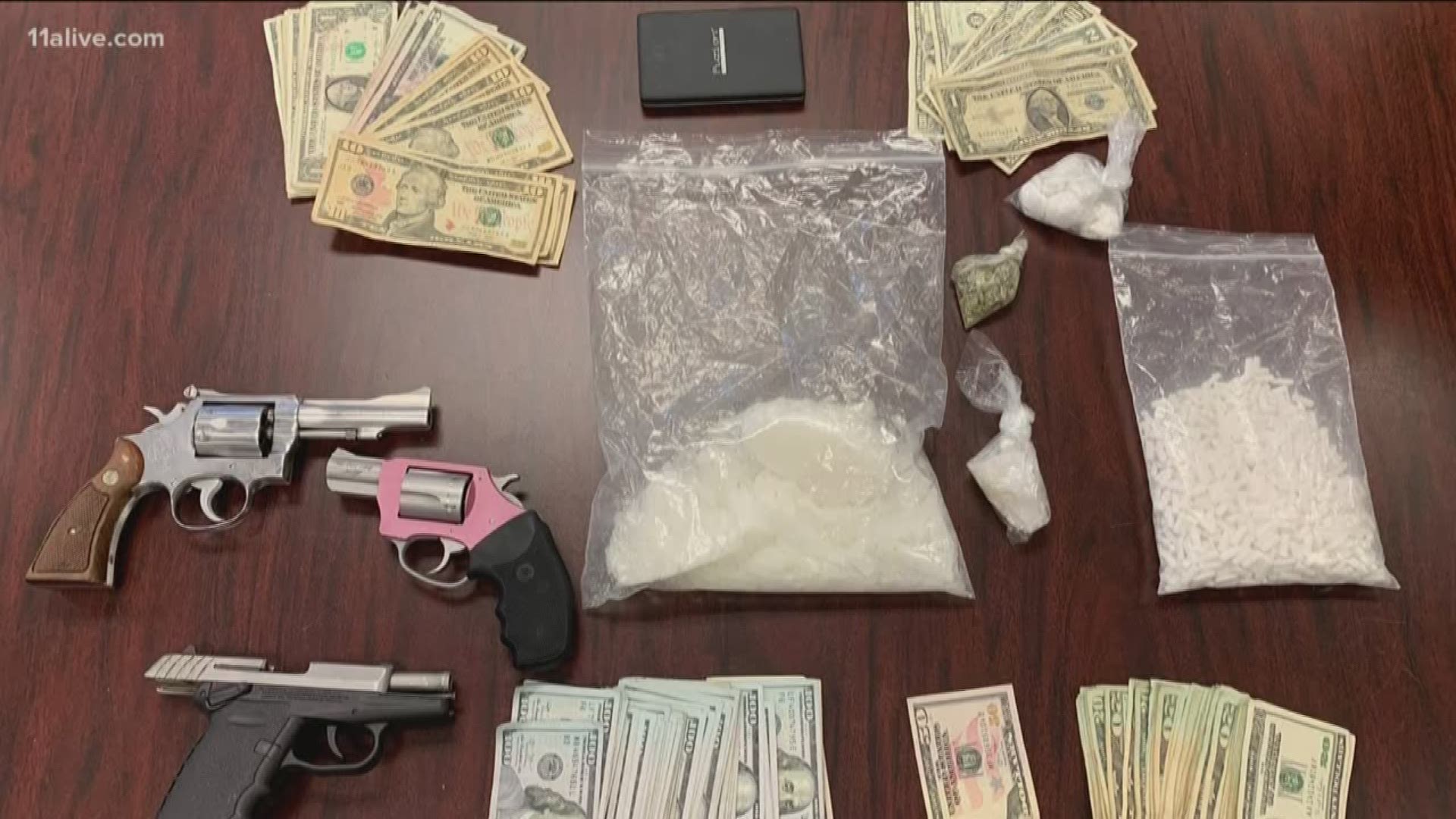 LAGRANGE, Ga. — Two people from Troup County were arrested during a drug seizure that netted a large quantity of drugs and thousands of dollars in cash in LaGrange on Tuesday, according to the Troup County Sheriff's Office.

The sheriff's office said narcotics investigators executed a search warrant at a home in the 1400 block of Davis Road on Tuesday and discovered about a pound of crystal methamphetamine, 867 Xanax tablets, an unspecified amount of cocaine, methadone, a small amount of marijuana and numerous prescription medications.

They said three firearms and more than $9,000 in cash were also discovered inside the home.

Credit: Troup County Sheriff's Office
A drug seizure in LaGrange, Ga., on Tuesday, May 14, 2019, uncovered about one pound of crystal methamphetamine, 867 Xanax tablets, along with an unspecified amount of cocaine, methadone, marijuana, prescription medications, three firearms and more than $9,000 cash.

Christopher Sherman was also charged with three counts of possession of a firearm by a convicted felon.

She was killed outside her home but was never the target. Now, her parents have justice.