The amendment, which goes into effect Nov. 1, says discriminations because of race-based hairstyles and textures is prohibited. 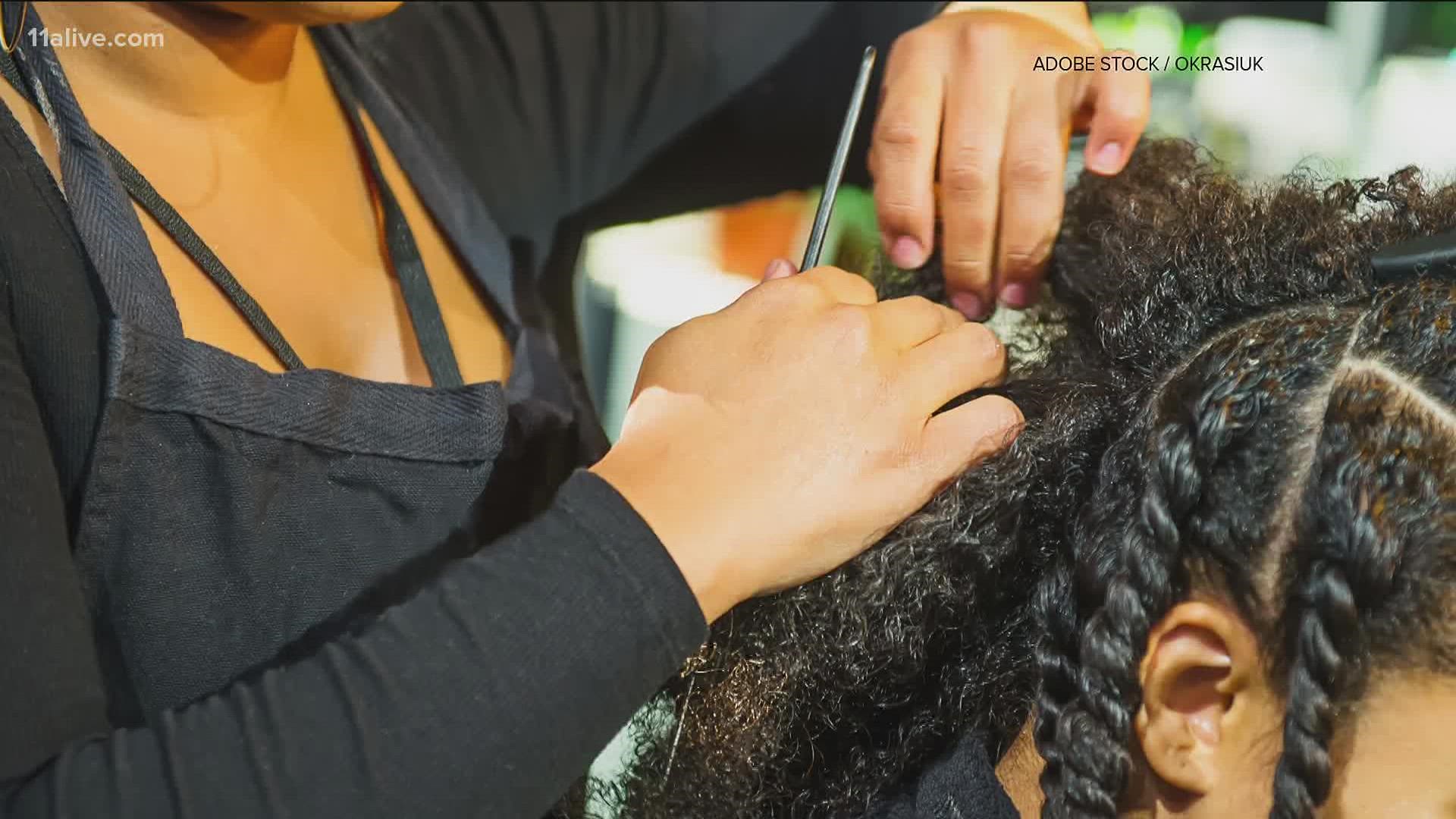 GWINNETT COUNTY, Ga. — Braids, locs, twists, knots — they're all hair fashions most commonly sported by people in the Black community. A law in Gwinnett County will soon prohibit discrimination of those race-based styles and textures.

According to a release from the county, it's part of commissioners' decision to expand the nondiscrimination policy. County leaders say they are drawing inspiration from the Creating a Respectful and Open World for Natural Hair Act, also known as the CROWN Act.

The CROWN Act ensures race-based hairstyles, textures and protective styles are protected in the workplace. The law, which was first introduced in California in Jan. 2019, was considered in the state of Georgia in 2020, but did not pass.

According to data from a CROWN national study, Black women at work are “1.5 times more likely to be sent home” because of their hairstyle.

“Discrimination takes many different forms and it’s important for Gwinnett County to take the lead in identifying and eliminating them,” Chairwoman Nicole Hendrickson said. “People need to know we apply the Gwinnett Standard to our organization as well as to our employment opportunities.”

Gwinnett's policy previously only stated a county employee cannot be discriminated against based on their sex, race, color, national origin, gender identity and expression, sexual orientation, age, religious or political affiliation, marital status or if they are pregnant, disabled, active duty military or a veteran.

“People are multi-faceted with many abilities and in an evolving and diverse community like Gwinnett, we’re striving not to let things like hair styles or family arrangements get in the way of recruiting and promoting the best talent we can find to assist in delivering superior services to our taxpayers,” Vice-Chair and District 4 Commissioner Marlene Fosque said.

The change goes into effect on Nov. 1.