Bradley Downing died in 2018, a month after being severely burned during a bathing. 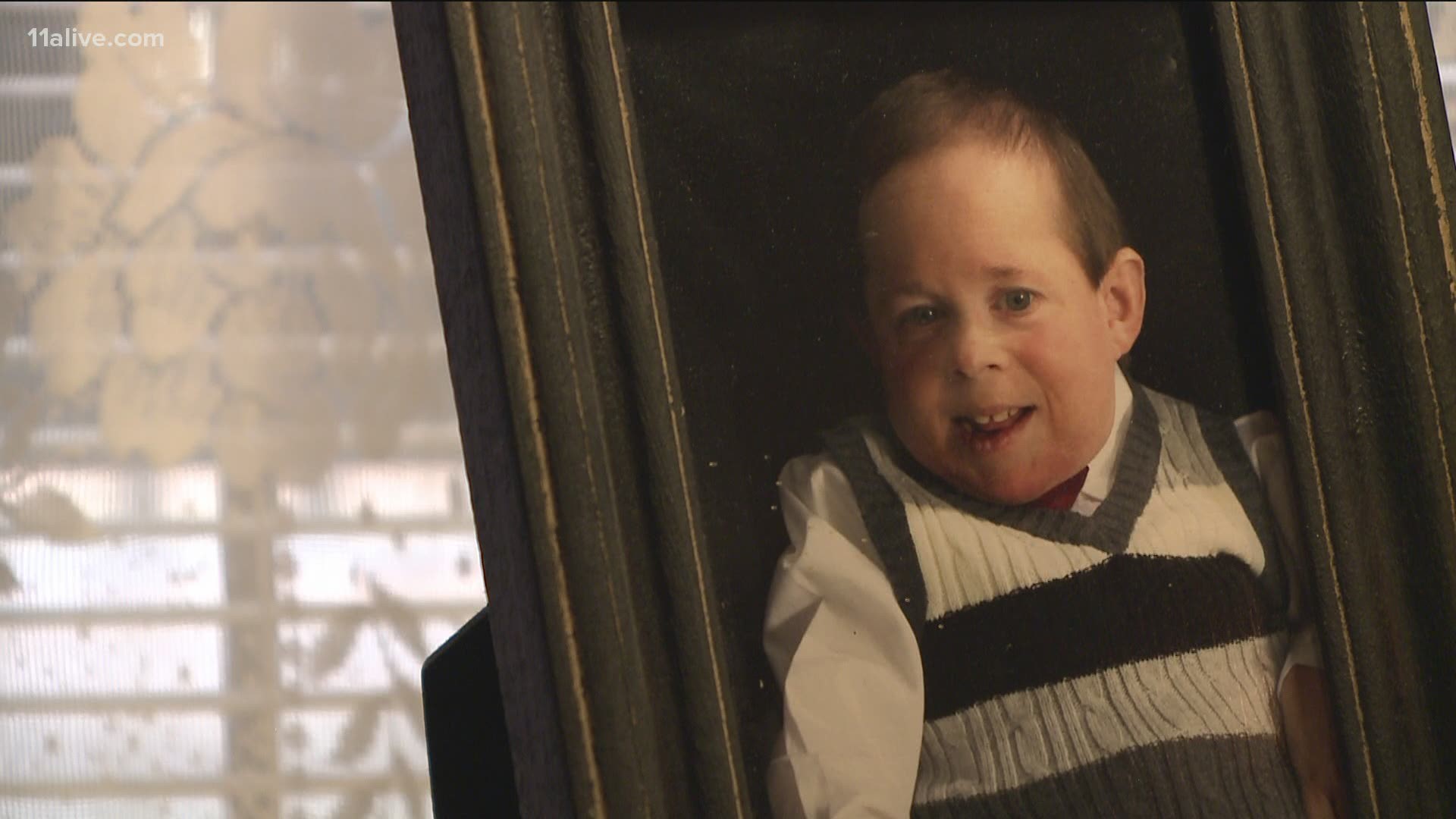 GWINNETT COUNTY, Ga. — An undisclosed settlement has been reached in the wrongful death lawsuit of a 41-year-old man with disabilities who died after being scalded during a bathing with a home caretaker.

Her son, whose disabilities included being unable to communicate verbally, died in the incident in 2018.

The suit had alleged that the caretaker, with the company Complete Care at Home, “sprayed Mr. Downing with scalding water, giving Mr. Downing severe burns."

He “developed complications from the burns" and “died because of those complications," about a month later, according to the lawsuit.

"He was well-loved not only by his family but also by his caretakers and friends in the Lawrenceville community. People were drawn to him because of his happy temperament and sense of humor, complete with a contagious laugh. He enjoyed opera, Broadway musicals and the Jerry Springer Show," the release said. "Mr. Downing brought out the best in others, and for the friends and family members left behind, Mr. Downing’s death emphasized the beauty and fragility of life."

Lloyd Bell, the founding partner of the firm, said that while he never met Downing, "I know he made a significant impact on the world."

“No settlement amount can make this situation better or erase the pain felt by Ms. Downing in losing her son, but we hope this helps create closure for this chapter, and the freedom to move forward in celebration of Bradley and the richness of the life he lived," Bell added.