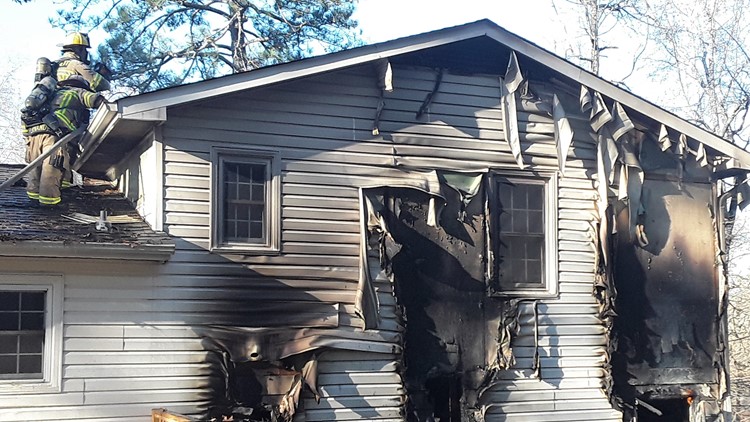 Photo by: Gwinnett Fire
Gwinnett Fire on Brookshire Place near Lawrenceville on Jan. 19, 2019

Fire crews suggest a home has extensive damage and the lone occupant at the time, a dog, has died following a fire in Gwinnett County on Sunday.

Gwinnett Fire crews were contacted around 3:30 p.m. by a concerned neighbor who noticed a house fire in the 3800 block of Brookshire Place SW outside of Lawrenceville.

Crews arrived to find heavy fire in the back of the home, described as a split-level struck with a wood frame and attic. The firefighters immediately entered the home to fight the blaze and search for anyone who may be trapped inside.

While there was no vehicle in the driveway and no one found inside the home, they did find a dead dog as they cleared the residence.

After being called by his neighbor, the resident of the burned-out home arrived as fire crews extinguished the flames. He said he had left the home earlier in the day and was not there when the fire started.

The home was extensively damaged by the fire but officials said the resident declined American Red Cross assistance.

As for the cause, fire investigators think it may have been connected to "discarded smoking materials" on the outside of the home. So far, they believe it is accidental.