A local community and school are heartbroken after a mother of four and a teacher to many more lost her life just days earlier. 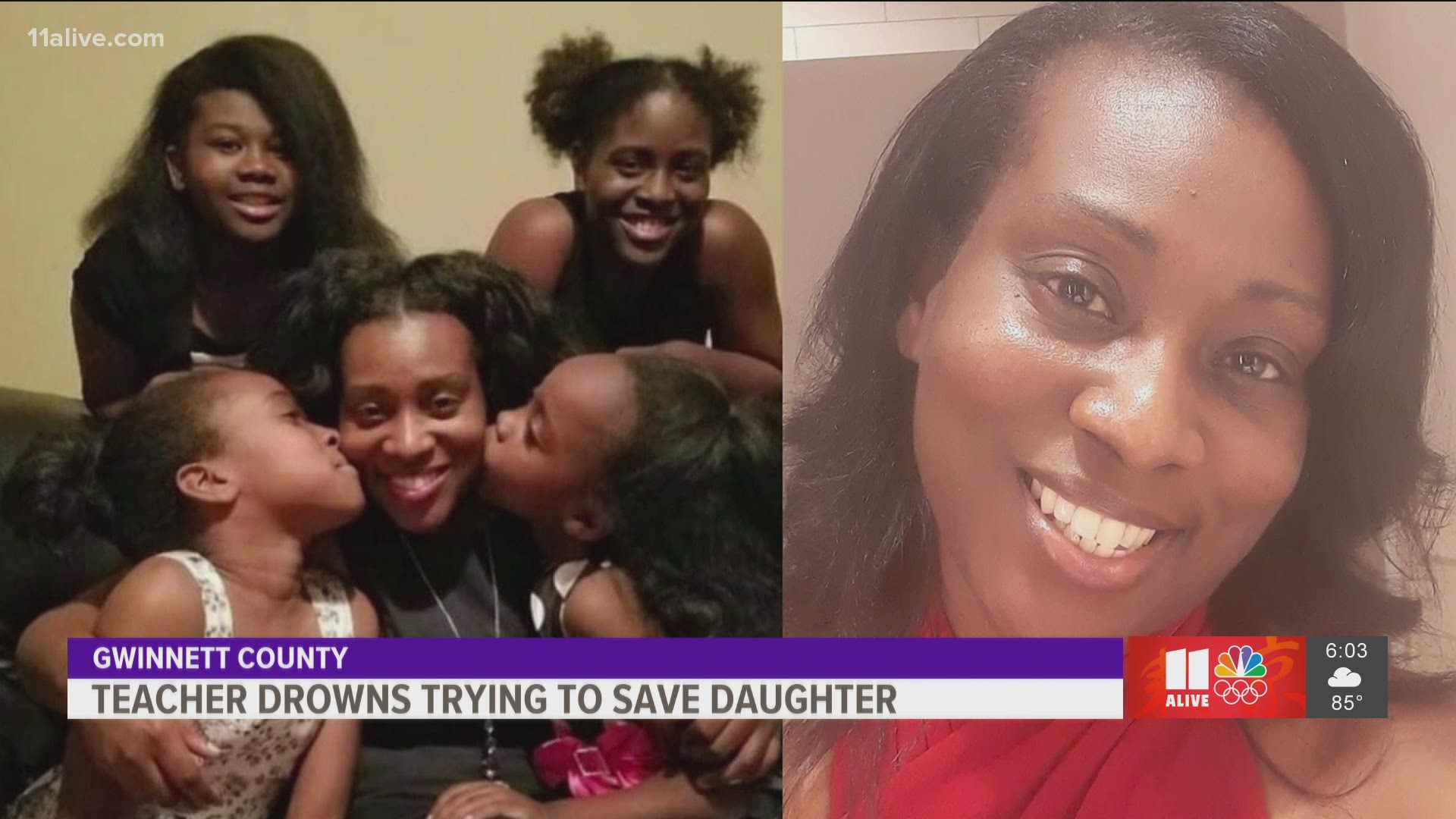 GWINNETT COUNTY, Ga. — Heartache and grief are overwhelming a Gwinnett County community as it mourns the loss of a beloved teacher and mother of four just days after she drowned trying to save her daughter.

Sarah Jackson's youngest daughter went underwater during a family visit to Tribble Mill Park on Labor Day. She tried to save her but took in too much water and died later at the hospital.

Sarah was a special education teacher at Duluth Middle School. Her best friend, Patricia Jackson, also works at the school. She said she remembered hearing the devastating news from the school's principal.

"We had a teacher pass, and I said, 'OK, what do you need me to do? DO you need me to watch their class?' and she said, 'No, it was Sarah,' and that broke everything."

Sarah's brother is in town caring for his four nieces. He described her as the biggest motivation in his life.