A Gwinnett County police officer is under investigation after video of a traffic stop shows him stomp a handcuffed man on the head. 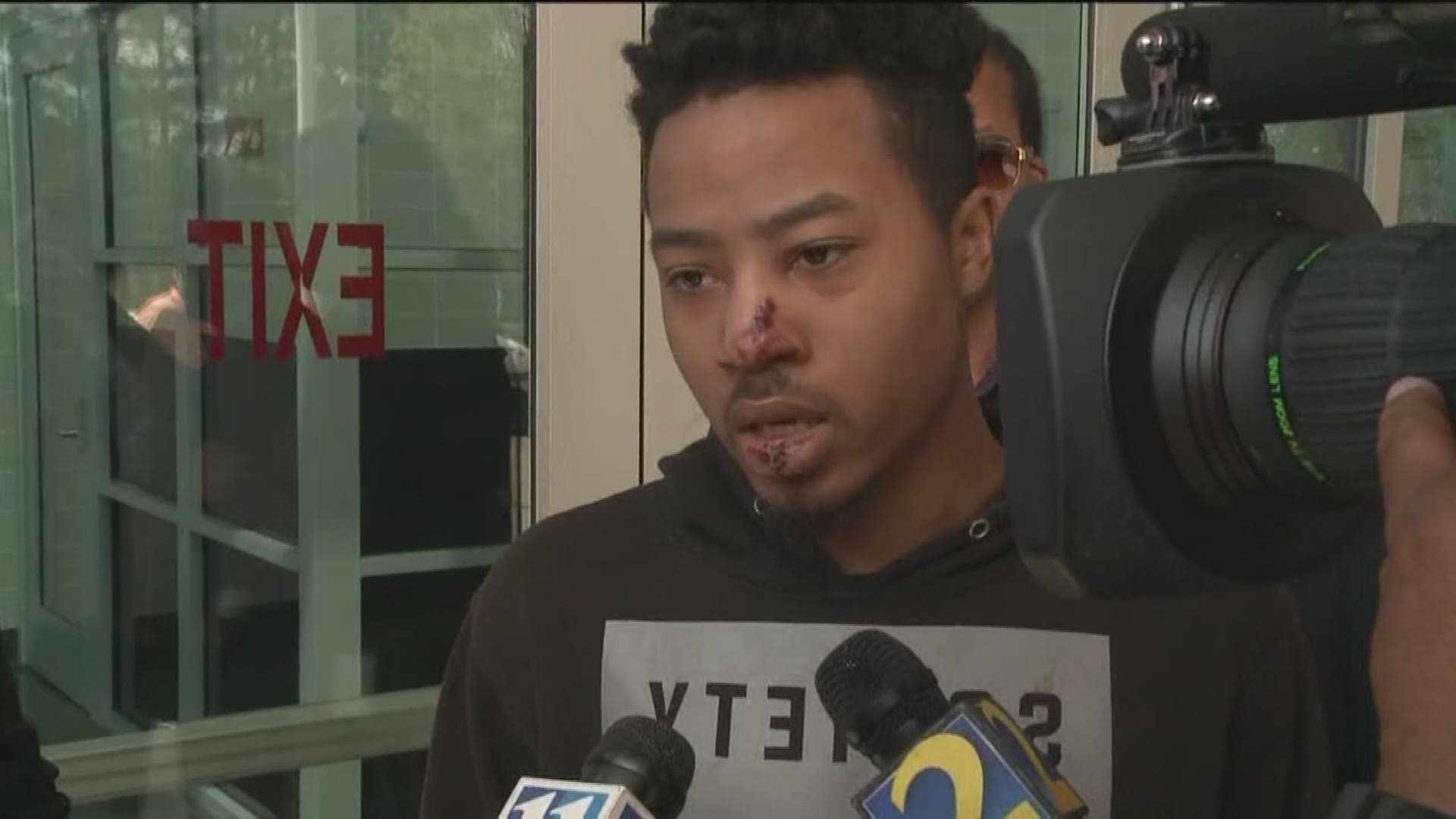 LAWRENCEVILLE, Ga. – A Gwinnett County police officer has been terminated after video of a traffic stop shows him stomp a handcuffed man on the head.

On Wednesday around 4 p.m., officer Robert McDonald responded to assist a supervisor with a traffic stop at the intersection of Sugarloaf Parkway at Lawrenceville-Suwanee Road.

The video, called "very disturbing" by a police spokesperson, was captured on a cell phone by another driver in traffic. An ambulance responded to the scene and treated the man. 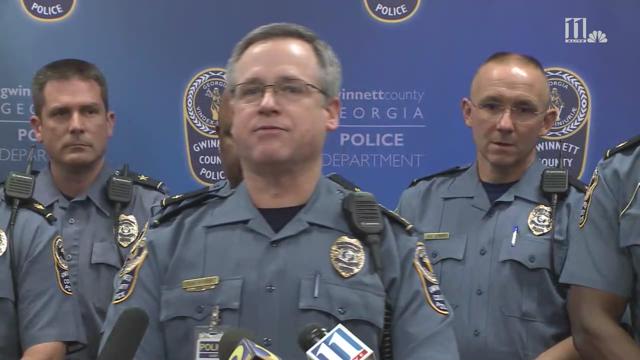 In the incident report, the officer said he stopped the vehicle because it did not have a license plate. There was a blank piece of white cardboard where the tag should have been.

While approaching the car, officers reported the person inside appeared to be placing or grabbing something from under his seat.

Demetrius Hollins, the male in the vehicle, attempted to restart his car. Police told him to leave the car off and pull the emergency brake.

Police report that they smelled marijuana from the car, and officers explained the driver had changed lanes three times without using a signal.

Hollins handed the officer his license and “began to act strange,” according to incident report. He started yelling “I need to call my mom” and “You have to let me go”.

The officer said he realized that he had arrested Hollins on August 17, 2016 for having marijuana and a loaded gun in the car. The officer then immediately requested a backup unit for assistance.

"Sir, calm down and let me do my job. I have to make sure your license is good and that the car is not stolen," the officer said.

Hollins replied, "It's not stolen anymore. They stole it from me but I got it back."

Police then asked him to repeat what he just said. Hollins started yelling, "The kids in the neighborhood stole it so I stole it back. It's mine!"

Hollins was becoming angry at this point, according to police.

Officers were not able to verify the information on the Acura because it did not have a license plate. In addition to allegedly smelling marijuana, officers ordered Hollins out of the car.

When Hollins refused verbal commands to exit, McDonald told him that he was under arrest.

“Get out. You are under arrest. Do it now or I will tase you,” McDonald yelled.

Hollins turned away from the officer. McDonald reported in the incident log that he feared Hollins would reach for a weapon or try to start the vehicle and drive off. In the August 2016 incident, he allegedly reached for a loaded firearm under his seat.

The officer quickly reached into the vehicle and grabbed Hollins by his shoulder.

Chief Ayers is giving a press conference now in reference to Ofc. McDonald's actions yesterday. Behind him is the GCPD Command Staff. pic.twitter.com/LaSSXYQP02

He pulled him out and at first, Hollins put his hands up. The incident reports indicates Hollins resisted. McDonald then deployed his taser. 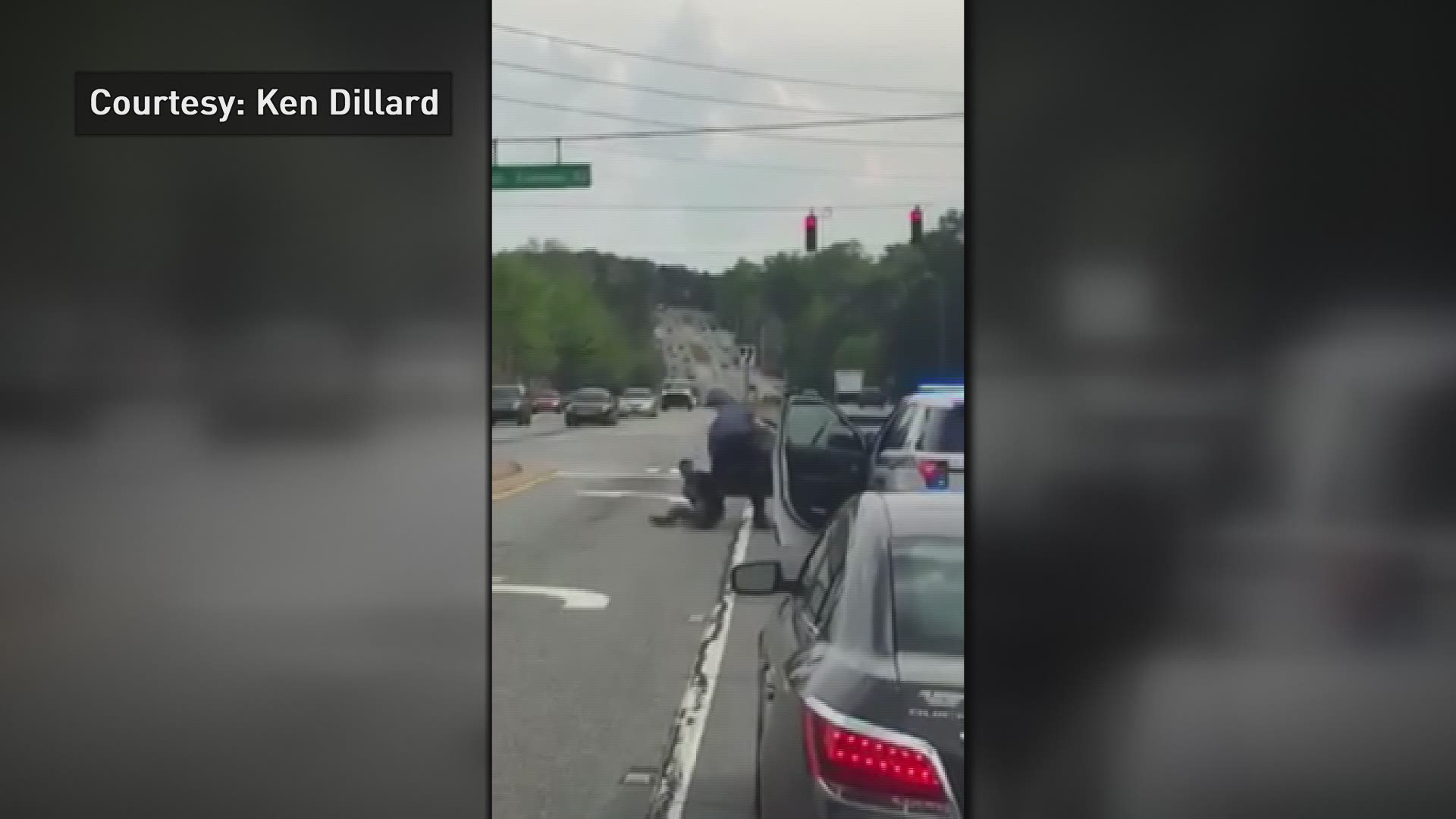 After the arrest, the shift commander initiated an immediate investigation into the incident, according to Gwinnett County Police.

The Police department announced Thursday afternoon they also launched a criminal investigation that will be forwarded to the District Attorney's office.

"What happened yesterday was clearly outside of state law and department policy. We do not tolerate actions that are not consistent with our core values or state law," a police statement said.