One was charged with criminal trespass and the other with obstruction of a police officer. 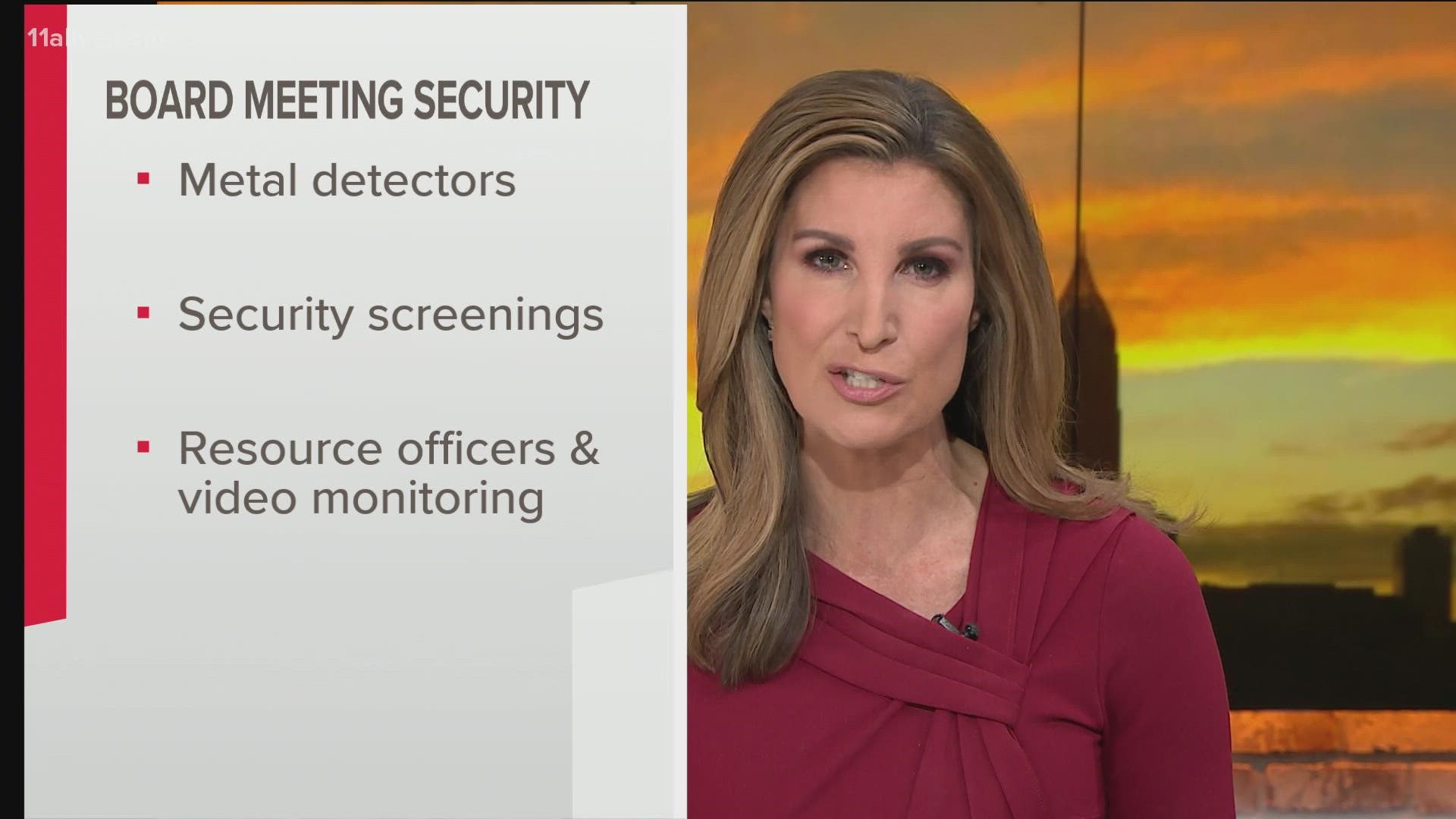 GWINNETT COUNTY, Ga. — School board meetings across the country have become a culture war battleground, particularly over masks, during the past two years when the COVID-19 pandemic began. Metro Atlanta has been no exception.

During a Gwinnett County Public Schools board meeting on Thursday night, two women were arrested and taken into custody.

According to a school spokesperson, one was charged with criminal trespass and the other with obstruction of a police officer. The arrests were made before they entered the meeting.

This week, the district announced they would be using metal detectors for everyone attending their meetings. They also announced that their mask mandate, currently in place, would be adjusted in January and would be on a school-by-school basis based on the number of cases.

"The arrests were not about masks or their refusal to wear them," district spokeswoman Sloan Roach said.

She said one had received a criminal trespass warning "based on behavior at last month’s meeting" and said she was not allowed on GCPS property. "She violated that by attempting to come to the meeting."

RELATED: 'Constantly looking over my shoulder': School board members quitting as meetings get hostile

The other person rushed through the metal detector, Roach said.

"She was stopped and directed back through. During a search of her bag, scissors were found. She was told she could not bring those in. She grabbed for the scissors, struggling with the officer," Roach said.

The Board has been increasing security at meetings since May by adding more resource officers and video monitoring.

"Both of these individuals broke the law and the SROs responded appropriately," she added.