Hundreds have signed a petition, calling for commissioners to condemn the sheriff. 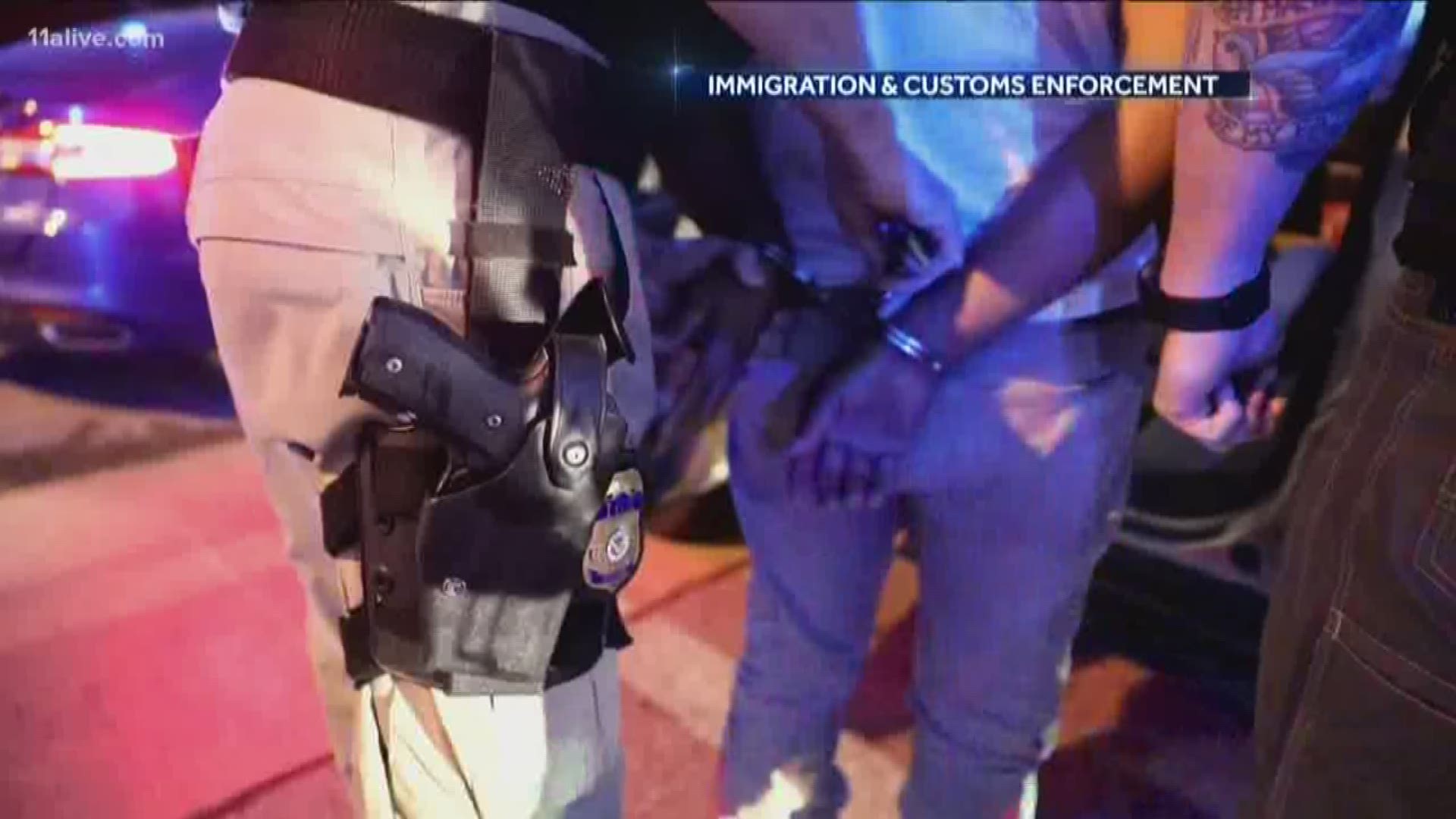 GWINNETT COUNTY, Ga. — Hundreds have signed a petition, calling for Gwinnett County commissioners to condemn the sheriff, after a panel discussion on immigration enforcement turned ugly.

The meeting was meant to address the jail's 287(g) program that the sheriff recently renewed. 287(g) is a law enforcement measure that allows specifically trained officers to check the immigration status of someone once they're already booked in to the Gwinnett County jail on criminal charges.

The program has been met with a lot of outcry, which is why county commissioners held the panel discussion. Last week’s meeting was pitched as a formal way for both sides to learn more about the other side’s position, but in reality, it ended up causing more division.

The county commissioner who organized the discussion cited the changing demographics of Gwinnett County for why the meeting was necessary. According to government data, in 2009, about 18-percent of the Gwinnett population was Hispanic or Latino. Now, the latest statistics show that population has grown to 21.2 percent.

But Carden argues it was inappropriate for the panel to feature DA King.

King runs a pro-law enforcement group called the Dustin Inman Soceity. He founded the society in the early 2000's from his home in Cobb County. Southern Poverty Law Center has labeled it a hate group, but the nonprofit did not return our requests for comment on why.

King told 11Alive's Kaitlyn Ross that while he does support 287(g), he has nothing against immigrants.

"Being pro-enforcement does not mean that you're anti-immigration or anti-immigrant. I am neither of those things, and neither are any of the people on the board of the Dustin Inman Society," King said.

A spokeswoman from Conway's office, an ICE agent, and King all spoke at the meeting in favor of 287(g). While Democratic State Rep. Brenda Lopez, a businesswoman, and an attorney spoke against it.

"Someone from outside the county should not be coming in and giving their opinion on a program that our sheriff's office is pushing and promoting," Lopez said. "It should be the sheriff."

“The panelists who attended last week’s meeting to share the benefits of the 287(g) program did so in good faith. It’s disappointing that Marlene Fosque was not successful in hosting the respectful exchange of perspectives she promised. I appreciate each of our panelists’  fine representation of this program and its importance to our community, despite the antics on display throughout the event.

I don’t know the person who organized the poorly written petition, but he clearly lacks understanding of the program and is the victim of misinformation.”