Neighbors have already expressed concern over traffic if a 2.5 million-square-foot facility is built off of Highway 78. But the latest request for the soon-to-be four-story building will move forward anyway. 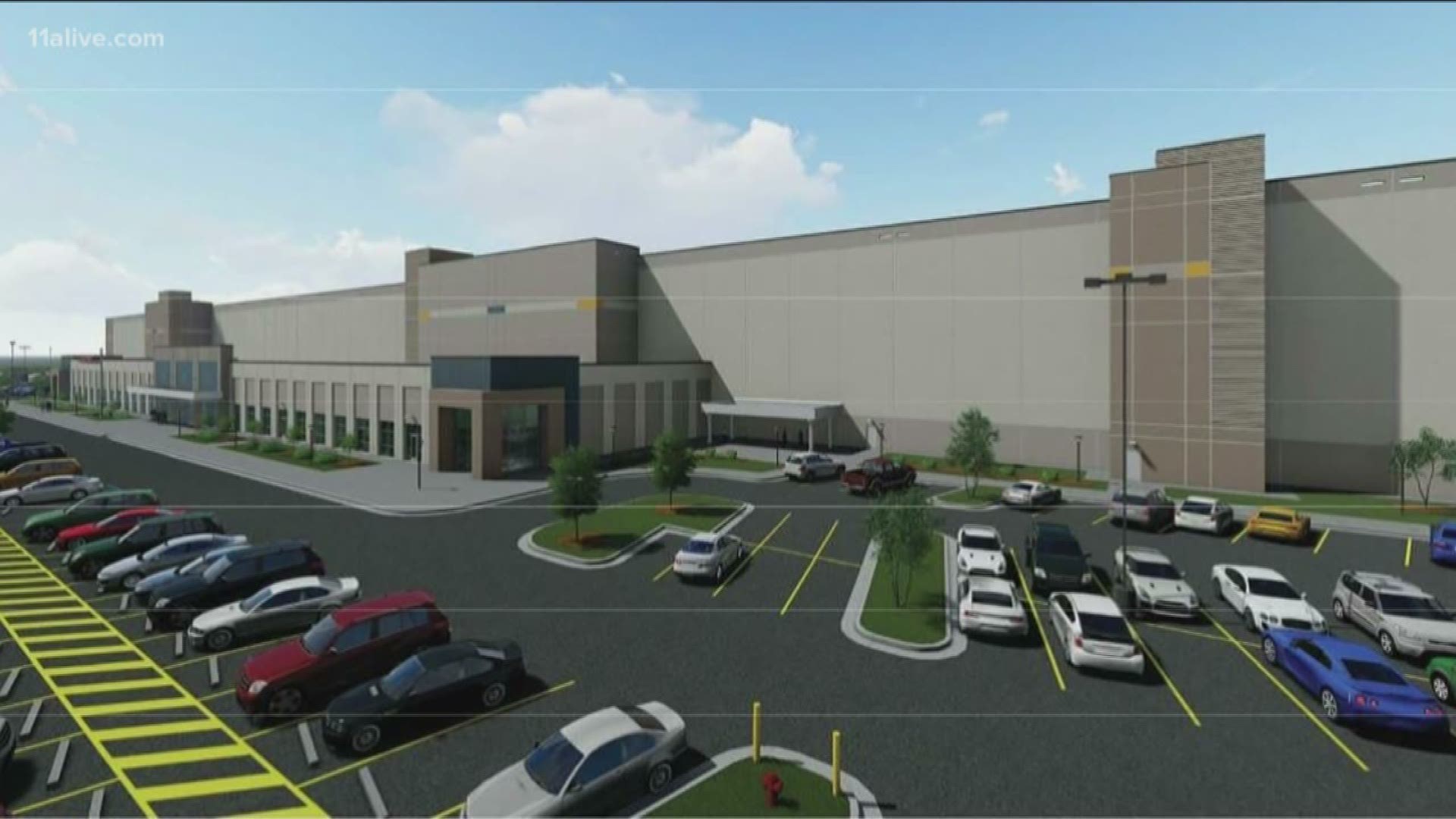 GWINNETT COUNTY, Ga. -- A plan to build a mysterious 2.5 million-square-foot facility on the Gwinnett-DeKalb line reached a crossroads. And after a county vote, it will move forward as planned.

Dubbed "Project Rocket," a company intends to build just off of West Park Place Boulevard and U.S. Highway 78 in Gwinnett County. The Atlanta Business Chronicle reports that, when completed, the 78-acre site could employ up to 1,800 people.

The Atlanta Business Chronicle further reported that some real estate observers believe that the project is similar to projects being constructed by Amazon - a company Atlanta is already hoping will choose it for an even more lucrative second headquarters - dubbed HQ2.

Commissioners, though, aren't talking about the project outside the meetings. So whether the major company has any ties to the project is still as mysterious as the project itself.

Whoever ultimately ends up running the new light industrial development, Gwinnett County commissioners were faced with a decision on Tuesday that would decide a major part of its fate: should they allow the development to rise to its four-story goal and bypass property height restrictions of 45 feet in the process?

The county planning commission found that the height increase wouldn't negatively impact neighbors under special conditions. But the distribution center itself is a point of tension in the community near the property and several spoke out against the plan during a recent public hearing.

Paul Najjar of the nearby Summertown subdivision asked in late August for the commission to deny the special consideration to the new project saying it wasn't suited to the community and adding that it slipped past its neighbors.

"This applicant at best did a poor job of notifying the community on this," he said.

Others expressed concern at the same meeting that traffic would be an issue.

"The traffic in our area is already horrible and I just feel like this would bring a lot more congestion," neighbor Marquetta Irons said. "We do have a lot of wildlife in the area and with this monstrosity, there would be nowhere for them to go - it would push them out."

She said that she felt it would bring the value of their homes down in the process.

But attorney Laurel David with The Galloway Law Group addressed the traffic issues even before residents got up to speak explaining, at length, how planned modifications to the road could actually improve traffic in the area beyond where it is now.

But Demetrius Collete, another neighbor, was still doubtful.

"One of the things you guys need to know is there's going to be like 1,500 to 1,800 jobs coming in - that's a lot of traffic on that road. There's no way you can extend to the point where everybody's able to get on 78 easily as it is," Collete said.

He said that even with a large number of jobs, he didn't feel that the economic benefit would justify the extra strain on neighbors attributing his stance that the wages would likely be relatively low.

The concerns had very little to do with the height of the proposed building itself - rather they were a protest over the project as a whole in hopes that the county would reconsider.

But that reversal didn't happened at a 2 p.m. meeting on Tuesday and the project came one step closer to its goal with a majority vote in favor. David told attendees at a previous meeting that the project is building vertically so that it covers less ground. And that's why, she said, they needed the exception on building height. The building itself isn't expected to be that tall but David said they wanted to make room for elevator towers.

The new project will ultimately have 1,800 employee parking spaces and 207 trailer spaces according to Eberly & Associates in Atlanta.