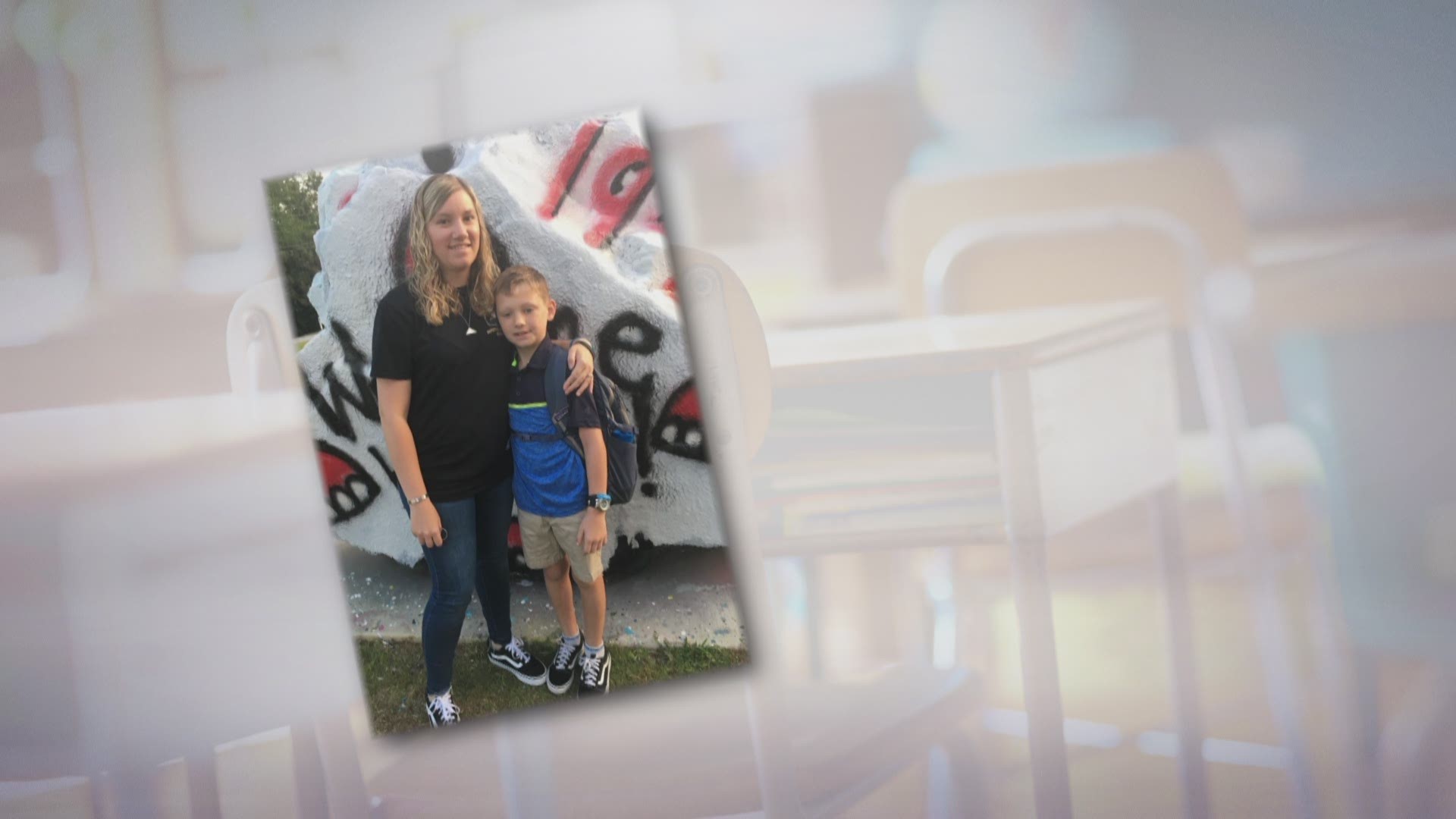 GAINESVILLE, Ga. — Hall County Sgt. Charles Hewell, made a commitment to continue to honor Deputy Nicolas Blane Dixon for years to come after he was killed in the line of duty last month.

Wednesday, Hewell and his brothers got to do just that. Playing a small part in Dixon's son's first day of school.

“I really wanted us to be there to show (Caden) that we weren’t just here for the funeral, we’re here for the remainder. We’re not done being there for him,” Hewell said.

Deputies are seen lining the sidewalk for Caden, following behind him as he walks into school and taking photos.

“The actions of caring and support for both Caden and Stephanie only reinforce what the men and women of our agency already know," Sheriff Gerald Couch said. "The Hall County Sheriff’s Office is a family. We come together as one in both difficult and joyful times.”

On July 7, as deputies were attempting to stop a stolen car they thought was involved in several weekend burglaries. The occupants of the car ran and deputies chased them. The suspects and deputies exchanged gunfire, striking Dixon.

Hewell, Dixon’s sergeant, quickly became one of his closest friends. He was with him on the night of the shooting.

“We will hold the line and honor you for the rest of our lives," he said at Blane's funeral. "I love you.”

Dixon also has a 4-month-old son. A memorial fund has been sent up in honor of Dixon. The money will go to his family.

Sheriff: Deputy's death won't deter them from sworn duties, his legacy will be an honorable one

'We will hold the line and honor you': Community says goodbye to fallen Hall County deputy