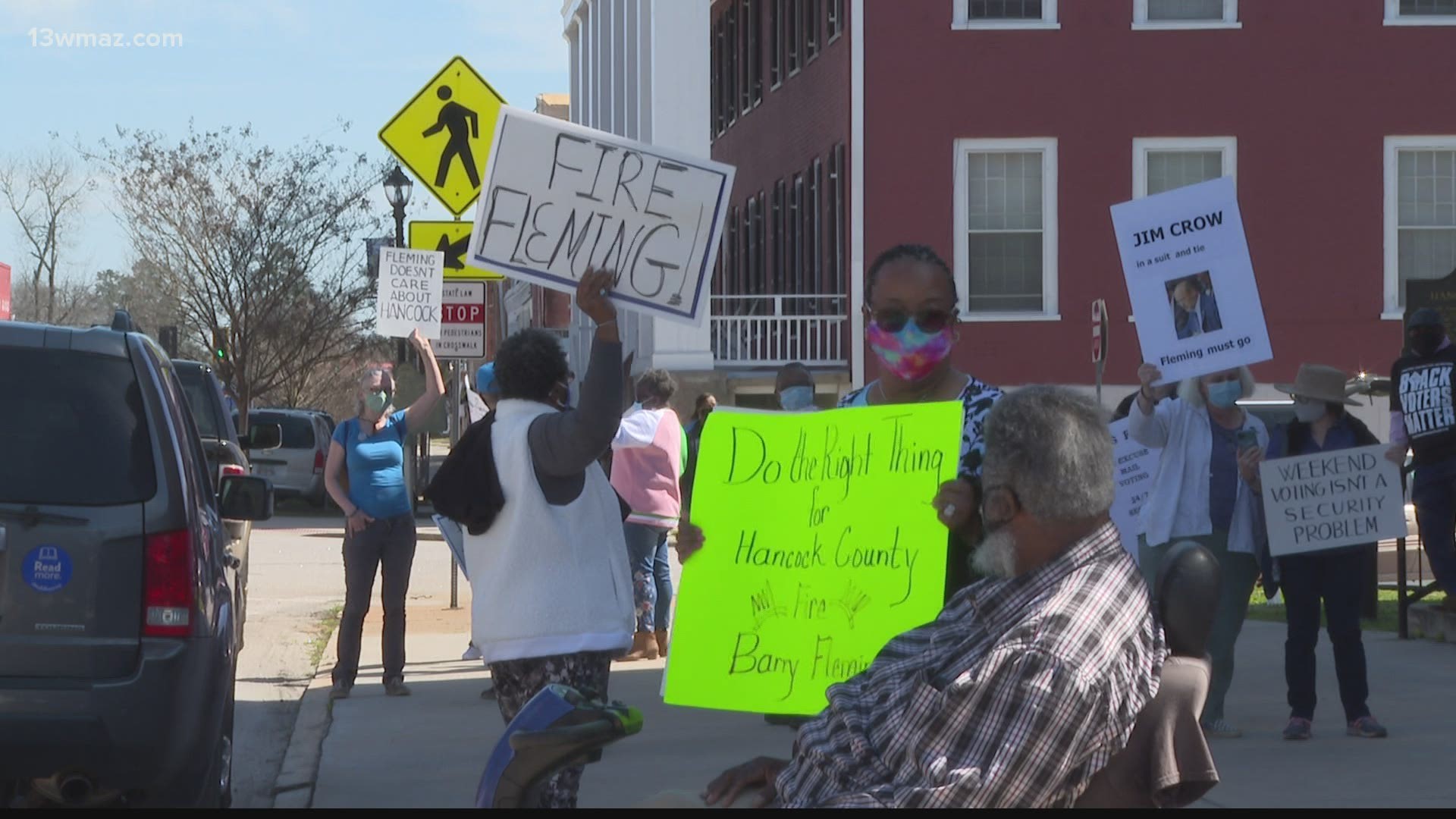 “We have lots of protests at the capitol, but when we have protests in our local communities, that sends a message everywhere,” said participant Jeanne Dufort. “Taxpayers are paying for the guy who's trying to take their voting rights away.”

“It's intentionally set forward to decrease the turnout of the African American community,” said Adrick Ingram, an organizer of the protest.

According to the 2019 Census, Hancock County's population is around 71% African-American.

“In this day and age, in 2021, we should not be at a point we're still fighting for our voting rights,” said Ingram.

It restricts no-excuse absentee voting, prohibits early voting on the Sunday prior to the election, and limits ballot drop boxes.

Hancock's District 1 Commissioner Gloria Cooper told 13WMAZ that they have asked Fleming for a letter of resignation.

Dufort knew the impact a local protest could have.

“Showing our leaders we care enough about this issue, that moves things.”

We called and emailed Fleming's office but have not heard back.