BARTOW COUNTY, Ga. -- A handcuffed man was able to shoot a state trooper in the torso on I-75 Thursday morning, according to authorities. The trooper was wearing a ballistic vest and survived. The suspect was shot several times and died a short time later.

It happened just after 10:55 a.m. with a traffic stop in Bartow County on I-75 south near exit 293 at Hwy 411. The Georgia State Patrol trooper saw a gold Toyota Camry with temporary West Virginia plates allegedly traveling too slowly in the left lane.

A woman was in the driver seat and a man, identified as 27-year-old Kenneth Martin Anderson, was the passenger. The trooper allegedly saw evidence of meth and decided to take the suspects into custody.

After using a fingerprint scanner to find the ID of the male suspect, GSP discovered that he had warrants for parole violation and had been on the run for about eight months, they said.

As Anderson was being removed from the patrol car for a more thorough search, GSP said he did what no one was expecting.

“He turns with his hands behind him and shoots the trooper in the abdomen in the vest,” Captain Mark Perry said.

Perry said the trooper then retreated and was able to draw his weapon and fire back at Anderson. Another trooper entered the gun fight and, according to Perry, fired several more shots into the 27-year-old, who had fallen back into the car.

Both Anderson and the woman were taken to Cartersville Medical Center, where he was pronounced dead.

The trooper was treated and released. The woman, who has not been identified, is being held at the Bartow County Jail, and they do expect to file charges against her.

All we know about the suspect is that he’s a Georgia resident with the criminal history and active warrant.

GSP said they found meth, an additional gun and a significant amount of cash in the car.

Perry said the trooper somehow missed Anderson's gun in the initial search before he was placed in the cruiser. He said that could have been a fatal mistake.

“This was simply a traffic stop for violating what’s called the slow poke law, impeding traffic in the left lane,” Perry said.

It escalated from there.

During the investigation, traffic on I-75 south was blocked. 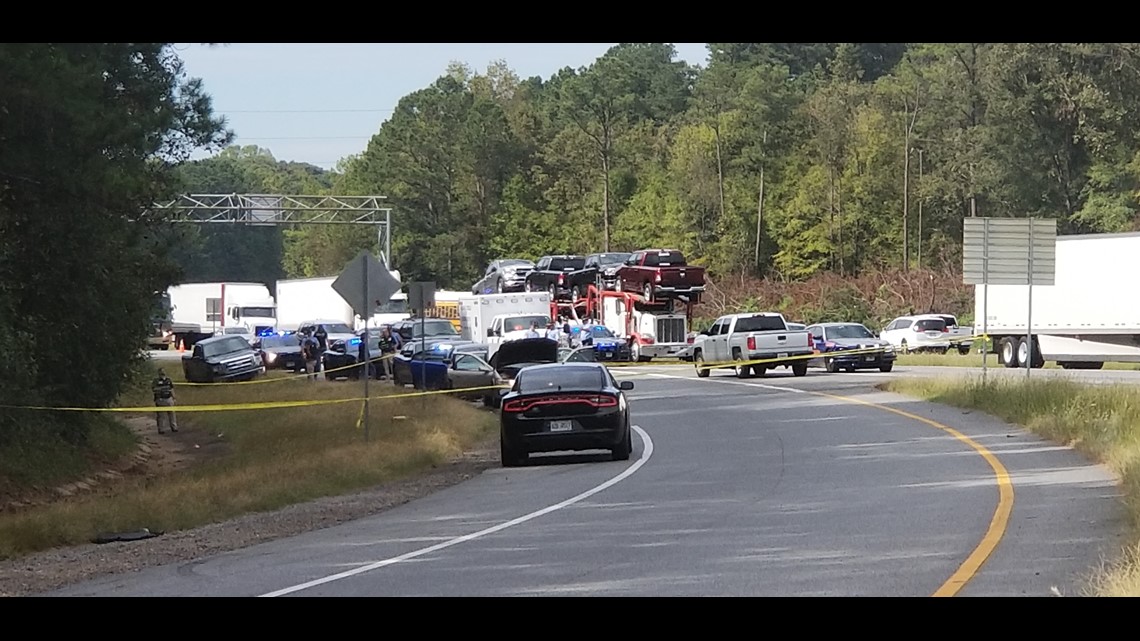