Raynal Aaron shared four defining quotes of his grandfather at his funeral on Wednesday. 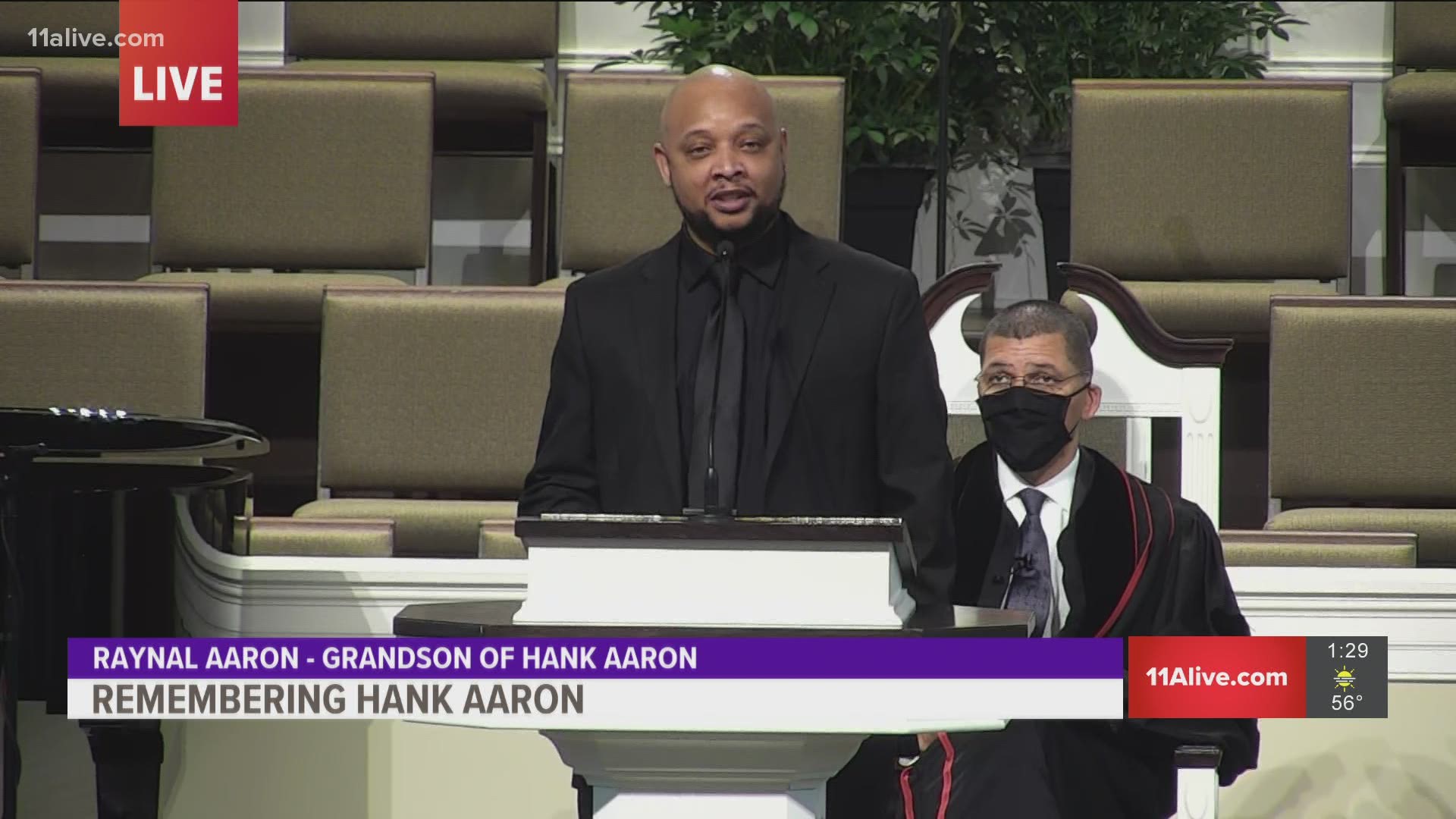 ATLANTA — Baseball legend and American icon Henry Louis "Hank" Aaron is being laid to rest in Atlanta today, in a private ceremony at Friendship Baptist Church.

The funeral for Aaron, who died last Friday at the age of 86, began at 1 p.m.

Aaron's grandson, Raynal Aaron, shared four defining quotes from the legend who came to be known as "Hammerin' Hank" on Wednesday.

"Grandfather, thank you for your love and your guidance, and I'll miss you every day," Raynal said.

Below, you can read those four quotes:

Aaron will later be entombed at the historic South-View Cemetery, where Civil Rights heroes such as Julian Bond and John Lewis are also buried.

Aaron is survived by his wife, Billye, and five children.