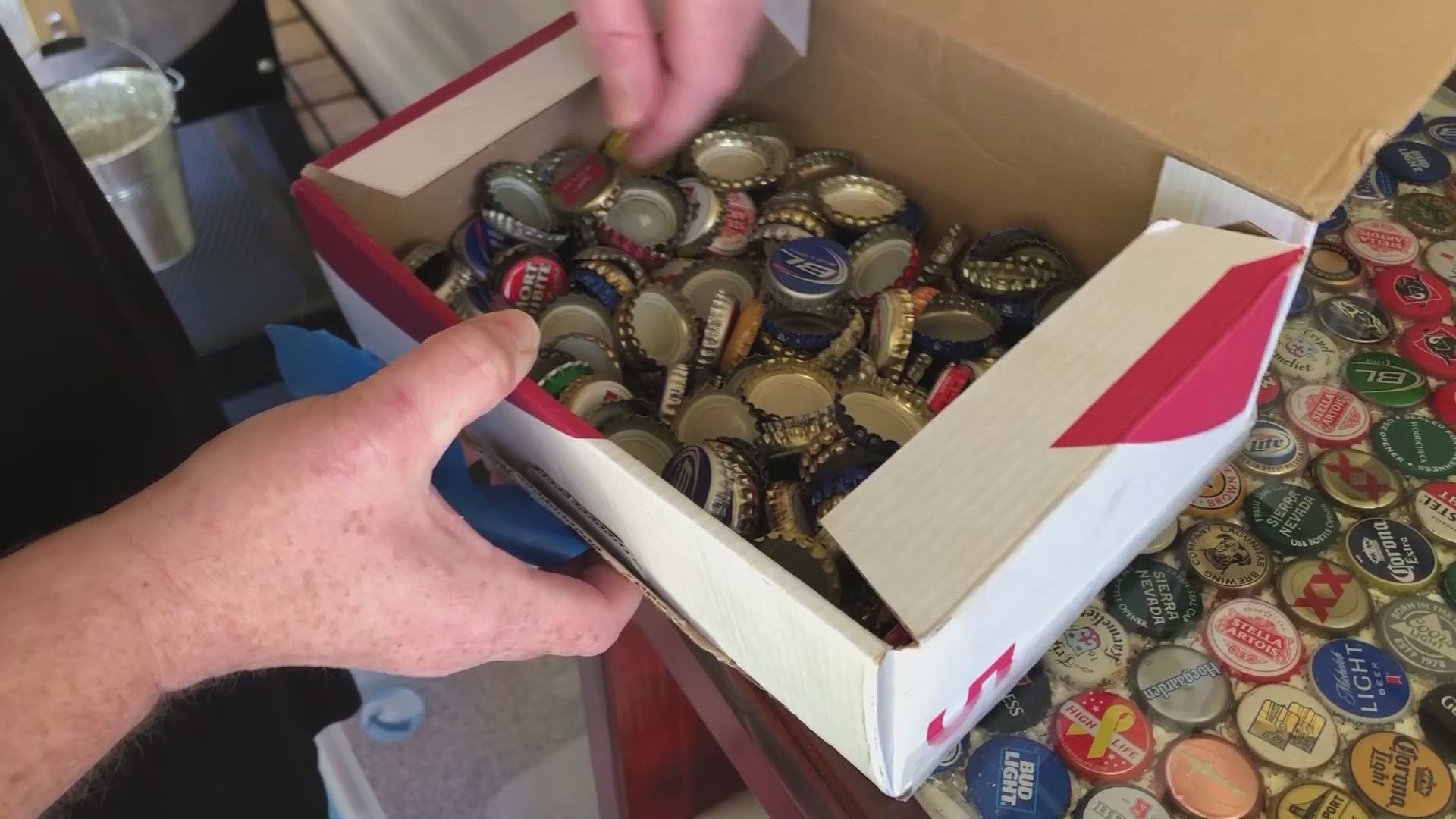 HAPEVILLE, Ga. — DIY projects have been all the rage since the COVID-19 shutdowns turned nearly everyone in the metro Atlanta area into reluctant homebodies.

Stacy Irvine had an idea for a simple patriotic-themed tabletop checkerboard designed out of bottle caps. A simple enough project to be sure until she ran into a snag. Her fiancé, Glen Hooper, only drinks Bud Light and those bottle caps only come in blue.

Irvine has strong ties to the Tri-Cities area. Her family has lived and worked in the area for generations and she herself went to school in Colonial Hills and has even worked at Ft. McPherson since 2002.

“I had seen these little small tabletops that had been done with bottle caps and I said well let's try that,’ says Irvine, “I wanted to stick with the patriotic theme but we had only blue ones from Bud Light.”

However, after receiving literal hundreds of bottle caps from friends and community members, Irvine decided to expand the scale of her project. The furthest-most coming from a friend of Irvine’s who lives in Belgium.

Irvine and her fiancé, Glen participate in regional BBQ competitions and once the idea expanded to an entire bar top table, they altered the design to create an easily mobile to bring along with them to competitions.

The project took several weeks to complete but Irvine is more than pleased with the outcome. She tells My East Point News that while she doesn’t have another planned right away, she would be more than willing to do a similar one in the future.

Meanwhile, she and Glen are looking forward to breaking in their new custom-made bar top table in celebration of the end of the pandemic shutdown.

RELATED:
Ready or Not? | Local companies slow to return to business as usual

A brand new small business opens in Georgia, in the midst of COVID-19 crisis