Hartsfield-Jackson, an overnight haven for the homeless?

Almost 2 years ago, Hartsfield-Jackson issued a policy restricting overnight entrance to its terminals, but the homeless population continues to thrive there. 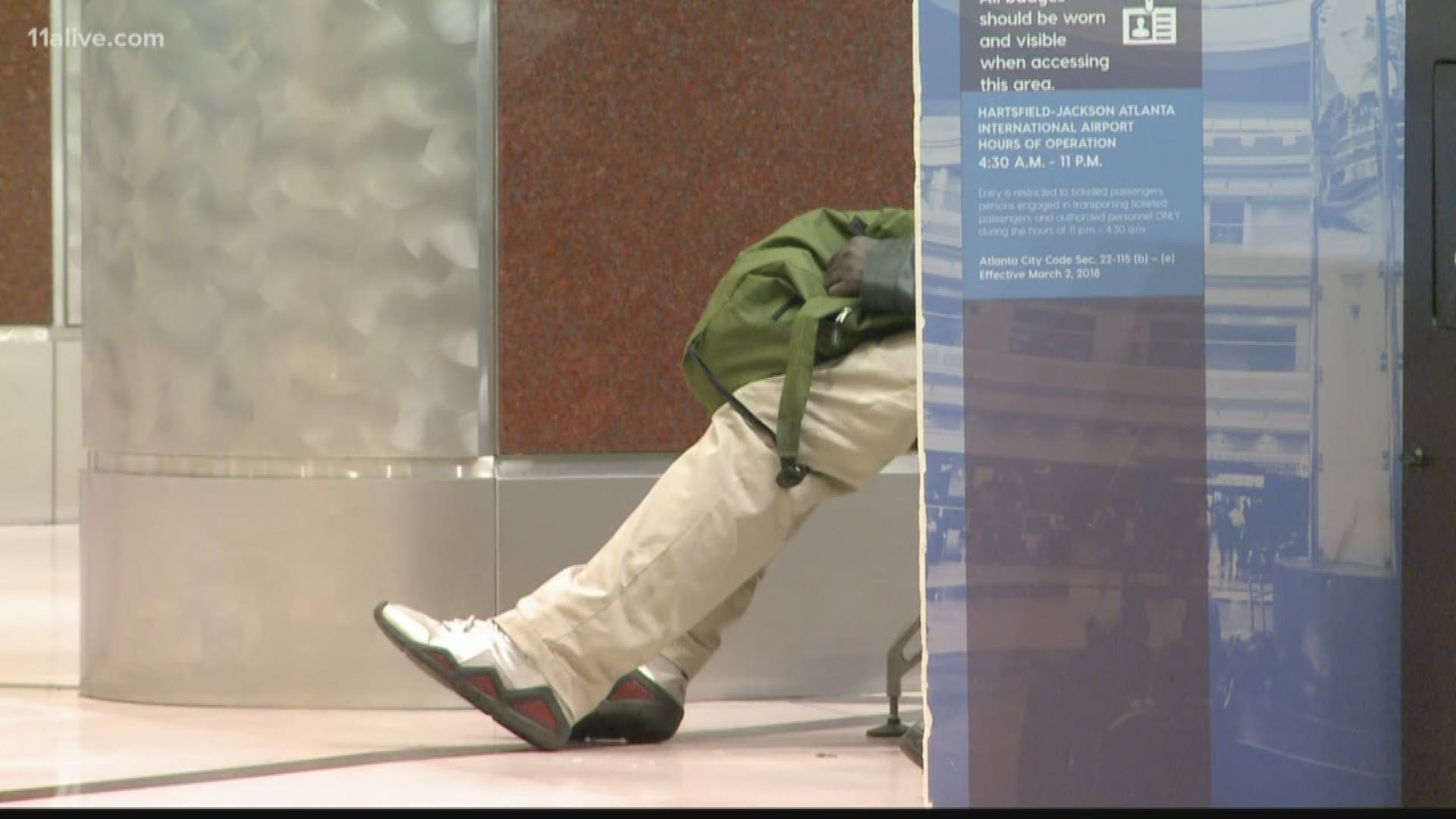 ATLANTA — Atlanta's homeless continue to use the airport as an overnight haven in the nearly two years since Hartsfield-Jackson International Airport instituted a policy closing its terminal doors to all but specific people.

You can blame it on the cold or in the summer on extreme heat, but scores of Atlanta's homeless are again spending their nights at Hartsfield-Jackson.

An airport maintenance worker has dealt with it for years.

For the city’s homeless, the journey starts on MARTA. They arrive on the last trains at night that run until 1 a.m. and they leave on the first trains in the morning heading back to downtown Atlanta starting at 4:45 a.m.

Since April 2018, just after the airport issued its overnight policy, Hope Atlanta, a non-profit, says it has met with almost 4,000 homeless at Hartsfield. They said 75 percent of them have been taken out of the airport, some to housing and shelters.

Jeff Smythe is the executive director of Hope Atlanta. He said he faces a major dilemma with no dedicated places to take the airport homeless.

“I do think that specific beds and specific apartments and specific housing for individuals at the airport would be very helpful," he said. "Having something dedicated is really necessary at this point. In the past, we did have that dedicated space but that dried up over time."

From Hartsfield's director of customer engagement, Steve Mayers, come assurances that the homeless, once identified, are being engaged, but the airport must respect their rights.

“There are many questions being asked about what business do they have in the airport. Are they here to travel?" he said. "For those who we see repeatedly night-after-night, we are engaging with them. We do not want to criminalize homelessness, but we want to engage them again question within their rights.”

Smythe and Mayers are working hand-in-hand to reduce and end the cycle of overnight homelessness at the airport and they agree it speaks to the greater issue of unsheltered homelessness not only in Atlanta but throughout the country.

Hope Atlanta points out there's not an overnight shelter for the vast majority of the homeless people taken from the airport; so, they end up on the street.

As for whether the closure fo the Pine Street shelter is impacting the homeless population, the city will hold its annual count of unsheltered homeless people in the coming week. It will also allow others to take a harder look at the number.