A man watches a driver swerving on the road in front of him. He thinks it’s a drunk driver getting ready to hit someone. He calls 911 ... but got put on hold. 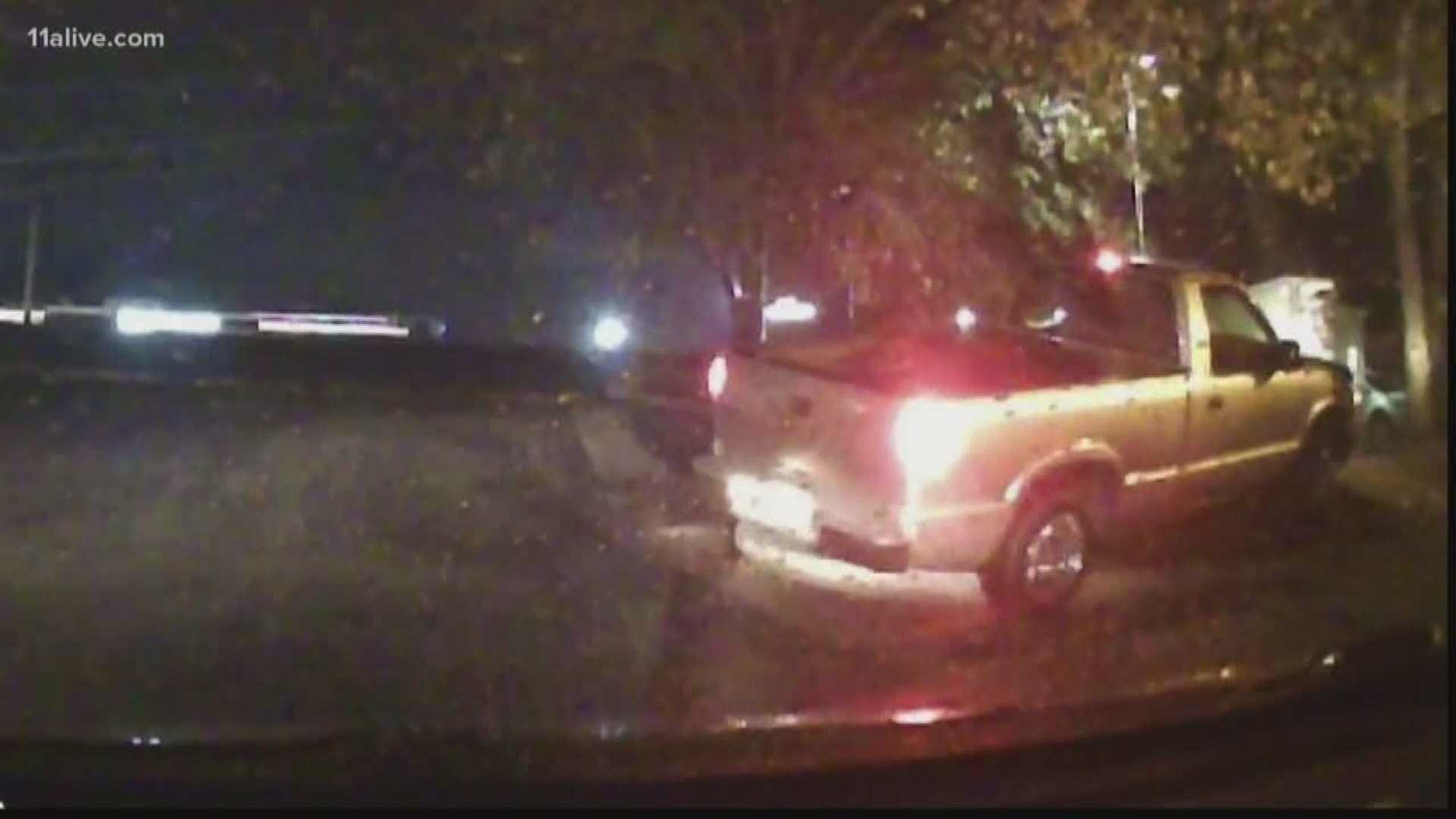 He and two friends were in a parking lot in Snellville around 9:30 p.m. Nov. 15, when he saw a truck cross their path.

“He’s already starting to cross the lanes - there he goes right there,” he said, pointing out to 11Alive's Hope Ford what he saw that night. “He jumps the curb and almost hits a power box behind the Chili’s, and we’re freaking out going, 'oh my God is he going to hit me?'”

Romano followed the driver - catching everything on his dashcam.

“I’m honking at drivers trying to warn them," Romano recalled. "He’s swerving left and right, and he goes so far over someone has to go around him in the middle of the road.”

During all this, Romano’s friend calls 911 … but gets this response: “Thank you for calling 911 operator message.”

RELATED: Lost on the Line: How 911 is still broken

His friend was put on hold. In Romano's dashcam video, shared to 11Alive, you can briefly hear the 911 hold message over his honks.

"All operators are busy," the message says.

“We gotta get through to somebody, he’s going to kill someone,” Romano said.

Then, the unfortunate happens: the driver- in the wrong lane - crashes head-on into another car near the intersection of Bethany Church Road and Ciji Circle.

After the accident, Romano jumps out - running to help the woman whose car was hit, and still … they couldn’t get 911 on the line.

“Myself and some of the bystanders we’re all trying to get 911 and we’re all still on hold," he recalled.

Eventually, they got through, and police arrested Marion Childs and charged him with DUI-alcohol and failure to maintain his lane. Three people - including Childs - were hurt in the accident with minor cuts.

“He had a little blood coming down his face and he’s stammering around and he’s really agitated,” Romano explained.

They booked him into the Gwinnett County Jail, but he bonded out the same night, according to jail records.

After Romano brought his encounter to 11Alive, we asked Gwinnett County 911 why Romano’s call was placed on hold. A spokesperson would only say the time this incident took place - between 8:30 and 9 p.m. - is one of the busiest times, because more cars are on the road, and it can result in more accidents. The spokesperson added that the flood of calls to operators can lead to those hold messages, even when the call center is fully staffed.

Romano understands the high call volume explanation, but what he can’t understand is why some people repeatedly choose to drive drunk.

“It’s the 21st century. We all know this. It’s simple arrogance at this point,” he said.

RELATED: Caught & Released: The evidence was there. So why did a judge throw out 27 DUI related cases?

The man arrested, Childs, told police he only had one drink, but receipts in his pocket reportedly showed seven drinks were purchased in a little less than two hours - right before the crash happened.

Jail records show Childs has a prior DUI arrest from 2013.