'It's like we are not valued' | Henry County family sees similarities in case for their grandfather, Breonna Taylor

'They're getting away with it because they have a badge.' The family said they feel fortunate their grandfather wasn't killed when authorities broke down the door. 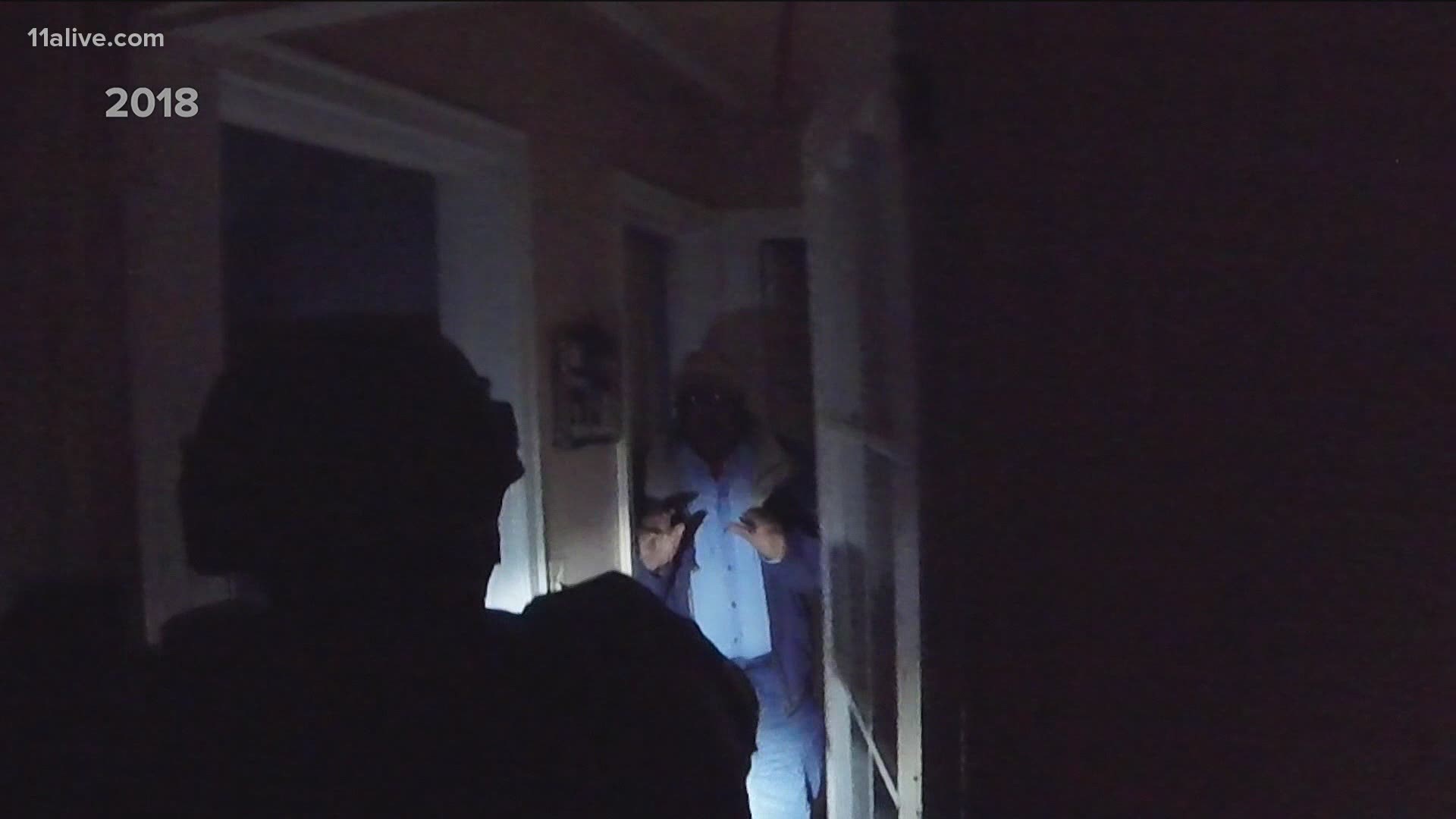 HENRY COUNTY, Ga. — The Breonna Taylor case felt particularly close to home for a Henry County family who said their grandfather was the victim of a no-knock warrant when officers raided the wrong home in 2018.

Bodycam video shows deputies were confused about which house they were heading to, but only fully realized the mistake after bursting into the wrong home and handcuffing Onree Norris, who was 79 years old at the time.

Norris' grandchildren said the grand jury decision in the Louisville, Kentucky case involving Taylor is particularly hard for them. They are also fighting for accountability in their own case.

They are taking the deputies involved to appellate court, after a lower court ruled the deputies had qualified immunity for their actions. Hearing the news that the officers in Taylor's case weren't charged with her death, they said, was heartbreaking.

"It was some devastating news to hear, that those officers weren't going to be held responsible," LaCristy Johnson, Norris' granddaughter. said.

"As a Black woman, it's like we are not valued as whole humans," she said. "That's what it feels like. And I'm just wondering, what is it going to take for some people to see that?"

Johnson said she sees a lot of similarities between what happened to her grandfather and what happened to Taylor. Both police entries stemmed from a drug investigation. Taylor and Norris were both innocent. And neither one knew it was law enforcement who had entered their home.

"It can happen to anyone," she said. "My grandfather was in his home, watching the news. And all the sudden, the police come in on him."

She added her family feels fortunate that their grandfather wasn't killed when the Henry County Sheriff’s Office Special Response Team broke down his door.

The department has not responded to 11Alive's requests for comment, and neither have the attorneys representing the deputies involved.