Atlanta's oldest man, who saw the likes of FDR and Jack Dempsey come to the city, passes away at 105

Herbert Brimer turned 105 back in July and spoke to 11Alive Anchor Jeff Hullinger about his vast collection of Atlanta memories. 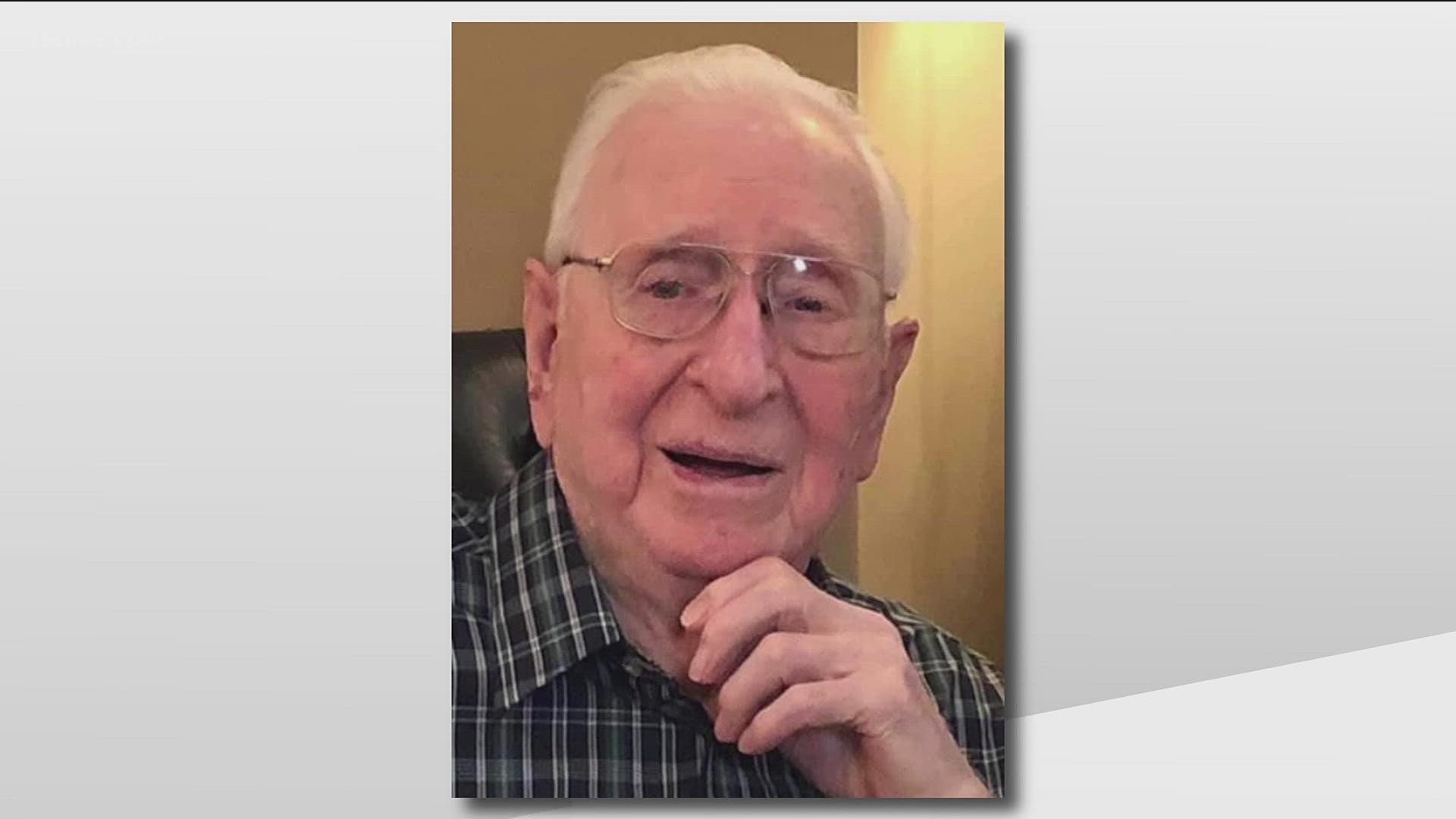 ATLANTA — The oldest man in Atlanta, Herbert Brimer, has died at the age of 105.

Brimer, who saw the likes of FDR and Jack Dempsey come to the city, had turned 105 back in July and spoke to 11Alive Anchor Jeff Hullinger, sharing some of his vast collection of Atlanta memories.

Brimer was a marvel with over a century of Atlanta life, who had a face-to-face encounter with the boxing legend Dempsey when he was in town.

“I had the telegram to deliver to the Ansley Hotel downtown, I asked the desk clerk if I could take it to his room. I was surprised when he said yes. So, up I went," Brimer told Jeff back in July.

That experience came when Brimer was just a boy, a Western Union assignment which placed him in front of a heavyweight champion and American legend.

“I knocked on the door, and it opened, and there he was — Jack Dempsey. I’ll never forget. Enormous. He tipped me a shiny quarter,” he said.

Atlanta’s oldest man Herbert Brimer has passed away at 105. He was born at home in 1916 off Hayward Street. Mr. Brimer saw Charles Lindbergh, Jack Dempsey & FDR here, “I have out lived everyone from my world, I can’t explain my long life but I’m grateful.”https://t.co/vOXcBEhcQQ pic.twitter.com/BtbhVJ40YX

His personal recollections touched luminaries from FDR to Charles Lindbergh, to moments like the movie premier of "Gone With The Wind."

"I was in Hapeville, waiting for President Roosevelt to pass through on his way to Warm Springs. We were all along the tracks and saw him sitting on the last car, he waved to all of us," Brimer told Jeff.

Then there was Charles Lindbergh's arrival. The legendary aviator "Lucky Lindy” was honored by Atlanta Mayor Isaac N. Ragsdale and Georgia Governor Lamartine Hardman in October 1927 after he'd made history with the first transatlantic flight earlier in the year.

If you're familiar with Atlanta's Lindbergh neighborhood, you can thank Charles Lindbergh's address to 20,000 people at Grant Field that year for the name. After the address, Mayson Street became Lindbergh Drive linking Piedmont and Peachtree.

"I remember how excited we all were when Charles Lindbergh came through Atlanta after he made it to Paris," Brimer told Jeff.

He recalled the momentousness, too, of the 1939 debut of "Gone With The Wind."

"My mother drove to the airport and greeted Clark Gable. Big crowd. Everyone was proud of the premier," Brimer said.

Herbert Brimer was born at a home in Atlanta in 1916, the son of a Coca-Cola salesman who attended the famed Tech High before leaving while in 10th grade for the Western Union delivery boy job. His first job as a kid was delivering prescriptions for the East Atlanta Pharmacy, and during the hard times of the Depression he caddied at Piedmont Park Golf Course and sold newspapers at the Hurt Building.

The odd jobs of his childhood brought him into contact with yet another significant figure of his day.

"I sold popcorn at the airport (Candler Field). There were two runways and only two planes to be seen, each were owned by barnstormers, one of them, Bill Blevins," Brimer said in July.

Blevins is one of the most famous men in Atlanta aviation history, a flight instructor, barnstormer and the man who convinced William Hartsfield to choose the abandoned race track as the site for what is now one of the world's most significant airports.

Brimer's memories of Atlanta stretched back farther than even the Fox Theatre's - as a boy, he and his brothers played in the giant sand and dirt pile while it was being constructed in 1928.

During the summer in the 1920s, Brimer and his brothers would swim at the Grant Park Pool.

"The tradition of the time was for people to throw coins at us and they would land in the bottom of the pool and we would dive to the bottom, we had no pockets, so we would put all the pennies and nickels in our mouth and swim back up," Brimer told Jeff.

Brimer served with "Roosevelt's Tree Army," the Civilian Conservation Corps in North Carolina, and was drafted in World War II. That led to duty at Fort McPherson, then to Florida to teach radar, and then decades of service with the U.S. Army as a civilian worker in logistics assignments — including the Atlanta Army Depot. His military career took him to Saigon and Berlin, too.

Brimer raised three girls and was married for decades to Marie, who passed away years ago. He retired in 1976 and took to playing golf and gardening.

By his 105th birthday, Brimer spent much of his time listening to books on audio, focusing on fiction and politics. He loved southern food and a drink, in moderation of course.

As he reached 105, his vision had faded but his mind was still clear and sharp.

“I have out lived everyone from my world," Brimer told Jeff. "I can’t explain my long life but I’m grateful.” 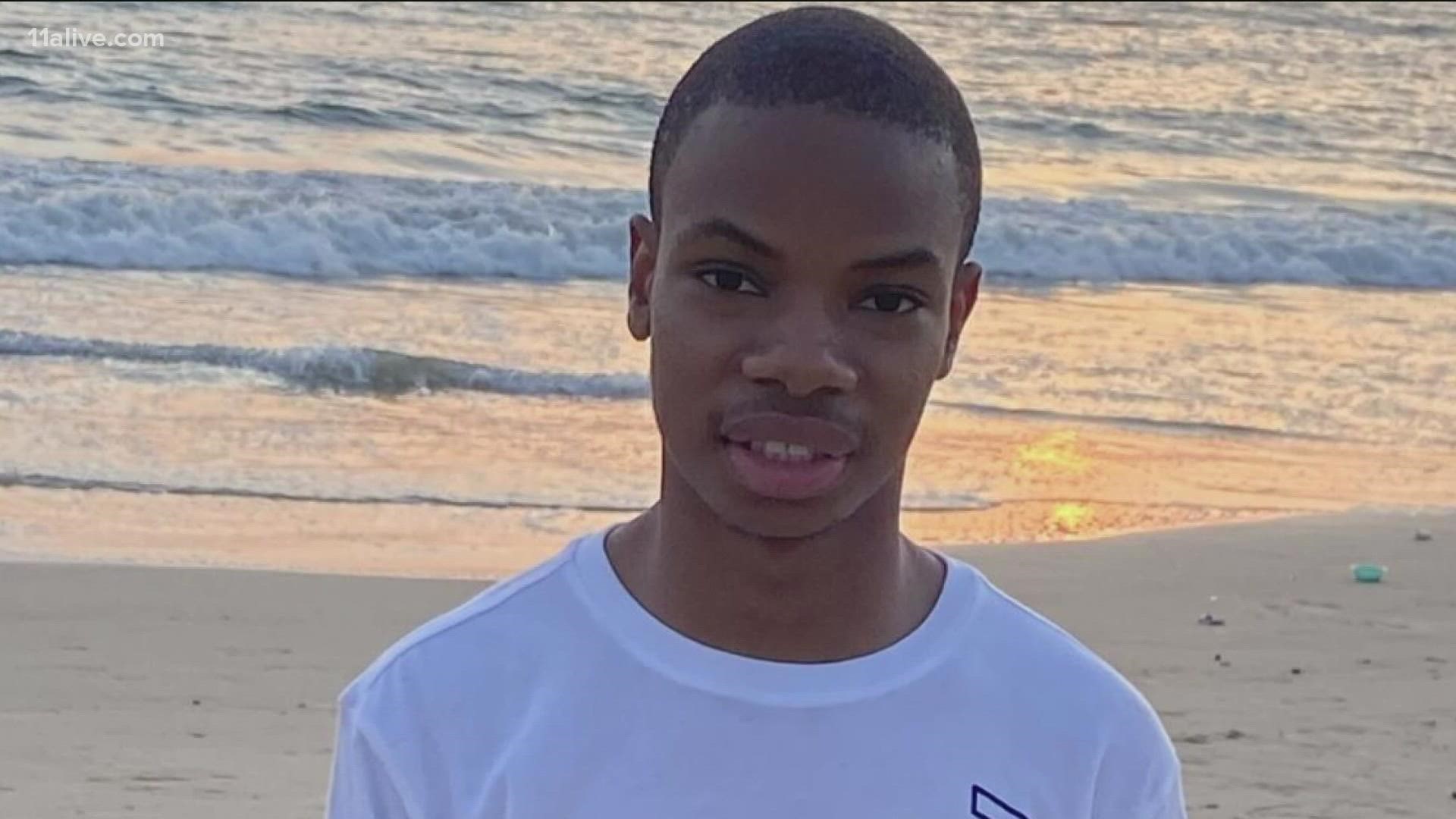