Here's the reason why the latest UGA football player was arrested

He used another person's name while purchasing items with a fake $100 bill. 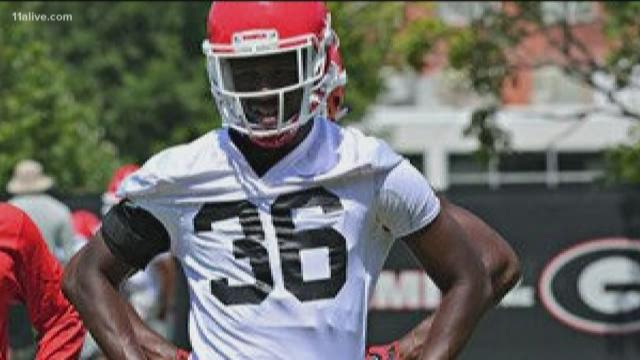 A UGA football player was arrested Tuesday on charges that he used a fake $100 bill and used another alias to purchase pet supplies.

On Saturday, July 22, 2017, police responded to the Pet Supplies Inc. store located on 191 Alps Road. Officers met with the business' manager where she said a person had bought $8 worth of merchandise on Friday, July 14, with a fake $100 bill. The patron received $92 in change.

A subsequent bank drop discovered the bill was fake.

According to police, UGA freshman Latavious Brini told the employee working on the day he used the fake bill that his name was Trevon Shorter.

Officers were later called back to the store because an employee recognized Brini and notified the manager. The employee saw that Brini used a debit card, revealing his real name.

The manager also found that Brini had signed up for a rewards program at some point and it revealed his address and phone number.

Police were able to locate Brini and arrested him for first-degree felony forgery. He posted a $5,700 bond.