Here's why Atlanta airport is changing its hours 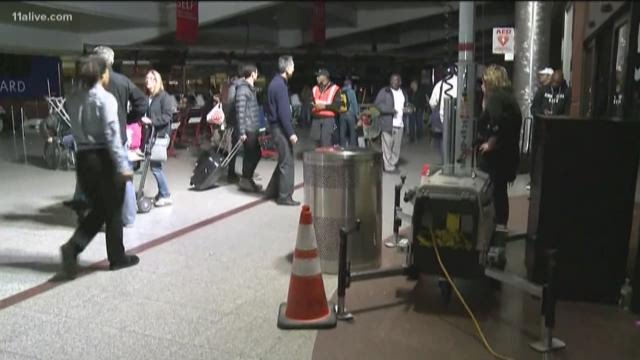 ATLANTA -- The world's busiest airport is announcing some changes in its operating hours.

Beginning Friday, March 2, Hartsfield-Jackson Atlanta International Airport will restrict access to its facility between 11 p.m. and 4:30 a.m. Only ticket airport passengers, individuals meeting, accompanying or assisting passenger and authorized personnel will be allowed to enter.

Airport officials said in a statement that the change comes "as a result of an increasing volume of passengers, visitors, and ongoing ATLNext construction projects at the Airport's campus."

""This new directive will enhance Hartsfield-Jackson's safety and security, operations and facility maintenance efforts, and will allow our overnight crews the ability to thoroughly clean the public areas of the airport," Airport General Manager Roosevelt Council, Jr. said.

Officials said the new hours will improve safety during overnight construction periods and provide maintenance and custodial teams with access to high-volume areas for upkeep and cleaning.

Other airports, including those in Chicago; Washington, D.C., Los Angeles and New York, have implement similar policies, the airport said.