Georgia high school celebrates man who was once a student, now a custodian of 30 years

He was once a student at Pebblebrook High. Now, the school is celebrating him for being an employee for three decades. 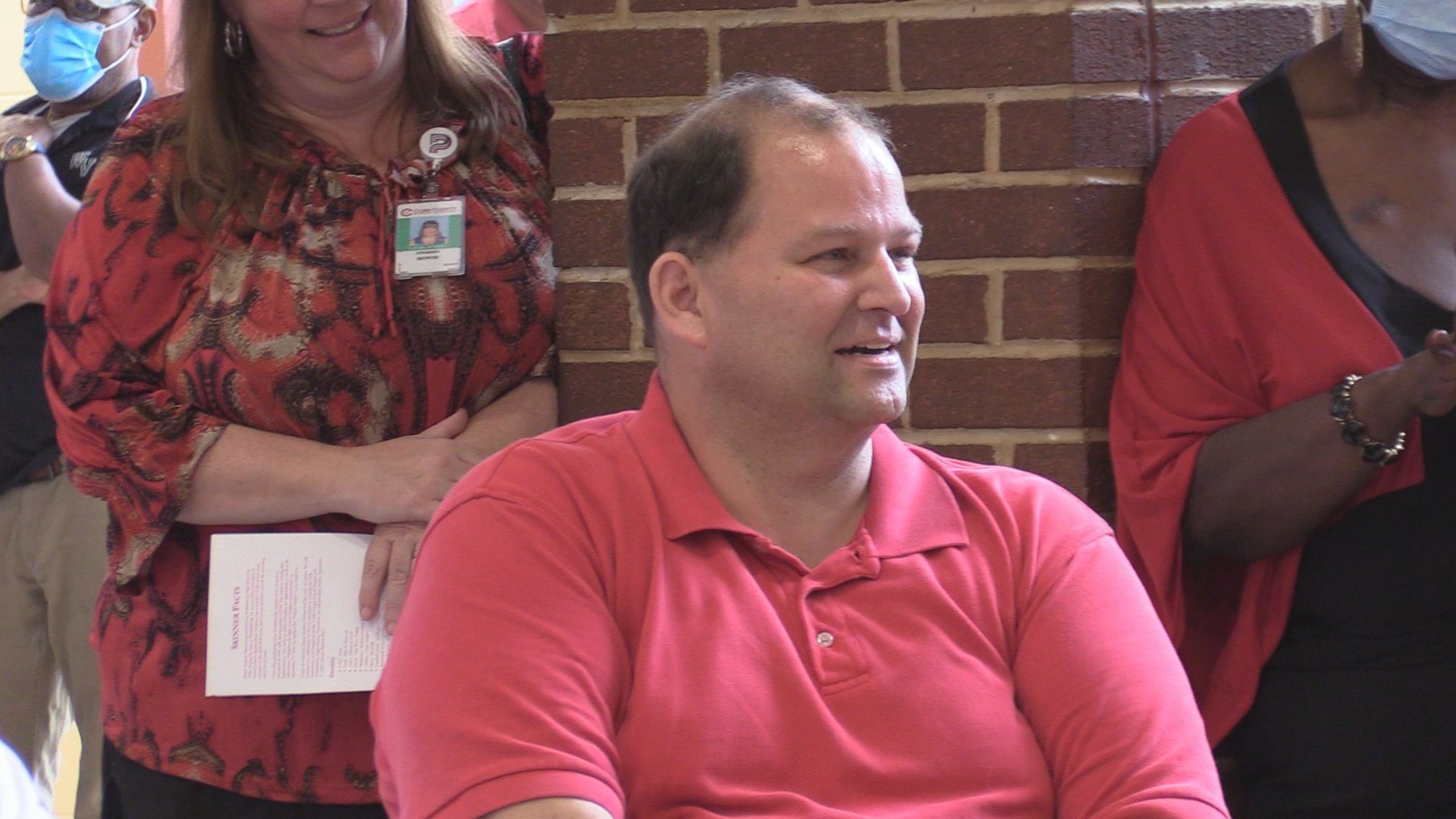 Once a student, and now a custodian at Pebblebrook High for 30 years, James Stephen Skinner is being honored for his decades of dedication to the school.

The Cobb County high school held a special ceremony to commemorate Skinner. Cheerleaders chanted and staff gave speeches, then presented Skinner a plaque to salute his work over the years. They topped off the afternoon with a special cake.

"I'm so excited for folks that came out to support me each day. The teachers I enjoy to be working with and administrators here each and every year," Skinner said.

Teacher Gregory George said Skinner, who graduated with the class of 1988, was an involved student. He was previously a member of the soccer team, manager of the basketball team, and member of both the marching and concert bands. In 1991, the former principal at Pebblebrook offered Skinner an opportunity to work at his alma mater.

"Stephen accepted and on September 17th, 1991, he rejoined his Falcons family as an employee," George said.

The school says this year marks his 30-year work anniversary.

"Just being happy every day and enjoying my job," Skinner said.

Leroy Tre' Hutchins, Post 3 board member of Cobb Schools, called Skinner "a staple" of the school, saying he remembers seeing the dedicated custodian as he sent his children to Pebblebrook and even when he attended high school there as a teen.

"He's been one of those things that's been constant for over 30 years and so to be in one place and to serve the community, to serve one company, for over 30 years is amazing in this day and time," Hutchins said. "We appreciate the dedication and the loyalty and the support."

Hutchins told Skinner "thank you" on behalf of the superintendent of Cobb Schools.

"It's a certain work ethic that he brings to the table every day. He, number one, loves his job. He loves the students. He loves the school. He loves the community that he's serving and he gives it his best every single day and -- like I said -- you can't buy that," Hutchins said.

Skinner says he's hoping to get in 20 more years in his role to make it to 50 years on the job.