Three of the students, all seniors at Brookwood High School, admitted to purposefully spelling out the racial slur. A fourth student apparently went along with the incident "at the last minute," the principal said. 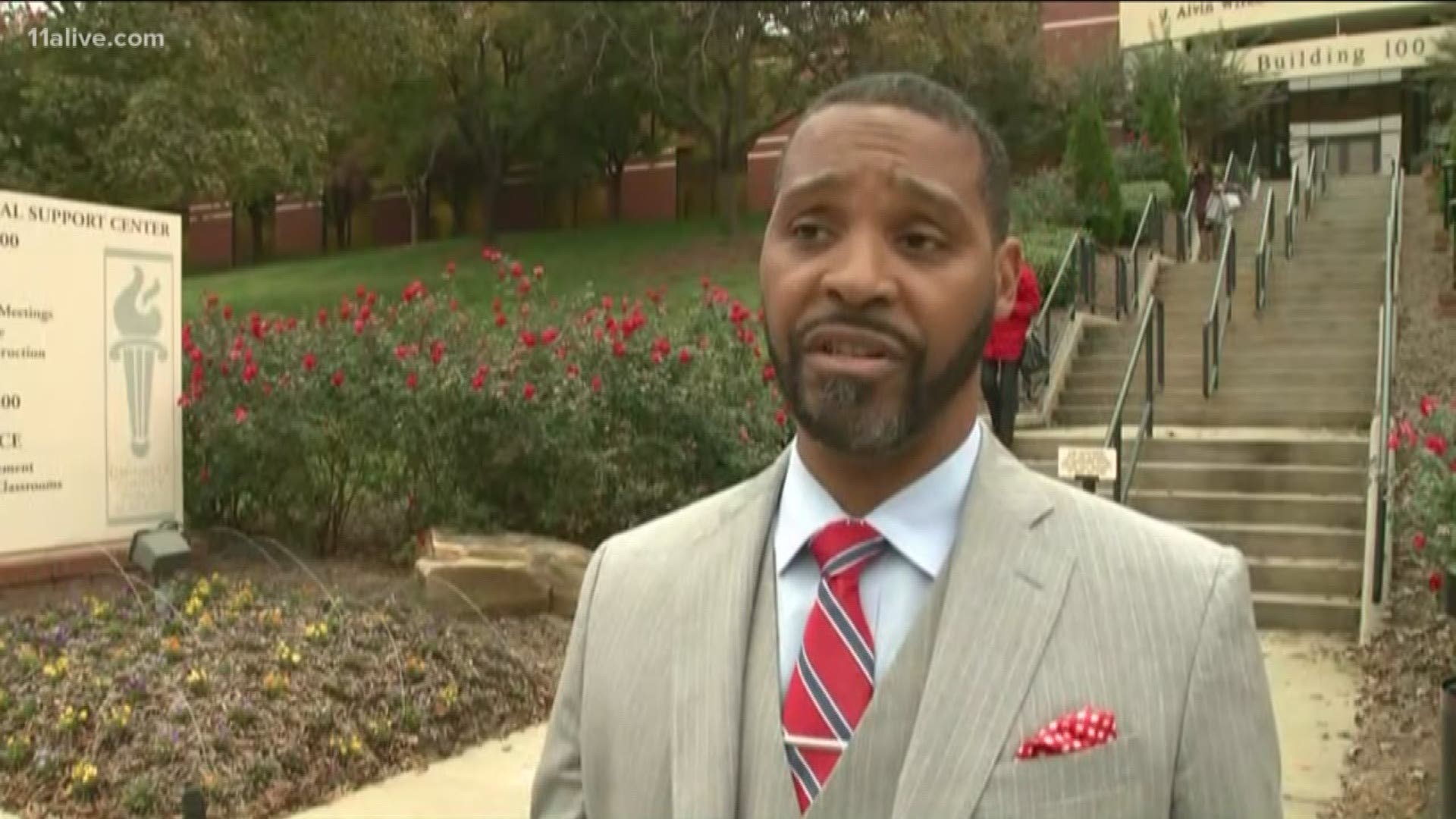 SNELLVILLE, Ga. -- A racial slur spelled out by the Brookwood High School marching band appears to have been planned and executed by a group of students, according to principal William Ford.

He sent a letter to parents and the community Monday, detailing results of an investigation into the racial slur spelled out by members of the school's marching band during Friday night's halftime show.

Ford said three of the students, each seniors, planned and executed the incident while a fourth student, a junior, apparently went along with the incident "at the last minute."

"However, all four of the students knew what was going to happen and knew what they were spelling out during the halftime show," Ford said.

Two of the students involved were African American, one was Asian and the fourth was Hispanic. All four told administrators they intended the incident as a joke.

"One that they thought would be funny," Ford said. "However, they acknowledged that they knew this racist term was not acceptable."

"As you all know, this is not who we are. Brookwood is proud to be an inclusive and accepting school community," Ford said in the letter. "This is a teachable moment for all of us, and students need to be aware that their actions and words have consequences."

In Ford's initial letter on Saturday, he apologized for the racial slur that was spelled out by the band members during the halftime show.

According to Ford's Saturday letter, the sousaphone covers which would ordinarily have covered the instrument bells together spell out the word 'BRONCOS' are worn in the stands but are normally taken off on the field. Ford said this is due to the fact that they shield the sound and that the musicians move during the halftime show so that they would not end up in the same order which they would be in were they in the stands. Photos circulating on social media appear to show the students spell out "c***" with those instrument cover.

He also said that the band director was not on the field at the time. The sousaphone players did not follow band rules and left their covers on their instruments.

"Unfortunately, as they performed and moved around the field, the letters on the instruments aligned to spell a completely unacceptable, racial term. Not only was the appearance of this term during our halftime show hurtful and disrespectful to audience members, but it also was disappointing, as it does not reflect the standards and beliefs of our school and community," Ford said.

Ford said the school is taking steps to ensure the sort of incident does not occur again. He also said disciplinary action is being taken against those students involved in the incident.

"We are concerned that this situation occurred and are committed to taking steps to ensure this does not happen again. In addition to reviewing our halftime procedures, we will also be taking disciplinary action with the students involved," Ford said.

Ford said that instead of waiting until Monday, he sent the letter to parents and the community on Saturday, feeling it was important to reach out to his community as quickly as possible to ensure they knew it was a situation that was being taken seriously.

Officials with the Gwinnett County Schools said that as the incident remains under investigation, they did not have any additional comment at this point.