The namesake bridge was first constructed in 1904 but had been in disrepair since the 1930's officials said. 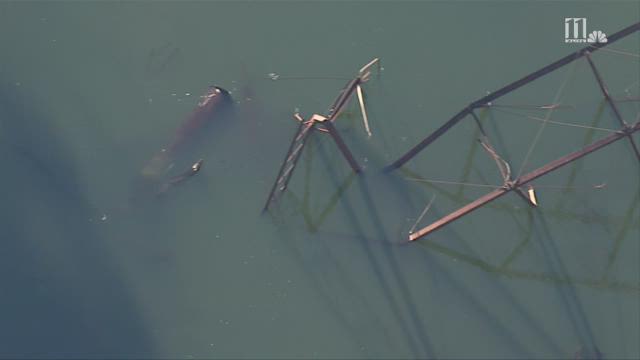 PEACHTREE CORNERS, Ga. -- Authorities have confirmed that a well-known bridge at a Gwinnett park collapsed on Thursday.

The National Park Service told 11Alive that they received notification around 3 p.m. that the bridge at Jones Bridge Park in Peachtree Corners, Georgia had collapsed.

Bill Cox with the Chattahoochee River National Recreation Area said that the collapse happened around 1 p.m. and that no one was injured.

SkyTracker flew over the scene Thursday afternoon to survey the damage which shows a majority of the bridge in the water with the upper portion sticking out in at least one place.

The bridge itself was constructed in 1904 and had been in disrepair since the 1930's, Cox said. The National Park Service is now working to secure the area around the bridge from hikers and is working to make sure the water below is safe for those paddling down or otherwise using the Chattahoochee River.

According to information provided by the Gwinnett County government website, the 30-acre park was scheduled for renovations in early February. It's unclear if the bridge itself was part of that renovation plan.

Now, however, the National Park Service is in contact with the state historic preservation office for help salvaging the parts of the bridge that fell into the river.