Metro Police said an investigation is still ongoing and no arrests have been made. 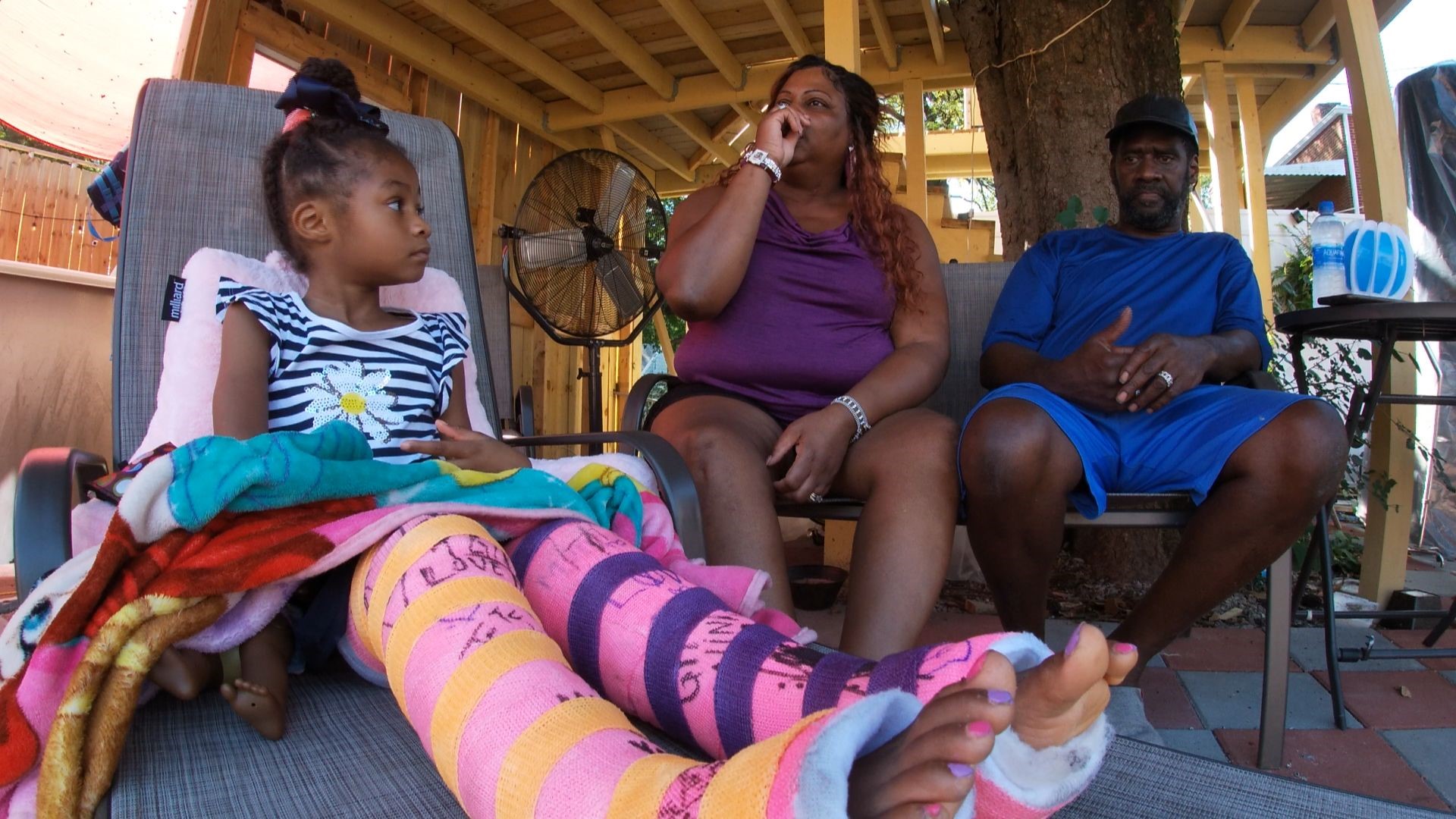 LOUISVILLE, Ky. — Holding tight to a baby doll, five-year-old Lamiya Erve said, "I should be able to dance and, sing, do gymnastics, do all fun things like other kids."

Instead, she hasn't been able to walk since Sept. 9. Her family said both of her legs are broken.

"All of a sudden I hear this zoom," her grandfather Leonard Crowdus recalled. A speeding car had turned the corner from Chestnut to 23rd.

"The first thing I thought was 'Miya.' So, I look up and my baby is laying here against the curb," Crowdus said. He described blood and bone, holding Lamiya on the ground.

"I didn't know if she was going to live or die," his wife, Latanya Buggs Crowdus added.

The family is frustrated, not just because the driver got away, but because they took extra steps to avoid a problem like this. The two take care of Lamiya and had built what they call a "backyard oasis" for children in the Russell neighborhood earlier this year.

"We put this playground here so she could be safe," Latanya said. Leonard said the playground was intended to keep kids out of the street, lowering the risk that they could get hit by a vehicle.

Hit-and-runs like this are unfortunately common in Louisville. According to Kentucky State Police data, 19 people were injured from hit and runs in the first two weeks of September in Jefferson County.

"[If] she got hit by an SUV, she could be dead," Latanya said. "We are thankful that she's here."

Now, her family wants answers. Louisville Metro Police Department (LMPD) said the investigation is ongoing and no arrests have been made.

Latanya said she hasn't heard new information from an officer on this case since the day her daughter was hit.

The family is hoping Lamiya will make a full recovery. After surgery to reset her legs Wednesday morning, Latanya said she's still hurting, but "everything is good so far."

There is a GoFundMe set up for Lamiya's medical expenses, you can find it here.

RELATED: How does Louisville's youth homicide rate compare to other cities?

RELATED: 'He was everything' | Family of man killed in hit-and-run pleads for answers