Coffeehouse owner wins grant for minority women entrepreneurs, hopes to inspire others like her

Krystle Rodriguez was recently awarded a grant and mentorship from organization C200, through its “Champions” program aimed at helping minority women entrepreneurs. 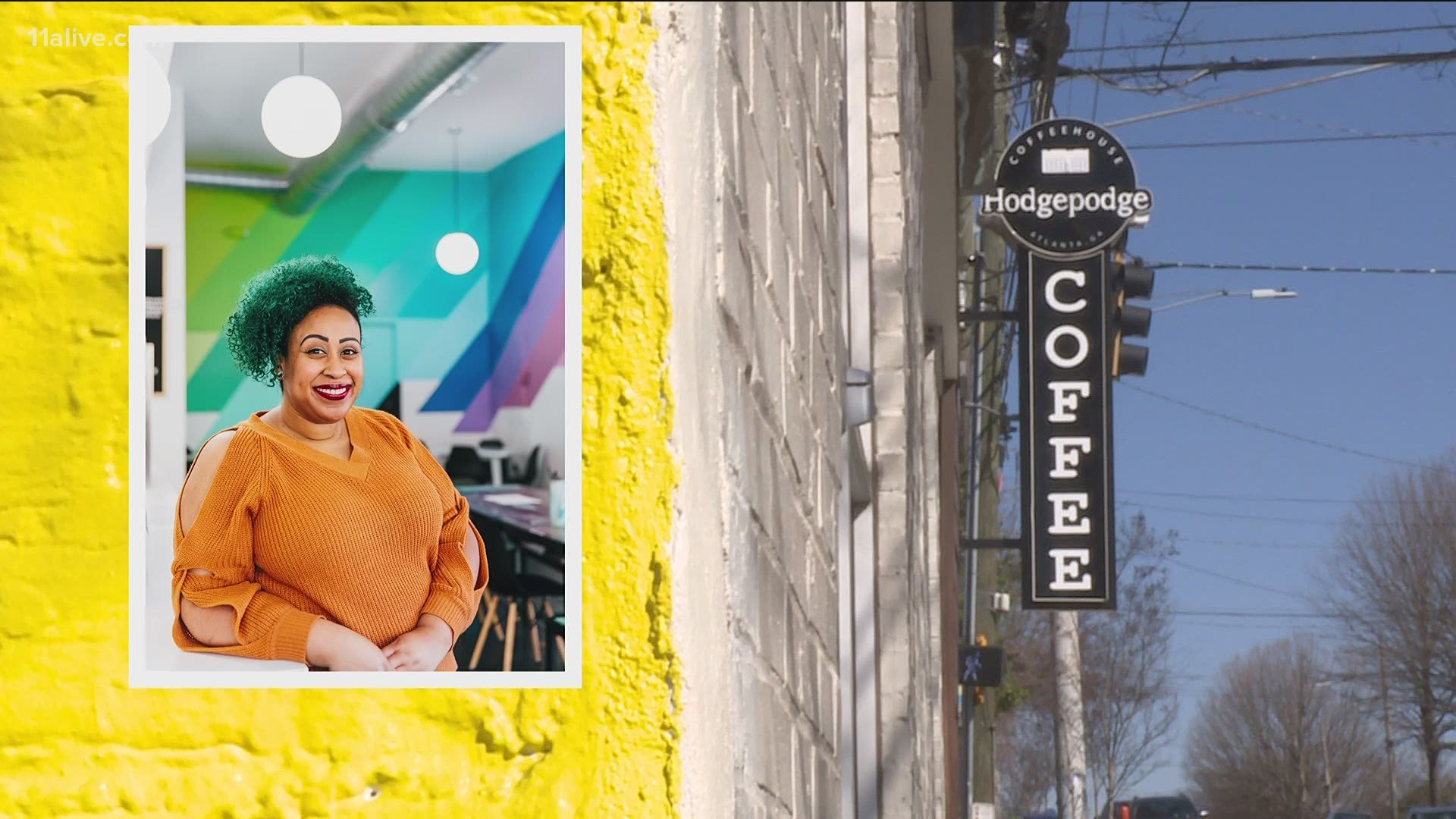 Krystle Rodriguez, owner of Hodgepodge Coffeehouse east Atlanta, said Black businesses have an important role in Black history, helping the community build and come together, especially when times were hard.

That was always Rodriguez’s goal the past nine years. When the pandemic hit, she said her goal never stopped.

“Were we just as worried whether we were going to stay open? 100 percent," she told 11Alive. "If we closed, doing the same thing we did while we were open, which was support the people around us, I was okay with that.”

As a Black woman entrepreneur, she knew the research wasn’t in her favor.

But, Rodriguez pushed through and will soon open a second location. It's thanks to being recently awarded a grant and mentorship from the organization C200, through their “Champions” program aimed at helping minority women entrepreneurs.

“What Krystle does through her business is not only encourage other female entrepreneurs, but she also encourages other young Black girls and other girls of color,” said Monica Cole, a C200 member and Executive Vice President at Wells Fargo.

“We might not have a lot of the same resources that our white counterparts do, but that doesn’t mean we shouldn’t go for it,” Rodriguez said.

She said she hopes other up-and-coming Black women and women of color entrepreneurs in Atlanta are inspired.

To learn more about C200 and the Champions program, click here.