After massive tire fire, residents want to know: How was site able to get this bad?

The Old Atlanta Prison Farm in the Atlanta piece of DeKalb County has been abandoned for years. Residents said they've been trying to get the city to clean it up. 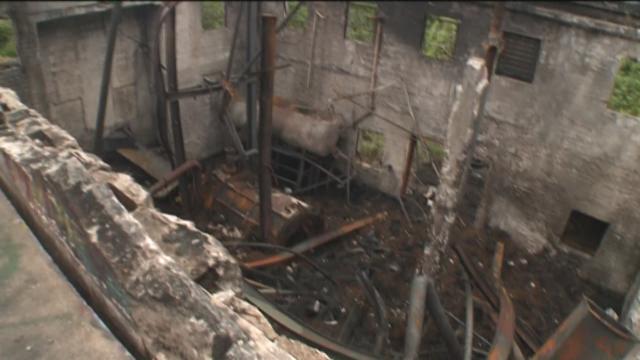 ATLANTA -- After a giant tire fire sent plumes of black smoke into the air over DeKalb County this weekend, residents are left wondering who should be held responsible for what has now become an illegal dumping site.

The Old Atlanta Prison Farm in the Atlanta piece of DeKalb County has been abandoned for years. The 300-acre site has been left covered with graffiti, hundreds of dumped tires and other debris.

On Sunday, billowing black smoke could be seen for miles as DeKalb County fire crews worked into Monday morning to put out the flames. Black marks and scorched ground show the aftermath of the massive tire fire. Yet there are still many more piles of tires, not to mention trash, profane graffiti and standing water that's led to clouds of mosquitos.

VIDEO | Here is the aftermath of the tire fire 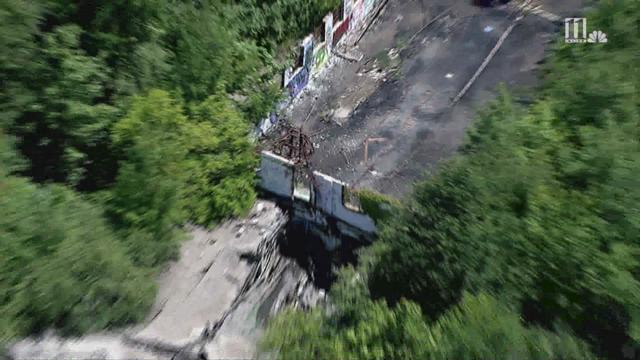 Neighbors and community activists said for years, no one has seemed willing to do anything about it. So, 11Alive’s Duffie Dixon is holding the powerful accountable.

Scott Peterson is the head of a group called “Save the Old Atlanta Prison Farm,” and he’s been pushing to get the area rehabbed for years.

“Building material, tires, chemical drums that we don't know what is in there,” Peterson said. “This amount of contamination hurts the health and vitality of the surrounding community.”

The Clarks live just a half-mile from the site, and they also say this is not the first time they’ve seen fire crews respond to the same spot.

“I've seen three different fires now down in that area,” the couple said.

The family is expecting their first child, and the last thing they said they want to see is another blanket of black smoke covering their neighborhood.

“The land belongs to the City of Atlanta. Why aren't they paying attention? How does this happen on their own land,” Clark asked. “If it were my property, and I had that issue, I think the city or county would take me to task. Conversely it’s their property. They should deal with it appropriately.”

Capt. Eric Jackson with the DeKalb Fire Department said this incident is far from the first time they've been here.

“There's obviously been some illegal dumping of tires over here,” Jackson said. “That is being addressed. However, it wasn't addressed quick enough prior to this fire.”

11Alive got the City of Atlanta to respond. In a written statement the City said:

“The City of Atlanta has a plan to secure the site so people cannot continue to dump illegally. We have started the process of cleaning up the illegal dumping. In the past two weeks, the City has removed 78 truckloads of tires and more than 40 truckloads of debris. The City will consider additional measures to discourage people from coming on to the property.”

11Alive also asked whether the city has any plans to redevelop the property, but they did not answer that particular question before this report aired.