EXCLUSIVE: Navy vet with service dog says she was told she 'wasn't disabled' 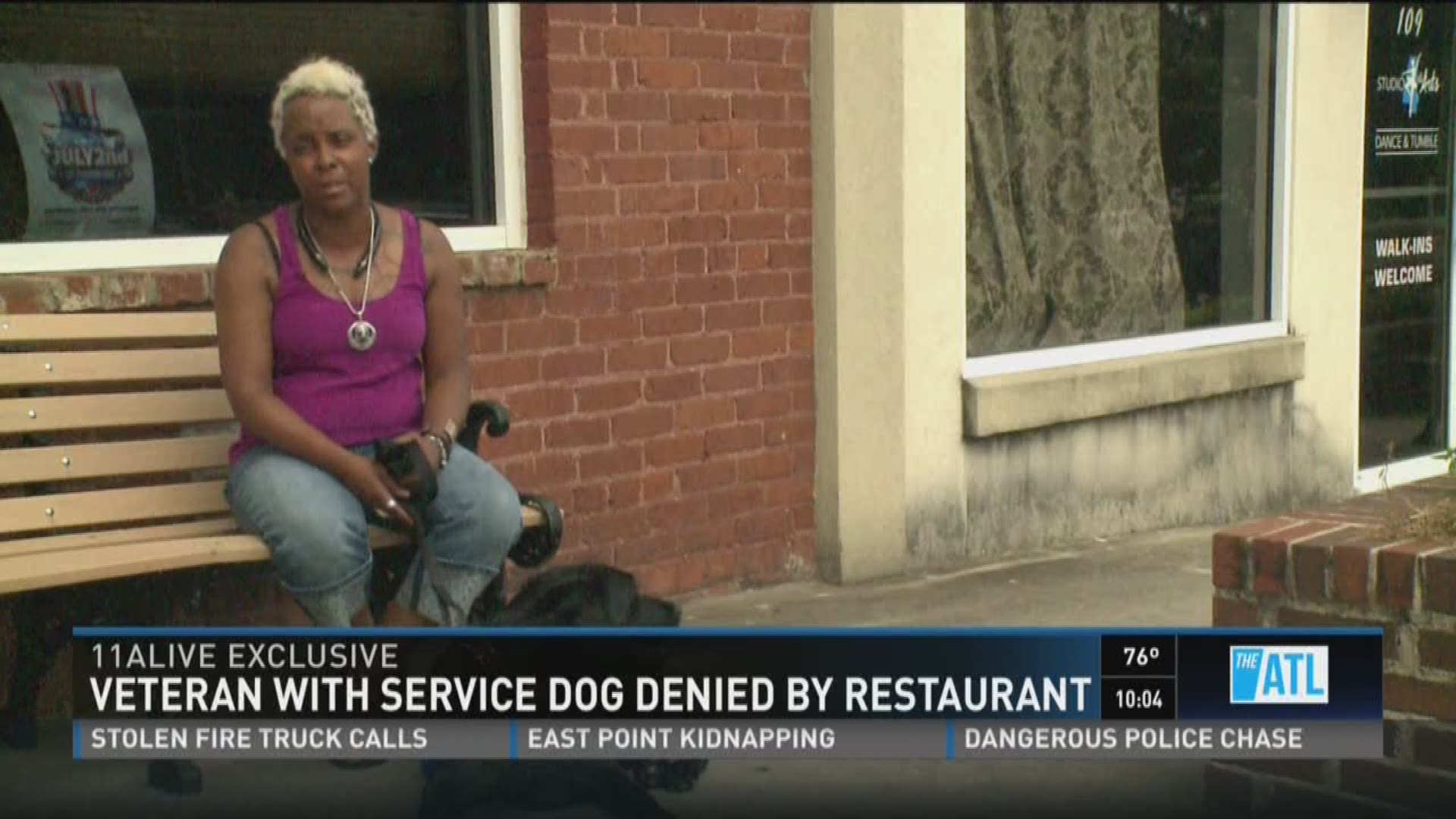 ATLANTA -- An Atlanta restaurant is apologizing to a Navy veteran after she said she and her service dog Halk were turned away by employees who told her she didn’t need the dog.

Wanda Garneaux was supposed to meet a friend at the Daiquiri Factory on West Peachtree Street when she said she was stunned by the response when trying to enter the business.

“I reached for the door and before I could even put my hand on the handle, the security guard stopped me and said, you're not allowed in here with that dog,” she told 11Alive’s Kaitlyn Ross exclusively.

She says she felt uncomfortable, but asked to speak with a manager, who allegedly told her she didn't look disabled enough.

1 / 5
A Navy vet was shocked when an Atlanta restaurant denied her and her service dog inside becuase she wasn't disabled.

Garneaux, who served in the United States Navy and suffers from PTSD, said she was floored. She said she tried to explain to the manager her service dog was legal and certified. She even tried to show her the I.D. hanging on Halk’s vest which says in bright red letters that read “full access is required by law.”

Halk’s vest even has a QR code on his vest that people can scan with their cell phone to read a copy of the Americans with Disabilities Act. But Garneaux said after fighting with them for 10 minutes, she eventually gave up.

“I don't like being made to feel like I am different, because in my mind, I'm struggling to be the same,” she said. “I'm struggling every day to cope and fit back in to society.” 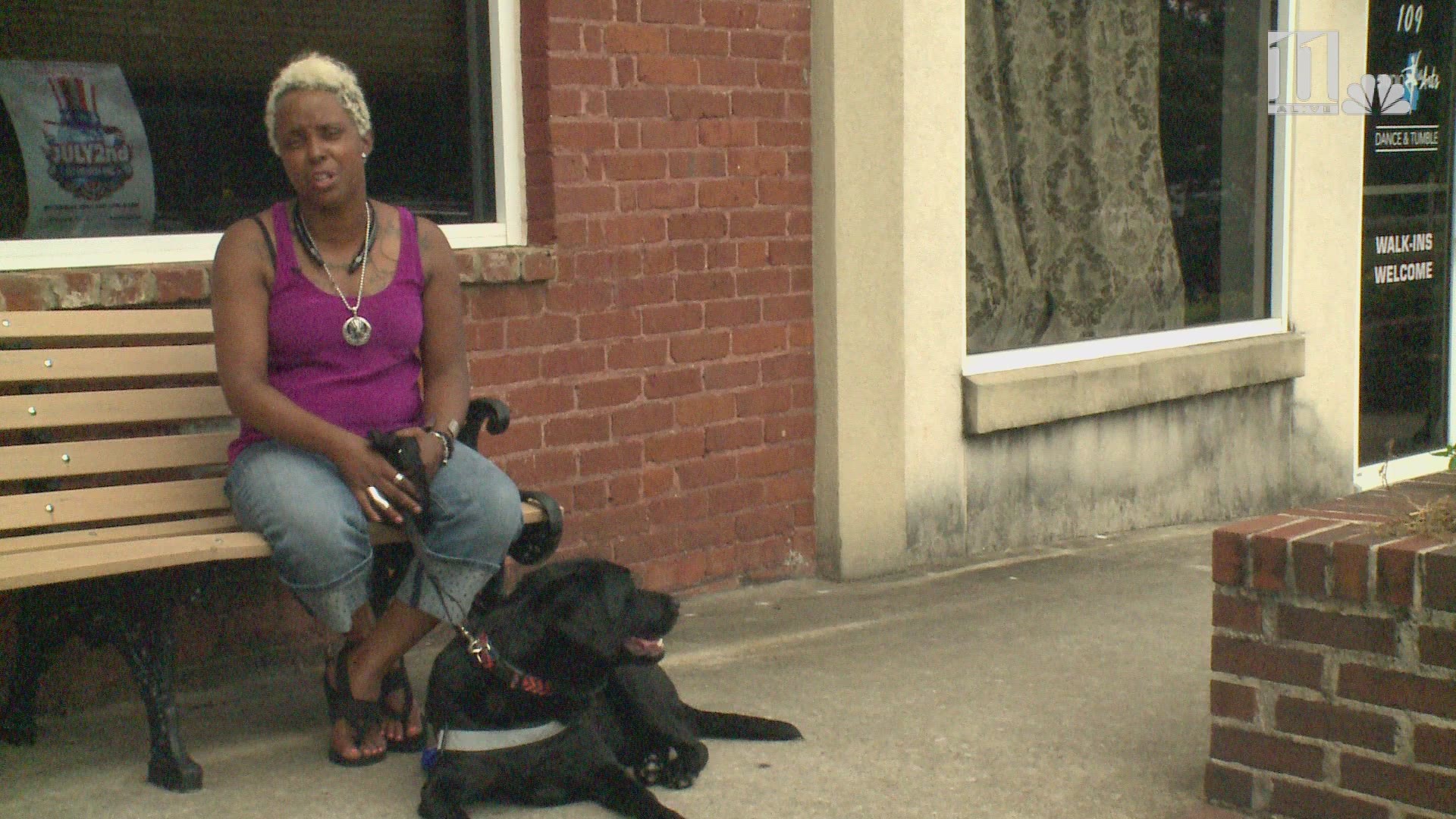 On the way home Garneaux told her friend she didn't think it was worth it. During the interview, she told 11Alive that she was even considering giving Halk back because of all the negative attention she’s gotten during the few days she’s had him. But as soon as she started crying, Halk, sensing her distress, moved in to try to comfort her.

A Navy vet was shocked when an Atlanta restaurant denied her and her service dog inside becuase she wasn't disabled.

11Alive went back to the Daiquiri Factory and spoke to the manager, who said she misunderstood the law. The manager refused to go on camera but did apologize to Garneaux and offered a free meal.

Garneaux accepted the apology, but that’s not what this Navy vet wants. “I know things are not perfect, I don't want them to be perfect, I just want a normal life,” she said. She said she wants people to educate themselves on the Americans with Disabilities Act, and how to support people who are struggling.