For four weeks, trash has been piling up, sitting in the summer heat... and baking. 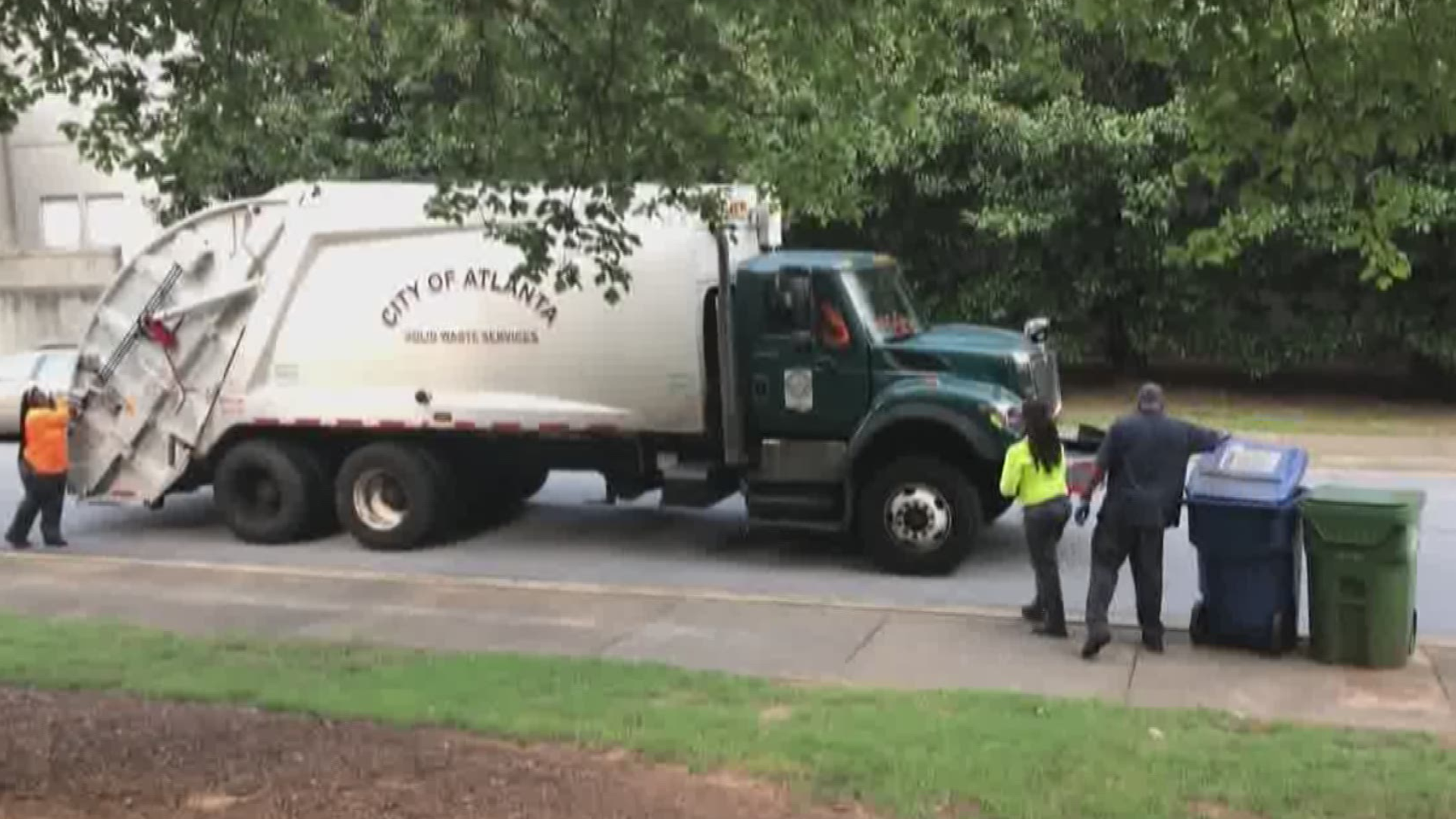 ATLANTA -- The city of Atlanta is responding a few of the questions about why some residents' trash hasn't been picked up on time.

11Alive talked some residents in the Holly Downs Community who said their garbage wasn't picked up for four weeks. On July 9, the city of Atlanta changed its trash pick-up schedule. And for some reason, the Holly Downs community, between Atlantic Station and Georgia Tech, was overlooked.

Since the story aired, 11Alive's Hope Ford has received more emails about the trash piling up in other neighborhoods.

A spokesperson for the Public Works Department provided answers to some of 11Alive's questions. Below is the response regarding what prompted the schedule change:

The City of Atlanta is working to improve the overall quality of solid waste service delivery by implementing new route optimization measures. The age of the fleet of solid waste trucks creates equipment shortages in our collection operation. As a result, we have to prioritize our solid waste collection services over recycling and yard waste collection. The new route optimization will allow us to reduce the number of trucks we have to deploy daily and reduce equipment shortages. We are making every effort to have enough resources to service the residents of Atlanta.

City officials said residents who are experiencing problems should report them through the Atlanta 311 app. However, one resident told 11Alive when they tried to report the problem, their address was not found in the system.

The statement 11Alive received said the city is aware of that issue as well. Those who were previously unable to find addresses on the web portal or on the app should be able to access it now. Officials said the city uploaded the previously omitted addresses into the system. For those still having problems, notify ATL311.

If this is happening in your area, email Hope Ford and let her know.