DEKALB COUNTY, Ga. — It’s the kind of special delivery you do not want: rats at your mailbox.

A military veteran called 11Alive's newsroom Monday, desperate for help. He was one of a dozen residents at the Weatherly Apartment complex reporting how rats have chased away the mailman.

11Alive's Kaitlyn Ross went to Stone Mountain to speak to those residents and chase down answers.

Nancy Ford told 11Alive she is strategic about her trips to the mailbox.

"I'm terrified, I'm terrified of them," she explained. "When I go, I try to go this time of day, because they are bad. Real bad."

Ford is one of a dozen residents who told 11Alive the rats by their mailboxes are so bad, the post office refuses to deliver. There's trash all over the ground nearby, and the stench is horrific.

11Alive's cameras didn't find any rats, but Ford said the mail carrier told her one ran right across her foot.

"She came this morning and she said she just can't do it, she can't stand the stench," Ford recalled.

Ford said for a week before that, the mail carrier told them to come pick their mail up at the post office because they refused to deliver. She said the rats have been a problem for at least eight months.

11Alive tried to speak to representatives of the apartment complex, but they wouldn't comment about the rats and called security to escort our reporter off the property.

11Alive also worked all day to get the post office to respond; they’re still working on it, but in the meantime, 11Alive's SkyTracker news helicopter spotted a mail delivery truck at the complex just a couple of hours ago.

Ford said while it's a pain going to the post office to get her mail, she understands why the mail carrier doesn't want to deliver.

"They real big, they're humongous," she stated. 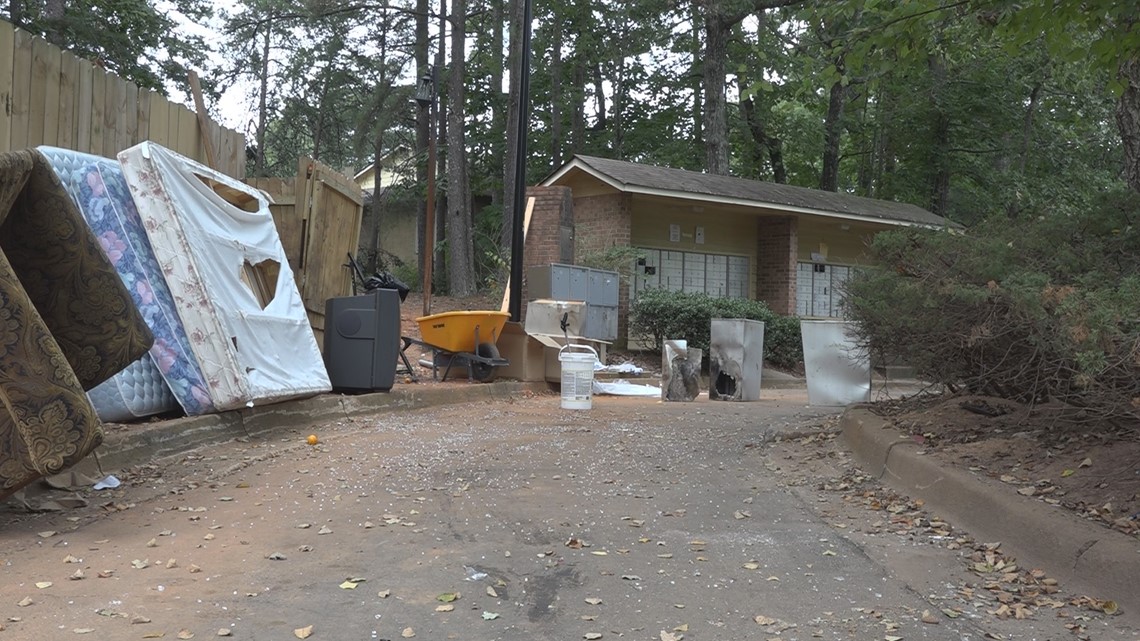