The answer: More than 5 billion gallons last year. DeKalb's deputy chief operating officer of infrastructure explains why that is. 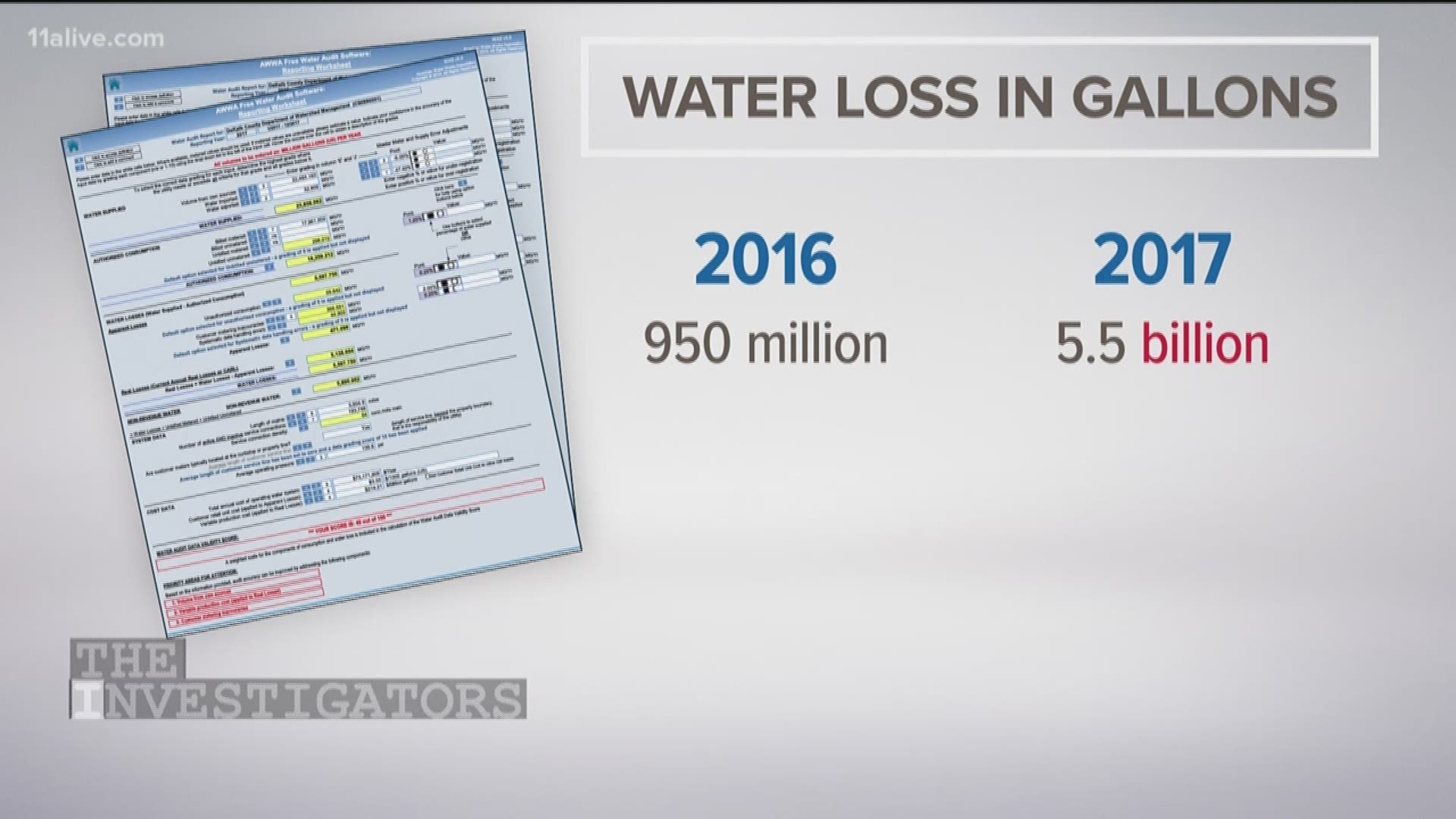 Two weeks ago Wednesday, a massive water main break in DeKalb County shut down Buford Highway and forced thousands of homeowners and businesses to boil their water for days.

The county is still investigating how the 48-inch pipe, which caused more than a million dollars in damage to just one local business alone, broke.

Steve Gu works at Dream Wireless off Buford Highway, where water plowed into the store March 7, ruining box after box of electronics and other merchandise.

“It just came all to us because it wasn’t just coming down the drain,” Gu said.

Two weeks later, there's no more gushing water where the pipe broke. While the repairs may be done, the 11Alive looked deeper and discovered an answer to an even bigger problem than than that broken pipe: How much water did DeKalb County lose in one year? The answer: More than 5 billion gallons last year.

To put that figure into perspective, that's enough water to fill 5,500 water towers, or enough to fill every water tank at the Georgia Aquarium 550 times.

11Alive discovered the astounding number from an audit performed by American Water Works Association. Even more surprising is that number jumped from an already staggering 950 million gallons from 2016.

MORE | What an audit of DeKalb County's water system uncovered

What an audit of DeKalb County's water system uncovered

“So, the challenge we face right now is getting more accurate metering at both the treatment plant and the Scott Candler plant in Dunwoody," Rhinehart said. "There are master meters which monitor all the water being pumped into the system.”

“It’s inaccurate data coming out of the plant,” Rhinehart said.

That fact is something AWWA confirmed in its assessment. According to the audit, meters at the county’s plant “are not tested or calibrated” and there is “no routine review” to make sure readings are accurate.

“Is it true the county isn’t sure how much water is coming out of the plant," Pierrotti asked Rhinehart.

“Is that acceptable," Pierotti responded.

“It’s functional," Rhinehart stated. "It’s acceptable for now, just not as accurate as we’d like.”

As for those who live and work in DeKalb, like Gu, that's simply wrong.

The county estimates it would take about a year to replace the water meters at the plant, and a further four years to replace all of the water meters for its consumers. However, because older water meters tend to under-report, officials said DeKalb homeowners could potentially see a slight increase in their bills when they get new meters.