8 counties have a combined total of more than a billion dollars to spend from 2020's CARE Act. 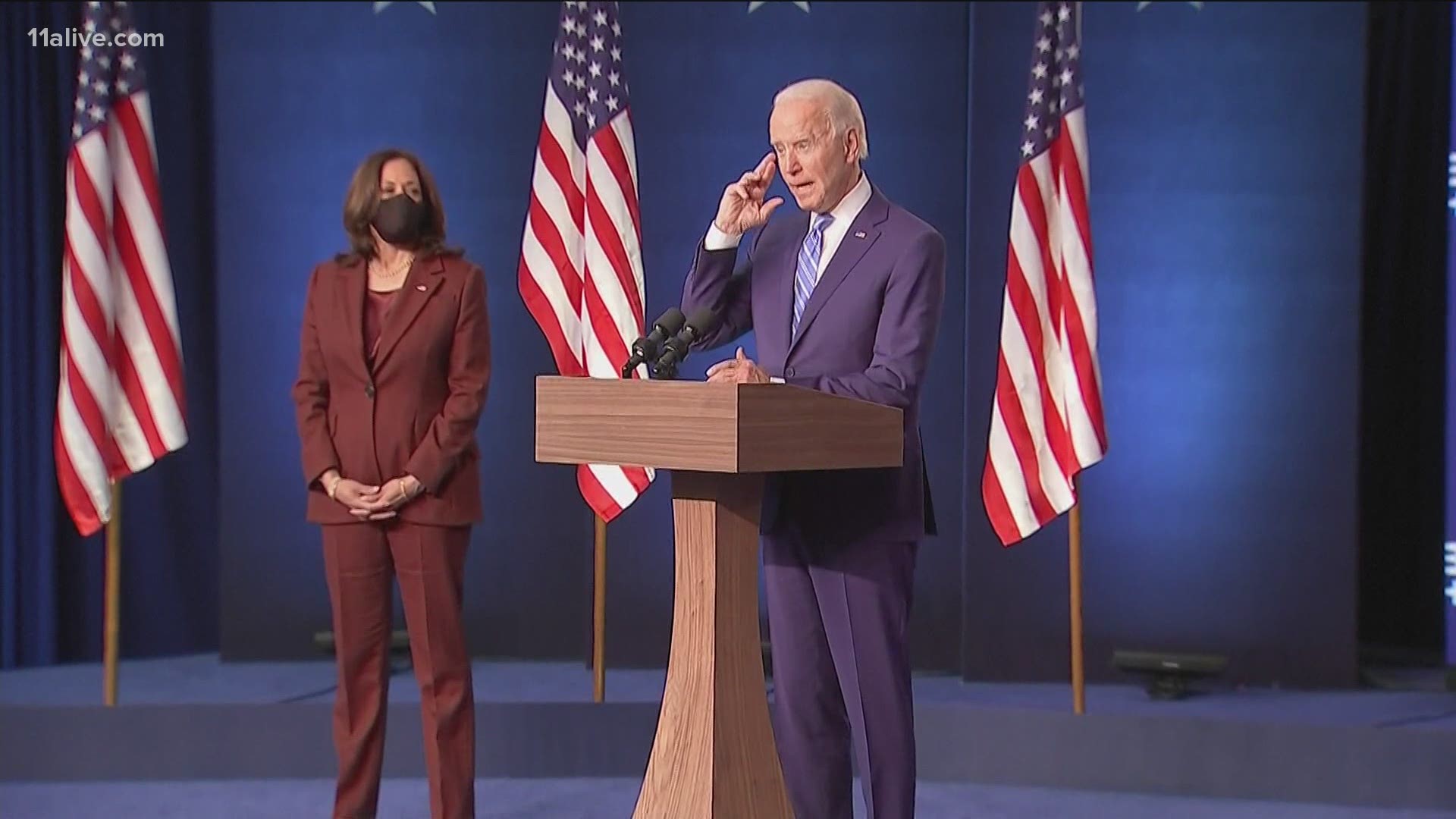 ATLANTA — Now that President Joe Biden signed the COVID-19 relief bill into law, Georgians will see some of the money that falls under it. It's now up to the counties to come up with a spending plan for it.

Here is how the process works.

This law allocates billions to local governments. Eight counties in and around metro Atlanta, and the city of Atlanta, have a combined total of more than $1 billion to spend. That compares to 2020's CARE Act allocated around $600 million to metro Atlanta governments.

Local governments said they don't' have an exact plan on how they'll spend their share, but the bill specifies four main uses:

Biden and Vice President Kamala Harris are set to head to Georgia next week to amplify the American Rescue Plan.

"To tell you the truth about how the American Rescue Plan meets the point and if it fails to meet the mark, I will admit it, but it will not,"  Biden said during his first primetime address to the nation.

The treasury department will release the first half of the money to the counties within 60 days of Biden signing the relief bill. A year later, the counties will get the other half.

Minutes after Biden signed the bill into law, the White House provided a big update to the timeline for when the third round of stimulus checks will start going out.

A newly released study by doxo, revealed that 90% of Americans believe that the $1400 will help improve their financial health.

The data also reveals that the majority of Americans (59%) plan to use the money to pay household bills, with utilities; cable/internet; and mobile phone bills topping the list.

According to doxo's data, residents in the Atlanta, Sandy Springs, Alpharetta area pay $969 on the eight most common household bills (excluding housing expenses like rent or mortgage).