How to help tornado victims in Newnan, Georgia

A destructive tornado ripped through Newnan, Georgia, leaving one dead and a scene of devastation after a deadly day in neighboring Alabama. 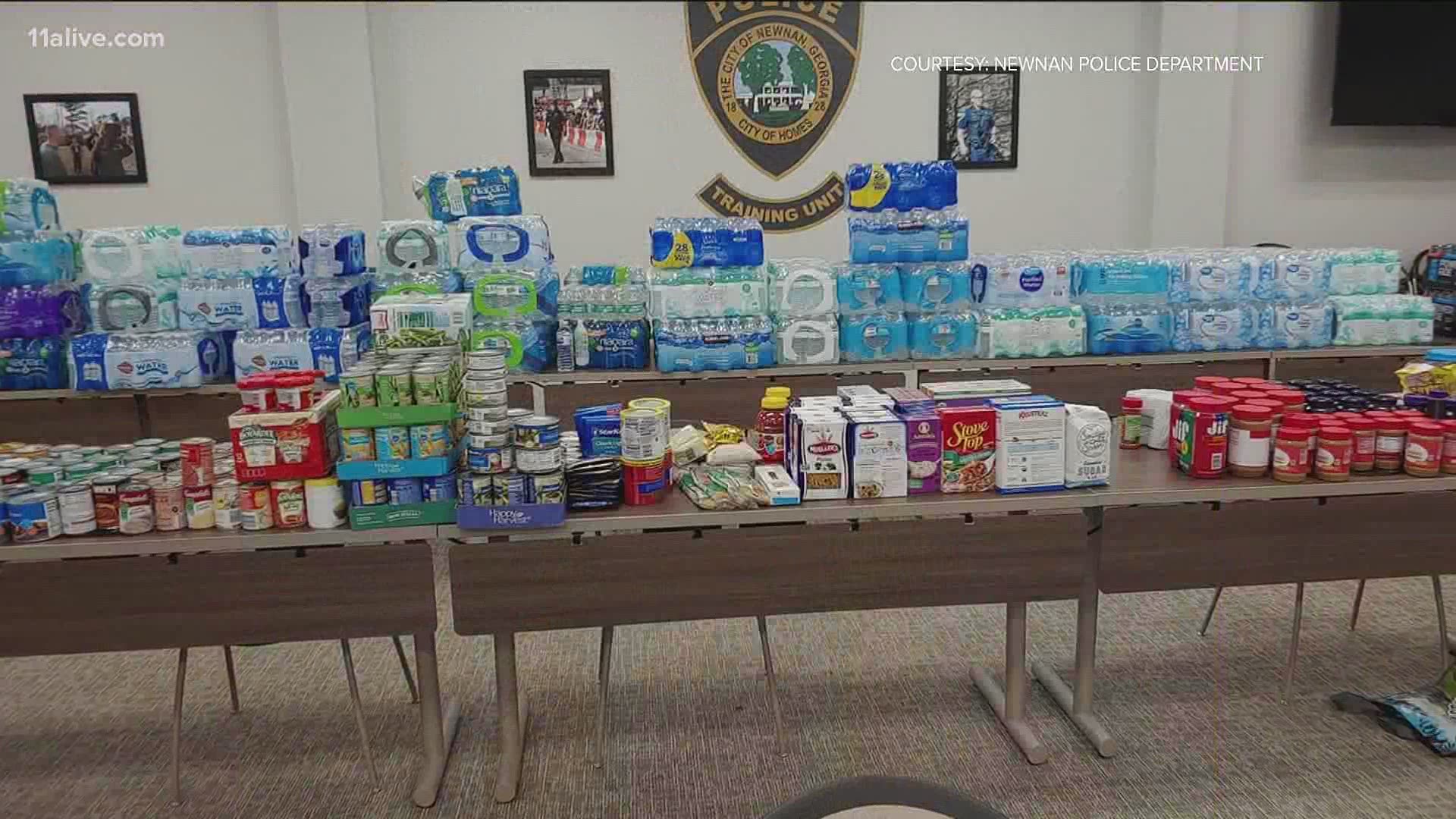 While many Newnan residents woke up to the destruction, some said they are lucky to be alive with just moments to spare as trees slammed into their homes during the storms.

This came after a deadly day in the neighboring state of Alabama, where at least five people were killed and many more injured, after a series of destructive tornadoes swept through during a severe weather outbreak that impacted several states across the Southeast.

RELATED: 'I don’t want to be blown away': Heard County woman details how neighbor helped her get out of home during storm

Here are some ways you can help those who have been displaced or impacted by the storms.

As of Saturday, the Coweta County government reported it has received a surplus of water and tarps. However, they still need toiletries, cleaning supplies, and plastic totes. Donations can be dropped off at the Coweta County Fairgrounds at 275 Pine Rd. in Newnan between 9 a.m. and 5 p.m. on Sunday.

For those wanting to volunteer, the county is asking them to wait for now. The county is urging the general public to stay off of roads, particularly in impacted areas, to keep them clear for state crews and mutual aid partners who are working to clear them and restore power.

However, the volunteer stage will happen, the county says, and they will announce how volunteers can help at that time.

The Coweta Community Foundation is taking financial donations online that it says will be distributed for disaster relief to Coweta agencies. Donations can be made online at CowetaFundation.org/donate. Donations are also accepted by phone at 678-340-0790.

The Newnan Police Department reports that its donation collection centers are currently full and they are asking the public to hold onto donations until later in the week when supplies run low.

One temporary supply and donation site was previously set up at the Newnan Centre at 1515 Lower Fayetteville Rd, Newnan, GA 30265. However, the city announced that the location was now closed to donations due to the massive volume of items already received.

While the specific donation requests may change later in the week when police and city officials announce further requests and locations, the department was previously accepting non-perishable food items, bottled water, goodie bags, and toiletries. No clothing items were being accepted.

Those who still intend to bring donations are asked to redirect them to the fairgrounds and not the Newnan Centre.

Credit: Newnan Police Department
Newnan Police shared on Facebook that the department received an overwhelming amount of donations and support from the community to help those in need after a deadly tornado ripped through Friday.

As of Saturday afternoon, the location at 1765 Highway 34 East, Newnan, GA 30265 has met its storage capacity and is now redirecting donations to the city of Newnan's collection sites.

The city is now requesting all donations be dropped off at the Coweta County Fairgrounds where they will be accepting them on Sunday from 9 a.m. to 5 p.m.

While they aren't accepting donations, the YMCA did announce previously that the shower there will also be open to families in need from 3 p.m. to 5 p.m. both Saturday and Sunday. You can contact the group's Community Outreach at 770-254-5920 with any questions.

The American Red Cross was also called in to assist with relief efforts in Newnan. The group is no longer using Evans Middle School as a makeshift shelter. However, a spokesperson for the Red Cross said that they have now opened up four hotels in Newnan to help those displaced after their homes were damaged in the storms. You can make a donation to the local branch of the American Red Cross or the national disaster relief fund by visiting their website.

The Salvation Army says it's delivering supplies such as water, hygiene kits, and tarps to the hardest-hit areas and serving meals to first responders and other workers aiding relief efforts. The group also has volunteers on standby and ready to help and feed those in need if and when requested.

How you can help: