Some living in Atlanta's Howell Station neighborhood say they may sell their property and move out if the project continues. 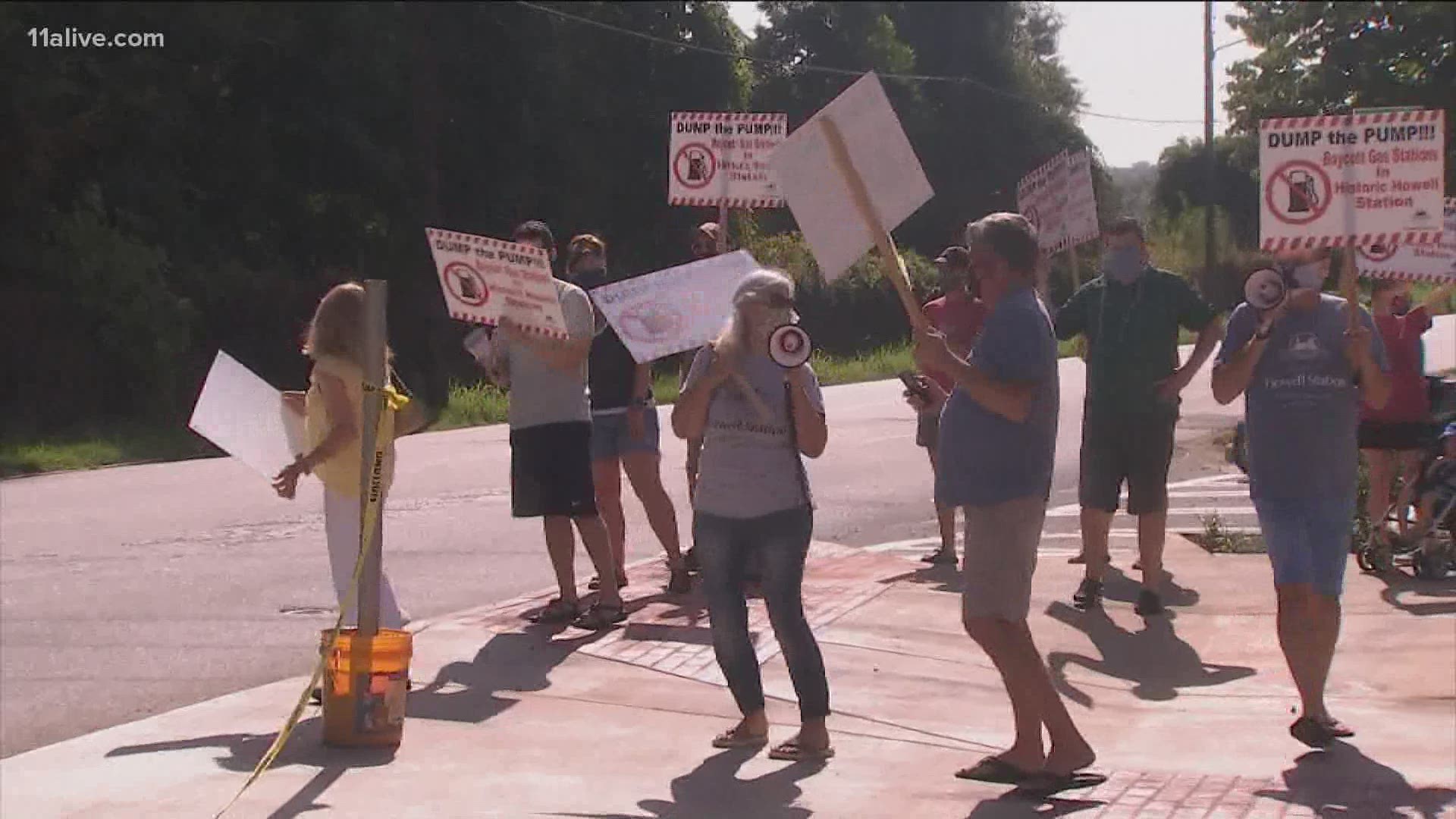 ATLANTA — Residents in the historic Howell Station neighborhood of Atlanta are speaking out against a gas station that they say is being built illegally.

A group of protesters out near the property, on Saturday, said the gas station will sit too close to residential property and should not be allowed. Some property owners near the construction said they plan to sell.

A member of the group described them as 300 families and that many, if not all, neighbors had been vocal about the construction project. The group is also working to get signatures from those directly impacted by the gas station.

In short, the group suggests that it believes placing a 24-hour gas station next to private residential properties is not legal due to zoning restrictions. The group claims an alteration of the lot designation now places it next to what developers claim is an empty lot.

A critic of the new gas station said emails to the City of Atlanta have gone unanswered. And with the battle continuing, some neighbors decided to take to the street in direct protest of the project.

The National Park Service lists Howell Station Historic District in hits national register of historic places. The neighborhood is located northwest of downtown Atlanta and, according to the agency, is dominated by light industry associated with development along Marietta Street.

Much of the original development was destroyed during General William Sherman's "March to the Sea" but, according to the National Park Service, developers began redeveloping the area in the 1890s.