April Bragg with the Robins Regional Chamber says from 3 p.m. to 6 p.m., roughly 600 jobseekers showed up. 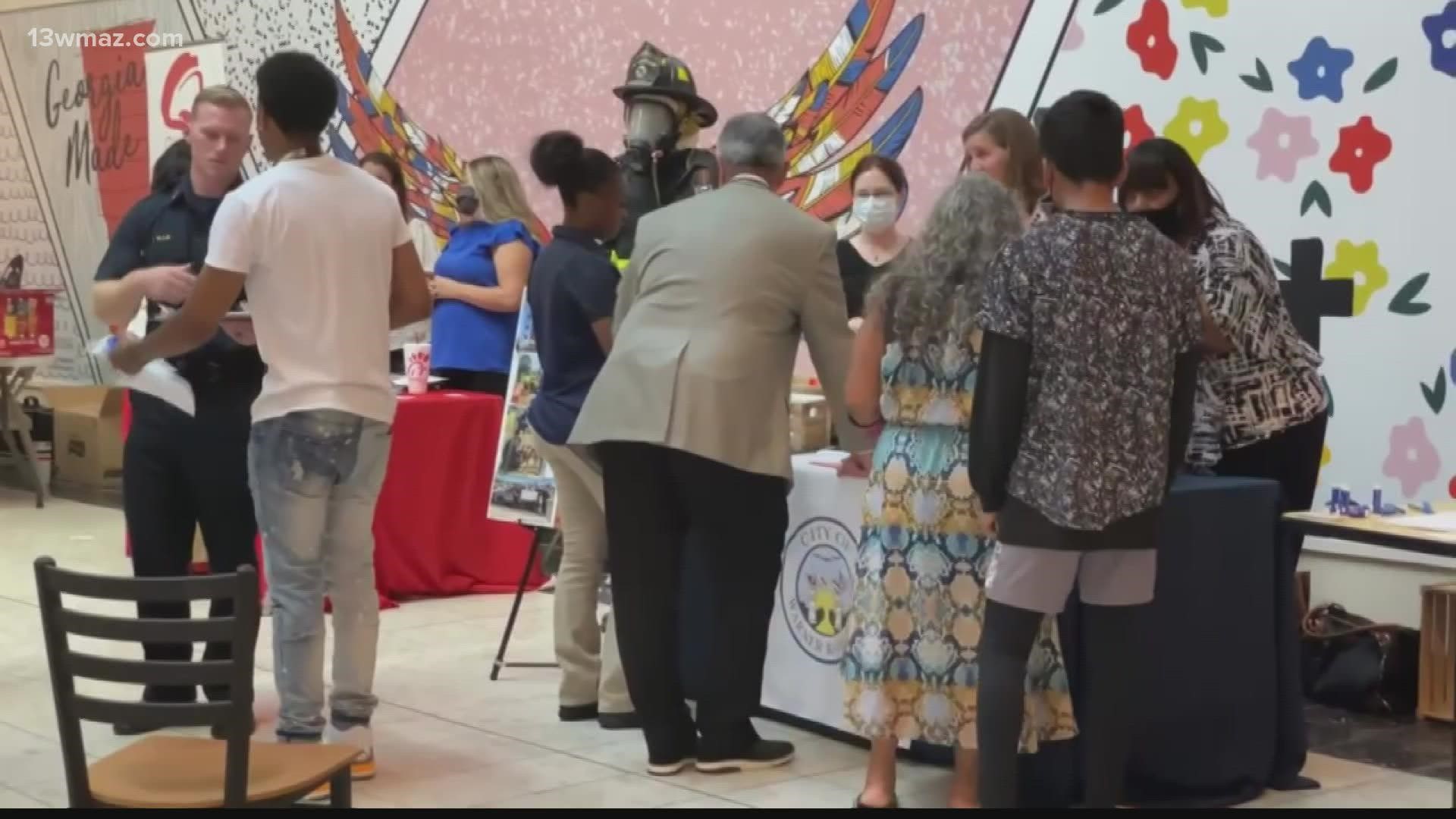 Those companies have more than 900 jobs available among them.

April Bragg with the Robins Regional Chamber says from 3 p.m. to 6 p.m., roughly 600 jobseekers showed up.

Devon Joiner with Alfa Insurance was one of the many company representatives on hand, and he says hiring is tough in general, not just during a pandemic.

"Finding people to work is a challenge. It's always been a challenge -- not just in the past few months, it's always a challenge to find the right fit when you're in a position like I am where you're dealing with the general public. It's hard to find people who have those people skills," Joiner said.

Many of the companies conducted on-site interviews and were willing to hire immediately.

Some even provided sign-on bonuses.