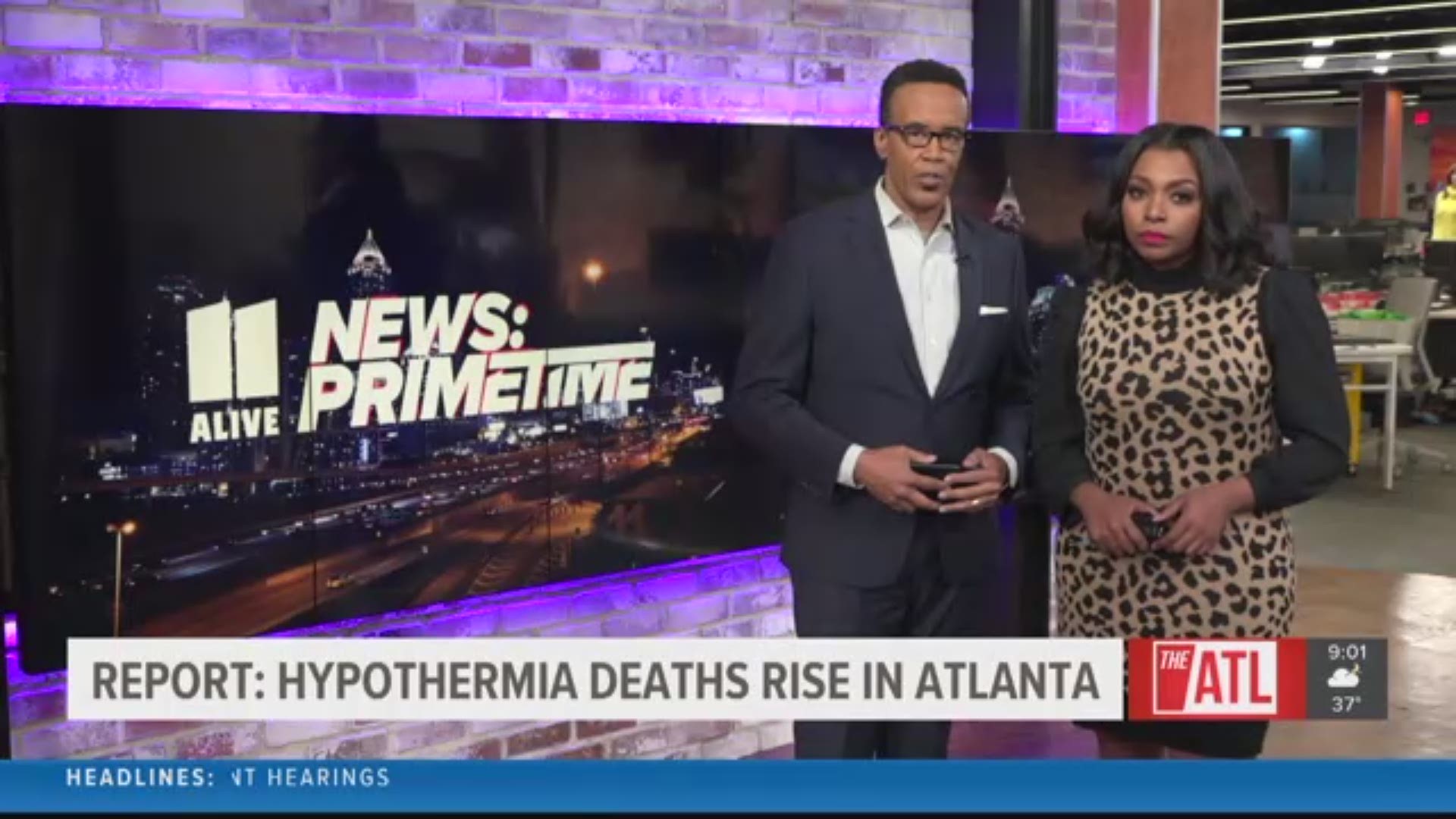 Nineteen homeless people have died from hypothermia in a two-year period between January 2017 and January 2019, according an internal report from the city of Atlanta.

The report was submitted to the Deputy COO's office in April.

Council member Antonio Brown told 11Alive's Elwyn Lopez he read the report and agrees that more needs to be done to address the issue.

"This will continue to happen until we can address this problem with a permanent solution around the issue of deaths within homelessness, within hypothermia that homeless folks face every day that they are on the streets in the cold," Brown said.

Eighteen of those deaths happened after Peachtree-Pine closed its doors a couple of years ago. Peachtree-Pine was Atlanta's largest homeless center. It closed down in 2017 after years of politics and lawsuits. It was considered a "low barrier" shelter with 800 beds.

The internal report also pointed out that these deaths occurred as early as the end of October of 2017. In it, suggesting that outreach to homeless individuals on the likelihood of freezing to death in November is crucial.

The internal report stated that alcohol was found to be a factor in the deaths, stating "the 19 autopsies examined for this report, 11 (65 percent) showed the presence of alcohol or withdrawal from it as being a significant factor. Of those 11 dead, two reportedly had been treated at Grady Hospital for intoxication and withdrawal, separately, the day before they died."