Iconic Atlanta restaurant shutters after 20 years due to 'extraordinary circumstances'

Il Localino had been open since October 2000 off Highland Avenue in the Inman Park neighborhood. 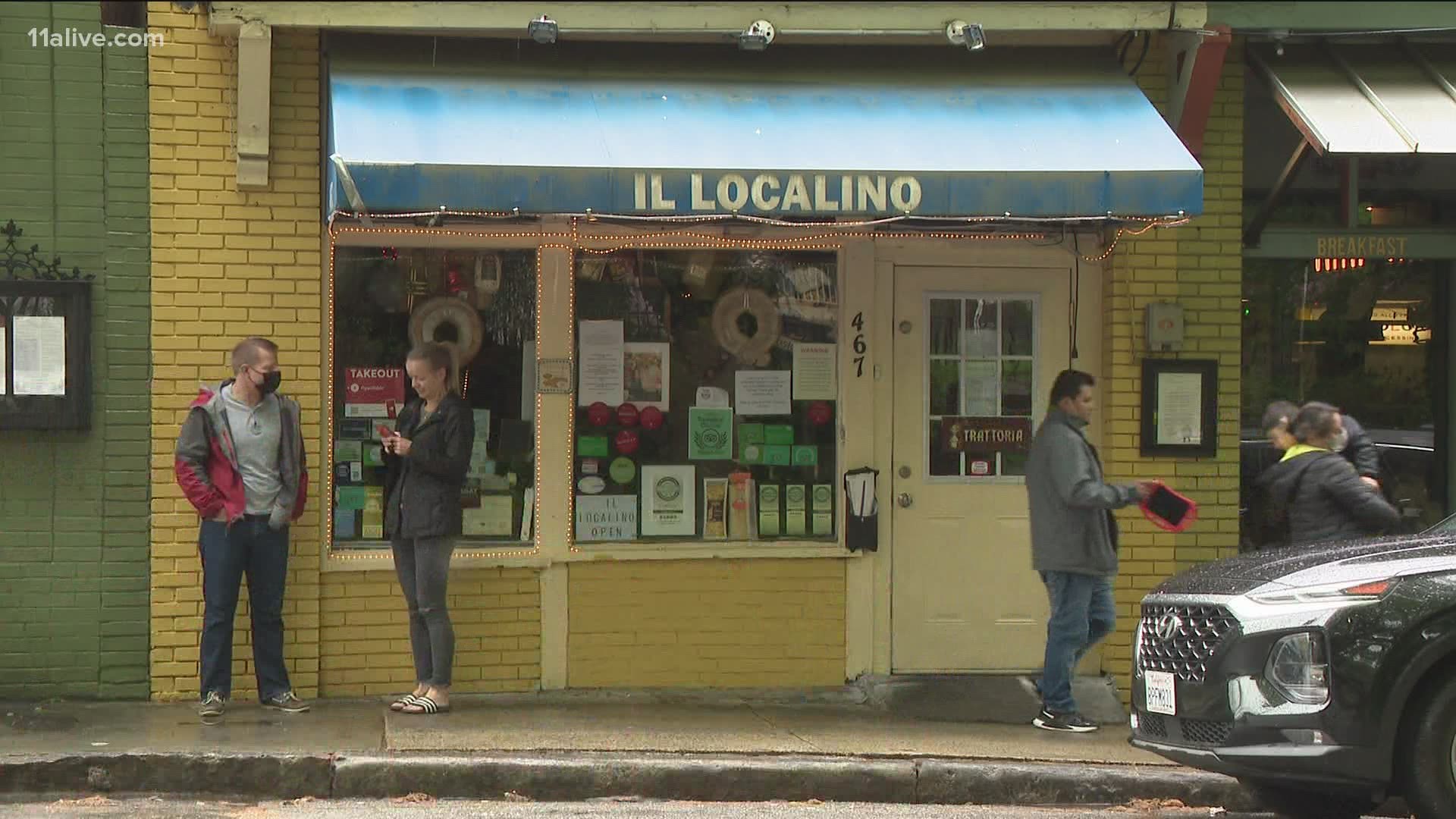 ATLANTA — A restaurant that has been a staple in the Atlanta community for more than 20 years abruptly shut its doors on Friday.

Il Localino shared the news on social media with a short message from its owners, known to most as Professor Giovanni and Mama Gale, saying they were "heartbroken" to report that "due to extraordinary circumstances," the restaurant would be closing.

The family-owned restaurant had been open since October 2000 off North Highland Avenue in the Inman Park neighborhood.

After the news got out, many longtime customers were concerned about the health of the owners. They released a more detailed statement that said the "unforeseen circumstances" are not due to the health of Professor Giovanni or Mama Gale.

They said they were thankful for the "outpouring of love and appreciation."

"Most of all, we want you to know that we love you! Professor Giovanni and Mama Gale have loved every moment of the last 20 years of their lives getting to serve you, getting to know you and getting to be apart of the special moments you’ve shared with the entire Localino team. Thank you for sharing birthdays, promotions, anniversaries, weddings, friendship celebrations and holidays with all of us for so many years."

An online fundraiser was set up for its employees and staff who were suddenly left without jobs. More than $11,000 had been raised as of Saturday night.

The statement went on to say that they were not sure what the future holds, but that they "won't be strangers."

"Our passion for food, friends and making memories will not disappear as we close the doors of Il Localino. Rather, they will manifest in new ways as we continue to do what we love," they said.