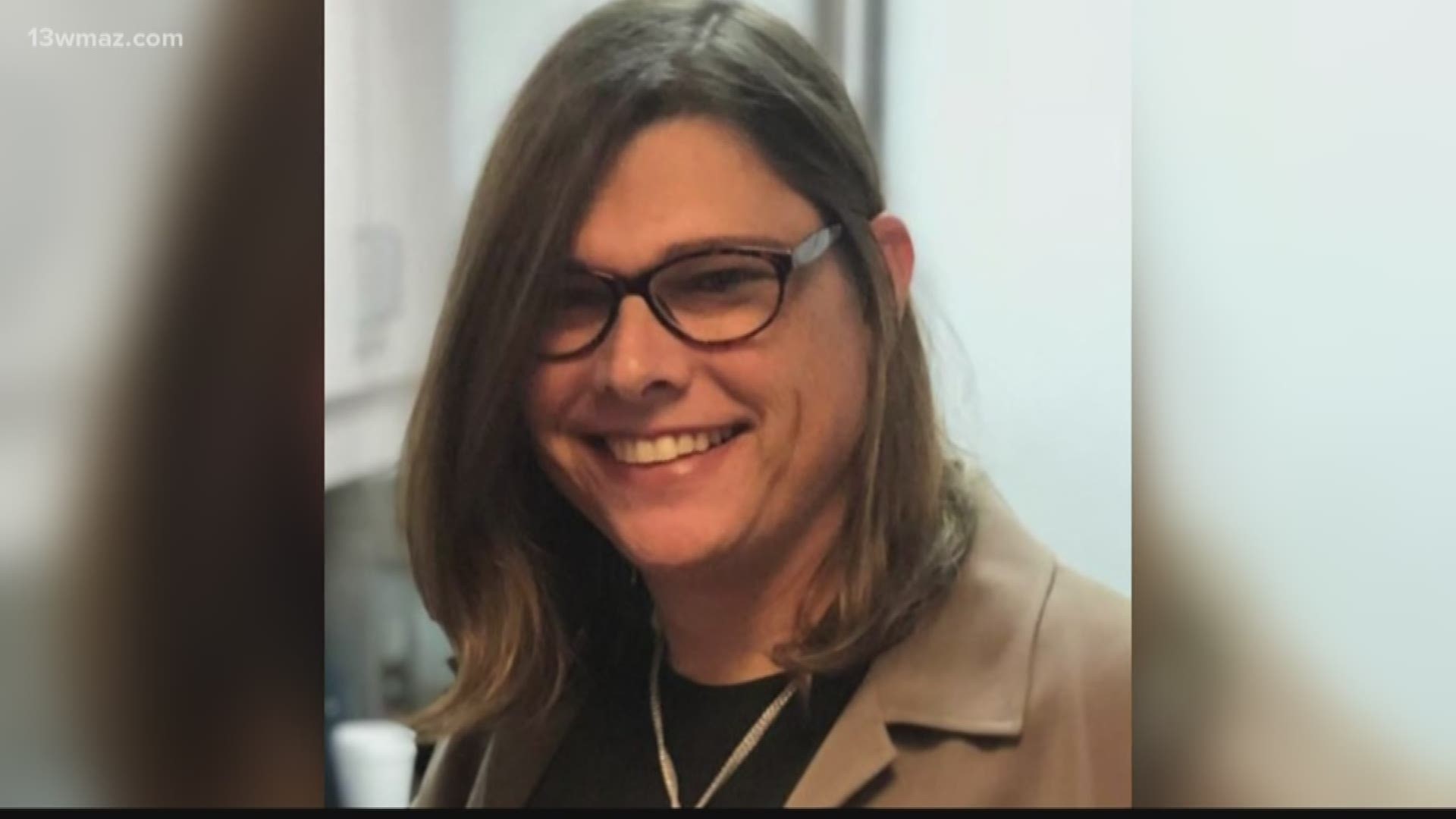 HOUSTON COUNTY, Ga. — She's an Auburn grad and a soccer referee, an amateur beekeeper, and, as of 2017, an openly transgender Houston County Sheriff's Office deputy.

Sgt. Anna Lange says her coworkers and bosses have been supportive.

"As long as I'm giving the residents of Houston County my 100 percent in my daily work, then that's what's expected of me," she said.

But she says after her insurance provider initially told her they would cover gender reassignment surgery, it turned out the county's employee insurance plan wasn't giving her its 100 percent.

"They submitted the pre-authorization and were like, 'Nope, sorry -- you're excluded."

Those surgeries, CBS News reports, can cost tens of thousands of dollars.

According to their website, the American Medical Association supports insurance coverage of such treatments "as recommended by the patient's physician."

But he and Lange both also said they'd rather settle the issue without litigation.

"We don't want to go to court over this, we don't think it needs to have any legal action taken," said Lewis. "This should be a simple fix."

That fix, Lewis said, would be a vote by county commissioners to include coverage for transgender-related medical procedures.

Lange says if she had her choice, gender dysphoria, which means your gender identity doesn't match your biological sex, wouldn't have ever been a factor in her life.

"Nobody knows what causes gender dysphoria," said Lange. "If there was a pill that I could take to make this all go away, I would've taken this years and years and years ago when I was little, but there isn't, so my only other option is to transition."

To feel comfortable in her own skin, she says she needs that surgery.

That's why, he says, he and Lange are headed to the county commission meeting Tuesday night to make their case in public.

13WMAZ called and left multiple voicemails for county officials, asking them for comment on this story. As of 11:20 p.m. Monday, those messages were unreturned.