Inside SHARKS! Georgia Aquarium's exhibit on predators of the deep sea

The sharks featured in the 20-foot-deep, 185-foot-long exhibit and can be spotted in the floor-to-ceiling acrylic windows! 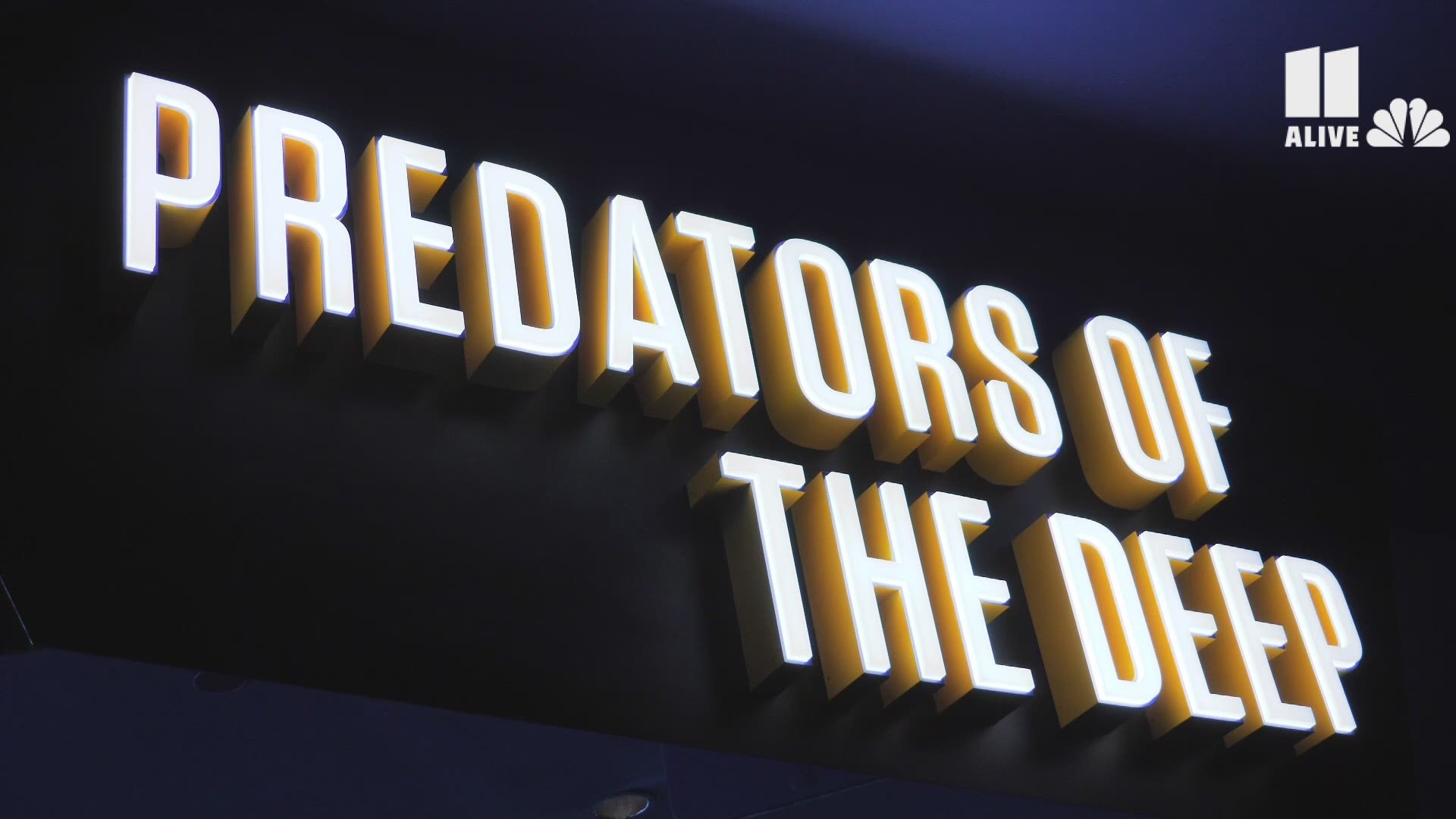 ATLANTA — The Georgia Aquarium unveiled its latest exhibit featuring sharks on Friday. The new gallery “Sharks! Predators of the Deep” is described as “an unforgettable experience with one of nature’s most formidable apex predators.”

The sharks featured in the 20-foot-deep, 185-foot-long exhibit can be spotted in the floor-to-ceiling acrylic windows. According to Georgia Aquarium, thousands of pilchard fish also shimmer and school amongst the sharks throughout the 1.2 million gallons of saltwater.

Georgia Aquarium is also unleashing another upgrade to its facility, as there is reportedly an entirely new main entrance to the Aquarium.

“As guests explore our new gallery, they will find themselves standing inches away from some of the most feared and mysterious animals on the planet,” said Dr. Brian Davis, the aquarium's president and CEO, said in a statement.

“We hope to turn that fear into fascination and ultimately an appreciation for sharks," he added. "Our goal is to have guests leave with a deeper understanding of all shark species and a respect to protect them.”

Visitors who dare to see the show will apparently get even closer to sharks and rays with the help of state-of-the-art technology. Guests will go behind-the-scenes and wade into an immersion pool attached to the main shark habitat, according to the announcement.

“Accompanied by Georgia Aquarium staff, guests will learn about zebra sharks and stingrays while simultaneously being in the water with these animals,” Aquarium staff reported in the release.

Check out how to reserve tickets for the complete immersive and experience and details about the Georgia Aquarium here.

PHOTOS| Inside SHARKS! Georgia Aquarium's exhibit on predators of the deep sea