Internet safety company goes undercover as 11-year-old girl: We were getting messages from adult men within minutes 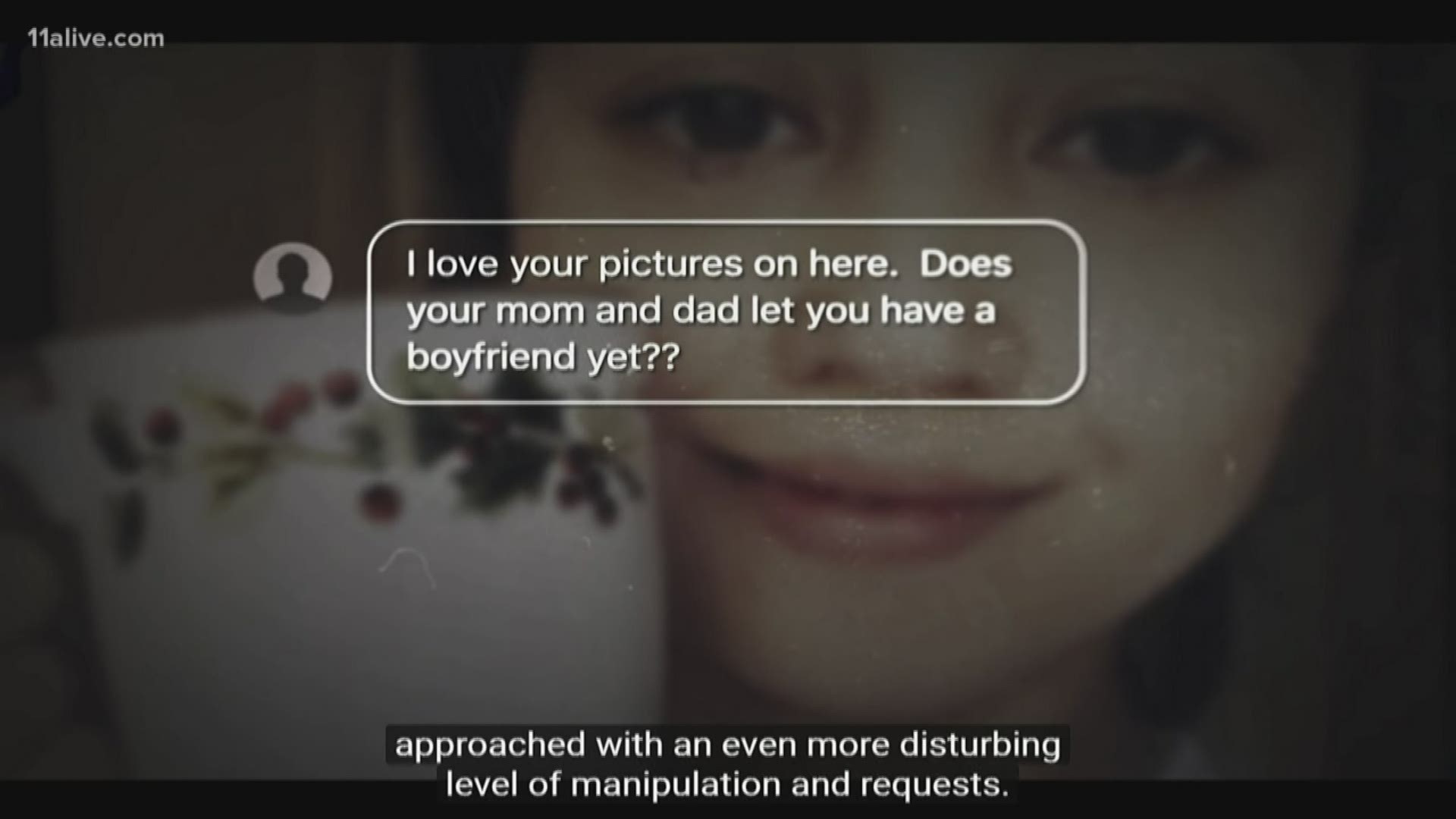 ATLANTA — It's a known fact that online predators are real. The internet safety company, BARK, has a mission to help parents protect their children online.

Recently, they went undercover as an 11-year-old girl - and the results were disturbing, they said.

The company said they didn't know what would happen when they set up online profiles posing as tweens. They thought they would be posting pictures on social media sites for months before any predators took the bait.

However, they were horrified to learn how wrong they were.

"It wasn't within minutes, it was within moments," said BARK U.S. Chief Parenting Office Titania Jordan. "Grown men were contacting who they thought was an 11-year-old girl for nefarious purposes. It was stomach turning and it was disturbing."

She said they didn't do anything to entice predators when they posed as a girl on social media.

"We purposefully posted content that was really innocuous, a coffee cup, a dog, a flower. Typical 11-year-old stuff that any child would post," she said ."And the fact that these communications came in just as quickly they did just made it real."

The team at BARK had five adults posing as the tween full-time to field all of the messages they had coming in.

"How quickly these exchanges graduated from 'Hi, how are you?' to, 'you should model,' just testing the waters, to full blown, graphic, sexual content of adult men, being sent to children, innocent children, was devastating," she said.

The results scared parents who are vigilant about internet security with their kids.Todd and Dana Parker said they're constantly talking to their middle school-aged kids about how to stay safe online.

RELATED: He thought he was meeting an 8-year-old for sex, instead, it was police he met

"I don't want to scare you, but there are these guys out there, but they're watching and looking and looking for the right moment, and the internet is such an easy way in," they said.

They said their kids were always scared of the typical, man in the white van growing up,  but Jordan said online, it's much scarier than that.

"There's this misconception about online predators that they're all this creepy dude living in their parents' basement," she said. "They're anyone. They're doctors, they're lawyers, they're teachers, they're pastors. They're everyone. They have pets that they love and care for, they contribute to the community. But they also have this dark aspect of their lives."

They published the results of their undercover findings online, and more than 7 million parents have read what happened.

She said parents have to be the first line of defense to protect their kids online, and kids have to feel like they can talk to their parents about it.

"They need to know that you are the safe place. That they can come to you free of judgement, free of repercussions," she said.

She added that parents need to start talking to children early. A 4-year-old might not understand online predators, but parents can talk to them about tricky people.

If parents see something disturbing on their children's accounts, capture the evidence first.

The way some apps work is that if you report or block them, that evidence could disappear. Take the screen shots to your local law enforcement agency, then block.

The full video about BARK's project can be found online.