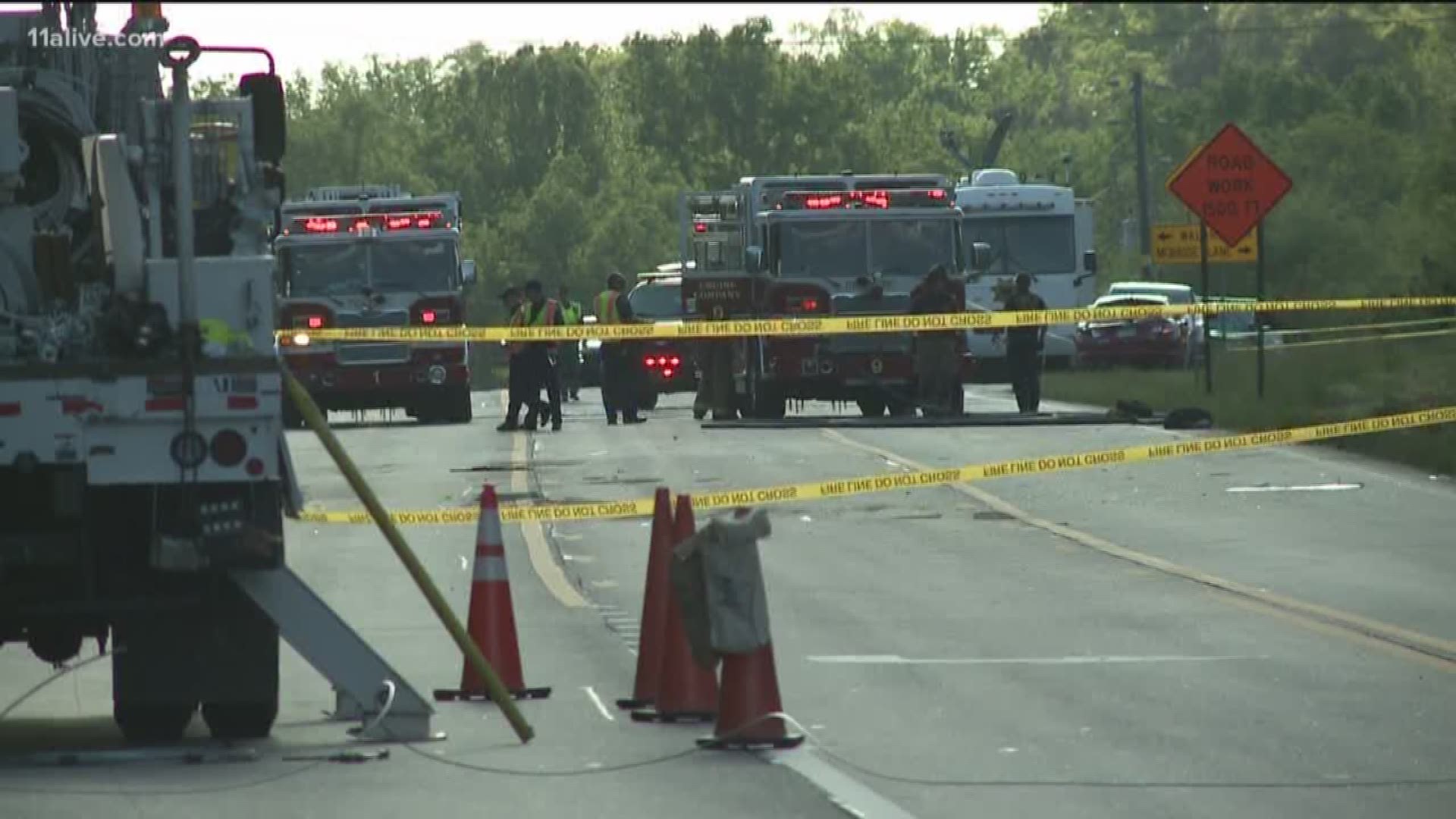 Two people are still recovering after an airplane crash Saturday in Forsyth County.

The crash happened around 5 pm, when a single engine airplane went down while trying to make an emergency landing on Highway 369, also known as Browns Bridge Road.

There were three people on the flight. One of them died.

The National Transportation Safety Board has confirmed there was a flight instructor and two students on board the Piper P-A 28.

Officials said it left Gwinnett County’s Briscoe Field at 5:11 pm. But shortly after takeoff, air traffic control got a distress call about a need for an emergency landing right as the plane was over Lake Lanier.

But instead of aiming for water, the pilot tried to make Highway 369 his runway. Instead, the plane hit a car, which sheared off a wing, and landed nose down in a ravine.

“The best place to land is in an open field,” said Don Barnes, who has been a pilot for 55 years. “But if there’s nothing but trees around or lakes and water, the highway may be your best choice.”

Barnes has been teaching students how to fly since 1975, and said most instructional flights are done between 2,000 and 3,000 feet, which gives a single engine airplane plenty of space to glide to the ground if the engine goes out.

“I would stay away from highways,” Barnes said. “I’ve had nine engine failures in my career and I’ve only landed once on a highway.”

But he says what’s worse than landing on a road, is landing on the water.

“You don’t want to land on a lake,” he said. “Once you hit the water, it’s like hitting concrete. It’s hard, and the plane can do any number of things. It’s unpredictable.”