"Is it cold in the car, you're asking? Yeah, it's freezing in there," one officer is heard saying. 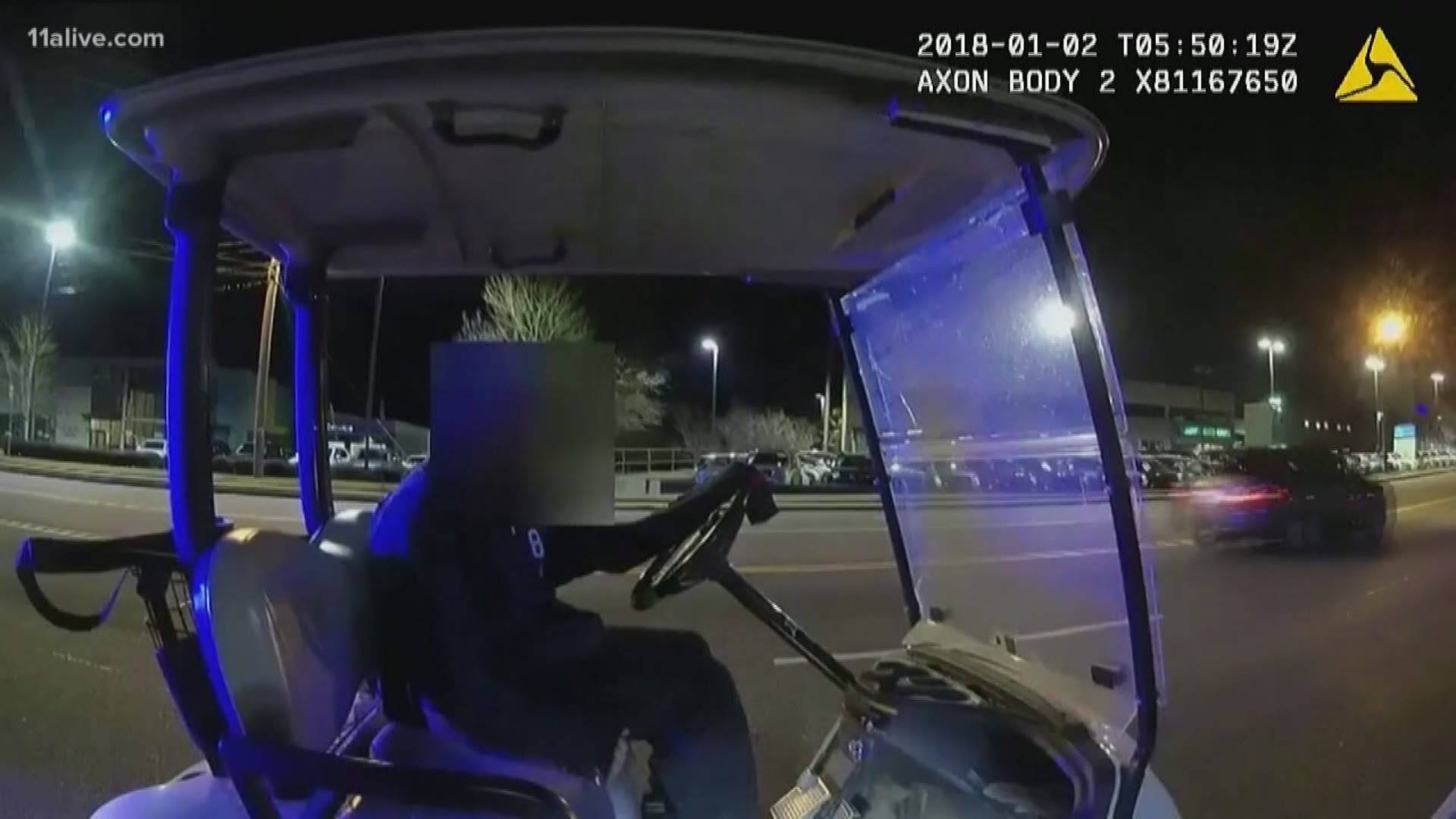 ROSWELL, Ga. -- A Roswell police sergeant has been placed on administrative leave amid an exclusive 11Alive investigation that uncovered video showing officers allowing a "soaked and frozen" teen to sit in the back of a "freezing" patrol car on one of the coldest days of the year.

The boy was stopped while driving a golf cart on a Roswell street. He told the officers that he was taking the golf cart to Starbucks.

When questioned further, the teen was vague on details, telling the officers that his mother was at a nearby apartment complex, but stating that he didn't know the apartment number or his mother's phone number.

While attempting to figure out how they're going to deal with the situation, the officers detained the boy in the back of a patrol car.

The boy's clothing was "soaked and frozen" in the cold weather, according to the police report. Officers purposely kept the windows down and turned off the heat as the boy was handcuffed and detained in the back of a patrol car.Temperatures that night got down to 13 degrees.

"Getting cold yet? Because I've got heat in this car," one officer said. "You're going to hang tight right here since you can't remember mom's phone number. And if I can make contact with mom, then we'll get some heat going. "

Officers told the boy he would be kept in the cold until he started answering their questions.

"Is it cold in the car, you're asking? Yeah, it's freezing in there," a female officer is heard saying. "Well, he's got all the windows rolled down and the heat off."

Police believed the golf cart had been stolen, but the 13-year-old was later returned to his mother with no charges. Officers were never able to determine where the boy had gotten the golf cart, according to the police report.

The boy's mother told 11Alive that she was "going to be sick" after hearing that officers had kept her son in the extreme cold to extract information from him.

It appears that an internal investigation into the January incident began after the 11Alive Investigators requested video of the incident under the Open Records Act.

Elzey was placed under administrative leave on July 19 -- more than six months after the incident.

The video is the latest in a series of stories on the Roswell police department by the 11Alive Investigators.

11Alive received the video on July 24, though it was requested three weeks prior -- before the other investigations into the department. The audio appears to have been removed from portions of the video, and officers are heard talking about muting their bodycam microphones.

RAW VIDEO: This is the full video of the incident, as provided by Roswell Police

In a previous investigation, video showed officers use a coin flip app to apparently determine the fate of a driver.

After the 11Alive investigation aired -- and spread to news outlets across the world -- two officers, Kristee Wilson and Courtney Brown, were placed under internal investigation. That was in July, several months after the April encounter.

Another video showed a police K9 attack a teen suspect. That video was kept hidden for two years.

Roswell Police Chief Rusty Grant announced he would be conducting a "top down" assessment of the department following the attention the 11Alive investigations received.