Studies show it's ranked No.1 for income inequality, even though it’s considered the ‘Black Mecca.’ 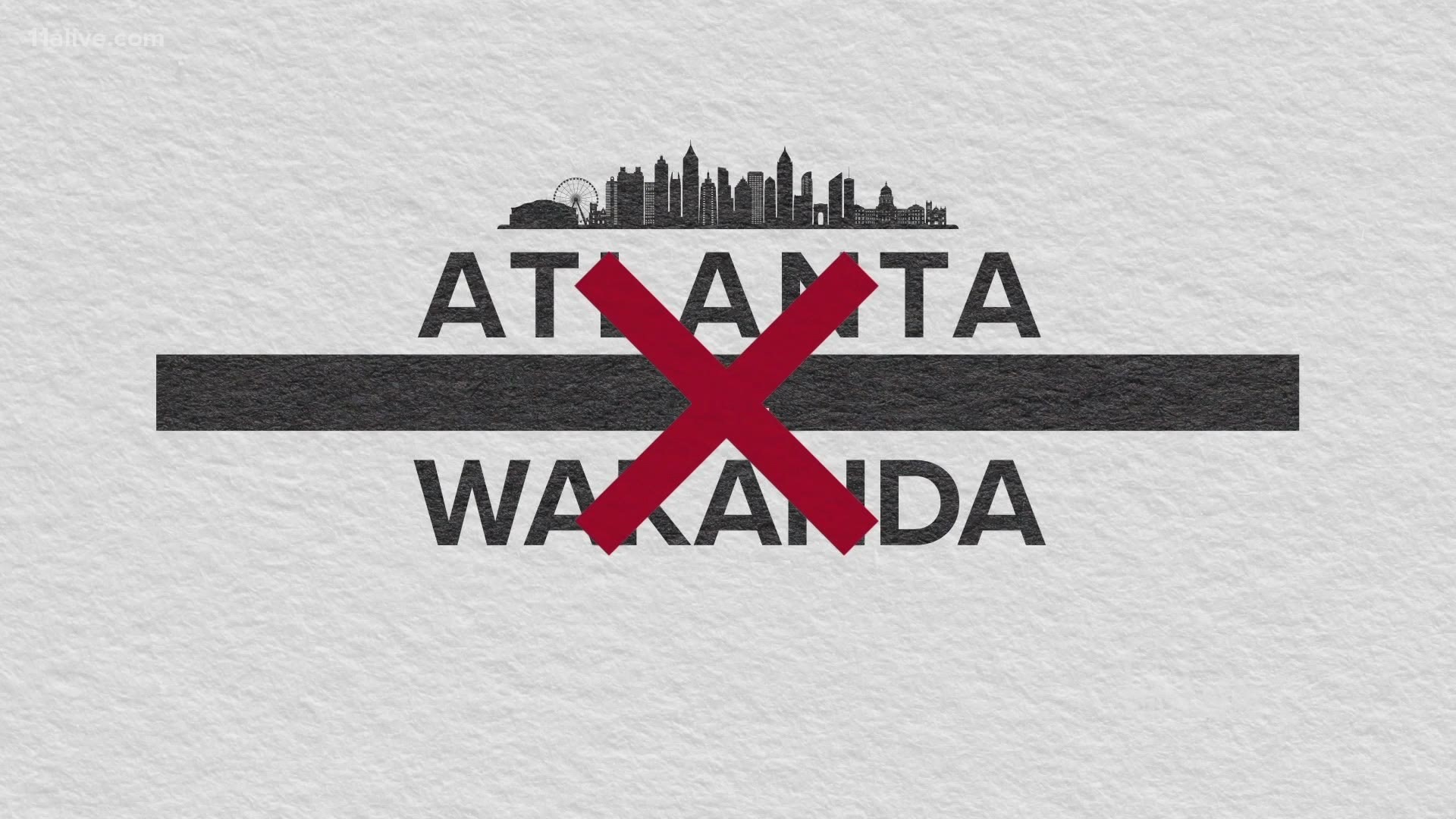 ATLANTA — It’s a comparison we’ve all heard by now: Atlanta and Wakanda, the fictional country featured in the movie Black Panther. It’s a location that thrives with resources, technology and diversity.

On one hand, Atlanta is arguably the culture capital of the entire nation, and the No.1 destination for film and entertainment in the southeast. It’s also known as the "Black Mecca," rich with black excellence and black history.

But while it is the heartbeat of the culture, on the other hand, it still ranks as the No.1 city for income inequality.

Yes, that’s right. Atlanta is the No.1 city for the Have's and Have-Not's.

"We do have a special city here. Let me be clear on that. But we can’t negate those that struggle most in this city," he added.

While the census shows that Black people are the majority of the population in Atlanta, the wealth gap between Black Atlantans and White Atlantans is wide.

The median household income for a White family is $83,722 compared to $28,105 for a Black family, according to the Atlanta Wealth Building Initiative.

Latresa McLawhorn Ryan is the executive director of the Atlanta Wealth Building Initiative. She said the data is startling.

“If a person is born into poverty in Atlanta, there’s a four percent chance of escaping poverty in their lifetime,” she said.

To compare the economic racial divide, just 2% of White households in Atlanta live below the poverty line, according to the American Community Survey.

The average Black-owned business is valued at $58,085 while the average value of a White-business is $658,264, according to the Atlanta Wealth Building Initiative.

But the imbalance doesn’t stop there.

You’ll find most of them in the heart of Atlanta’s south side and west side, where historic Black communities are trying to hold on to their neighborhoods, as property value goes up and gentrification begins to cause a demographic shift.

The Russell Center has been working hard to provide resources to Black entrepreneurs and business owners in the city of Atlanta to bridge the economic inequality gap.

Despite the statistics, Atlanta continues to hold on to its title as the Black Mecca of the country. The first time that association surfaced was in 1971 in Ebony Magazine.

“The idea of Black excellence doesn’t trickle to all the Black folk, and the real culprit is American greed,” Dr. Hobson explained.

Hobson went on to explain how the highways in Atlanta show the city’s struggles.

Historians say the path of the highways intentionally went through Black neighborhoods that were going to get bulldozed, and also created a border between the White and black neighborhoods, for example, Buckhead and the south side.

“The thing about it is, that was done by design,” Hobson explained. “If you go into federal records, you can see how the deliberation took place, in where we should put the interstate. The city, by and large, is segregated.”

That segregation along socio-economic lines is still visible to this day.

Jay Bailey said he believes the real solution comes down to three things.

“I’m a firm believer that the only difference between Bankhead and Buckhead is access, opportunity and exposure,” he said.

The two versions of Atlanta - from the romanticized version that’s showcased to the world, and the underserved Atlanta - both tell the story of this city. Organizations like the Russell Center and the Atlanta Wealth Building Initiative are working hard to bridge that gap.

“Yes, let’s go on record to say that as a Black city, we have the greatest potential to get it right,” Bailey said.

“We have adopted the reputation of being the Black Mecca. So, we know there’s an appetite to have that be a reality,” Latresa McLawhorn Ryan said.