It has already become dangerous on the water this season

Two deaths in Lake Lanier and three near pool drownings already this weekend, emphasize the need to keep an eye on water safety. 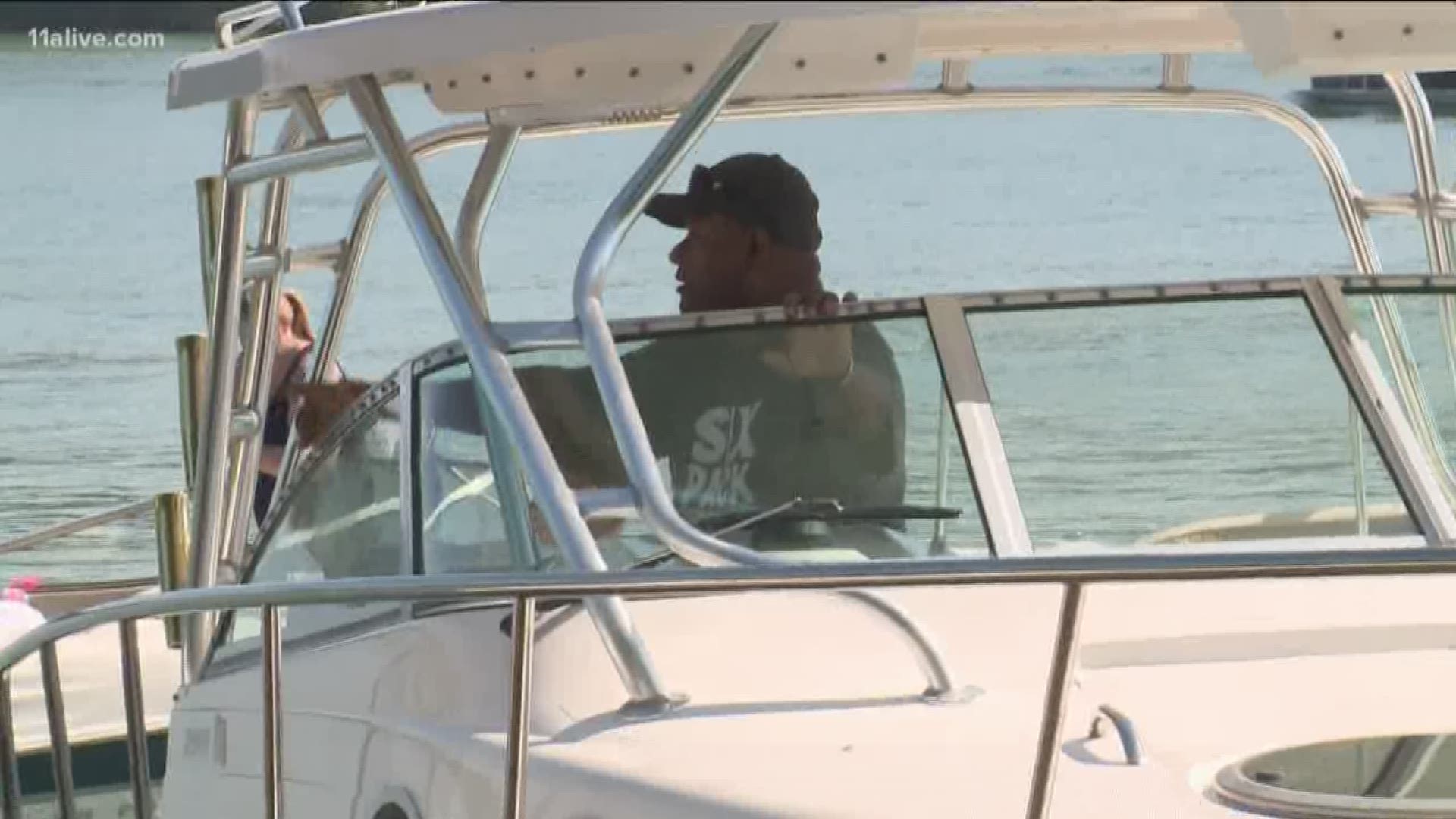 HALL COUNTY, Ga. — Over the holiday weekend, with its record-breaking heat, people are looking to cool off at the lake or the pool, but it has already been a deadly and dangerous weekend around the water.

Authorities have confirmed that in less than 24 hours, two people have drowned at Lake Lanier, and three kids nearly drowned in area pools.

Hall County officials said 30-year-old Reginald Whitehead drowned at Lake Lanier when his Jetski overturned on Saturday. Police said he was trying to pull into the boat ramp at Shoal Creek Park.

Just after midnight Saturday morning, a 61-year-old man, Michael Thompson, was found in the water near his Lake Lanier Dock off of Pine Forest Road.

One county over, in Habersham County, a 6-year-old is in critical condition after nearly drowning in a pool. Authorities there say the boy was pulled from a pool after possibly being underwater for 10 minutes.

He was airlifted to Children's Healthcare of Atlanta for treatment.

A 13-year-old boy nearly drowned and had to be pulled from a pool in Hall County. Authorities in that county say he was initially unconscious and was actually saved by a friend who performed CPR on him.

In a similar Hall County case on Clarks Bridge Road, a 9-year-old boy was pulled from a swimming poll and given CPR.

The official start to summer is more than three weeks away, but with the record high temperatures and the holiday weekend, the water is where people are headed to beat the heat.

The Georgia Department of Natural Resources says there are simple things people can do to be safe out on the water, not just this weekend, but through the entire summer.

This week, the Georgia DNR and the Hall County Sheriff's Office came together to stress some of the ssafety measures people should take -- one of those being to ensure that there is a designated driver.

Boaters are advised to treat the water like it's the road. While there is no open container law on the water, boaters will go to jail if they are caught operating a watercraft while under the influence.

RELATED: 6-year-old may have been underwater for 10 minutes before being recovered

Also, make sure that everyone on board has a life jacket and there is a plan in place.

"We always encourage everyone to have a water safety plan. And that's communicating with other people where you are going and what time you expect to return," said Col. Thomas Barnard of the DNR. "It's very important when a boat crashes. It often happens when you least expect it. So, to know where the life jackets are stored is very, very important."

Overall, each of these things are very simple to do, but they can keep everyone safe and make not only the weekend, but the entire summer season an enjoyable one.