"You're going to the party expecting to have fun. You're not going expecting to keep pressure on a bullet wound." 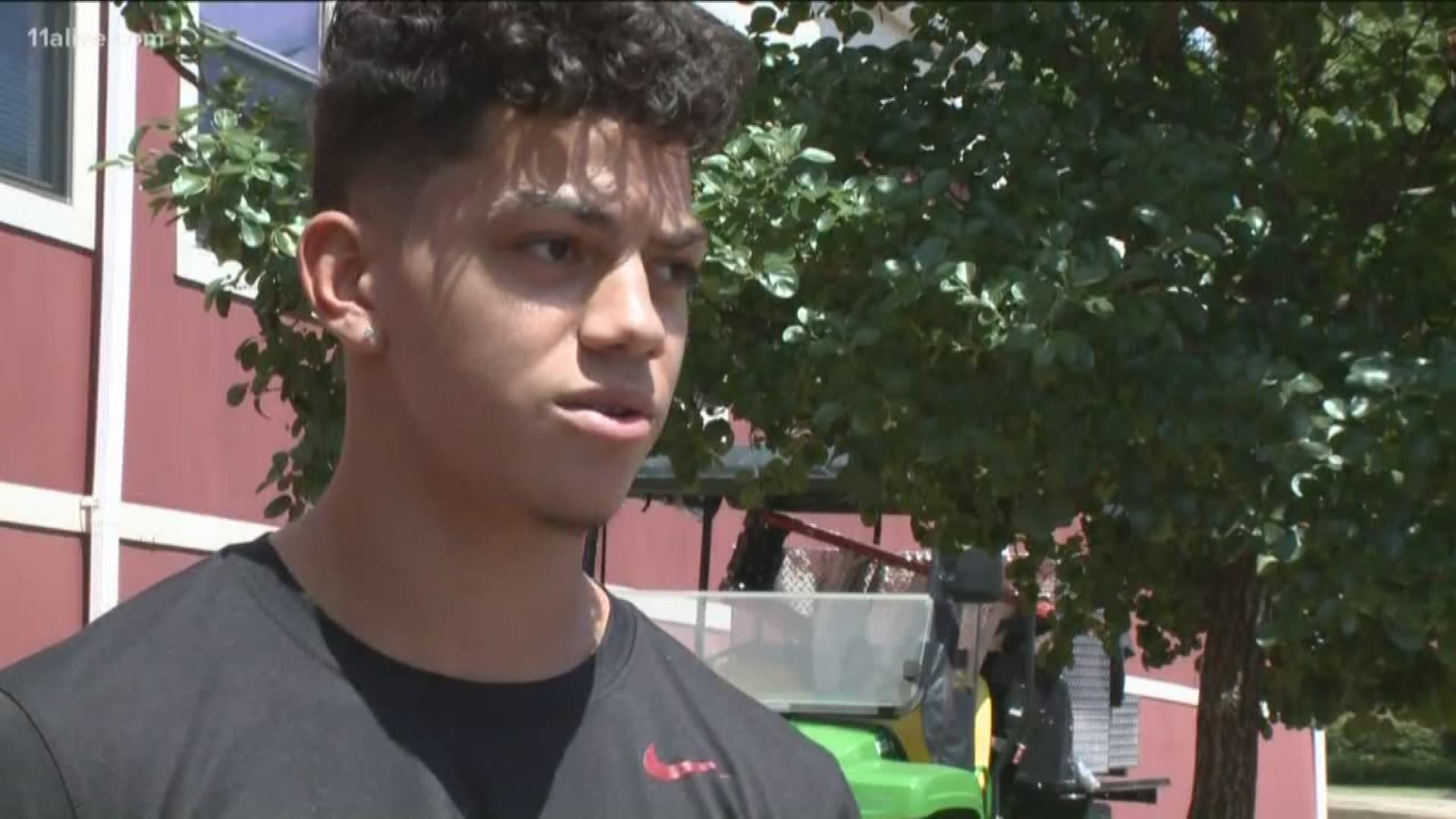 ATLANTA — It was the eve of the first day of classes at Clark Atlanta University, and Ambrose Haskin was with friends and other students, enjoying the night.

He never expected that the next chapter of his life would be punctuated by the sound of gunfire.

Haskin was on Clark Atlanta's University's campus Tuesday at a gathering outside the school's library. He and his friends were walking around the party. They had gotten separated from another friend, Jason, and his friend Elyse Spencer.

Haskin said his group paused for a moment in the middle of the party. They had only been there for a matter of minutes, then "We heard the first shot," Haskin said.

"Probably like two seconds later, it was four more consecutive shots, and that's when everyone started running," he recounted.

Haskin said they ran from the shots. But then turned back.

"My friend Chase lost his shoe, so we went back for his shoe. And my friend Jason - we didn't see Jason. So we had to go back for Jason, too," he said.

When they finally found him, Haskin said Jason was on the side of the street with Elyse. She was bleeding.

"And he was on the phone, and I saw his hand on her chest," Haskin remembered.

It was then that Haskin said his training as a lifeguard kicked in - spurring him into action.

"It was instinctual," he said.

"I was applying harder pressure on her chest, because Jason was focused on calling for help on the phone," he added.

"I just made sure there was more pressure on her chest, held her back so she wouldn't fall over. Talking to her, talking about her major, made sure she knew she was going to be OK," he described.

"She was worried about missing class tomorrow," he added. "Yeah. So, she's a fighter for sure."

"And she was talking to you the whole time," asked 11Alive's Doug Richards.

"Yeah. She seemed alert," he added.

Haskins added that as a lifeguard, he's trained not to crack under pressure, "but like," he trailed off.

Haskins, who's from Houston, said he spent the last week getting ready for the start to the school year. He said it had been going great - up until last night.

RELATED: 'It's a shock, it's surreal': Witnesses, leaders, schools react to AUC shooting

Police said three other students were hurt along with Elyse Spencer after Tuesday night's shooting. Erin Ennis, 18, of Powder Springs, Georgia; Maia Williams-McLaren, 18, of Boston, Massachusetts; and Kia Thomas, 19 are all recovering.

On Facebook the mayor of Rochester new York wrote that Spencer was a member of the mayor's youth advisory council. She wrote, "Elyse touched so many lives at City Hall and beyond." She added, "thank God she survived surgery and is in recovery."

She said that Elyse Spencer's family is en route from Rochester to Atlanta to be with her.

Meanwhile, Atlanta Police have turned their attention to finding the gunman behind the shooting that led to panic on campus. Investigators released video of the suspect they believe was involved. The man is described as wearing a white t-shirt, gray sweat pants, a tan Gucci hat, and gray New Balance sneakers.

MORE: This is what we know about the four students shot near Atlanta University Center library