'It was very powerful' | House explodes in Canton

The house in Canton is demolished. 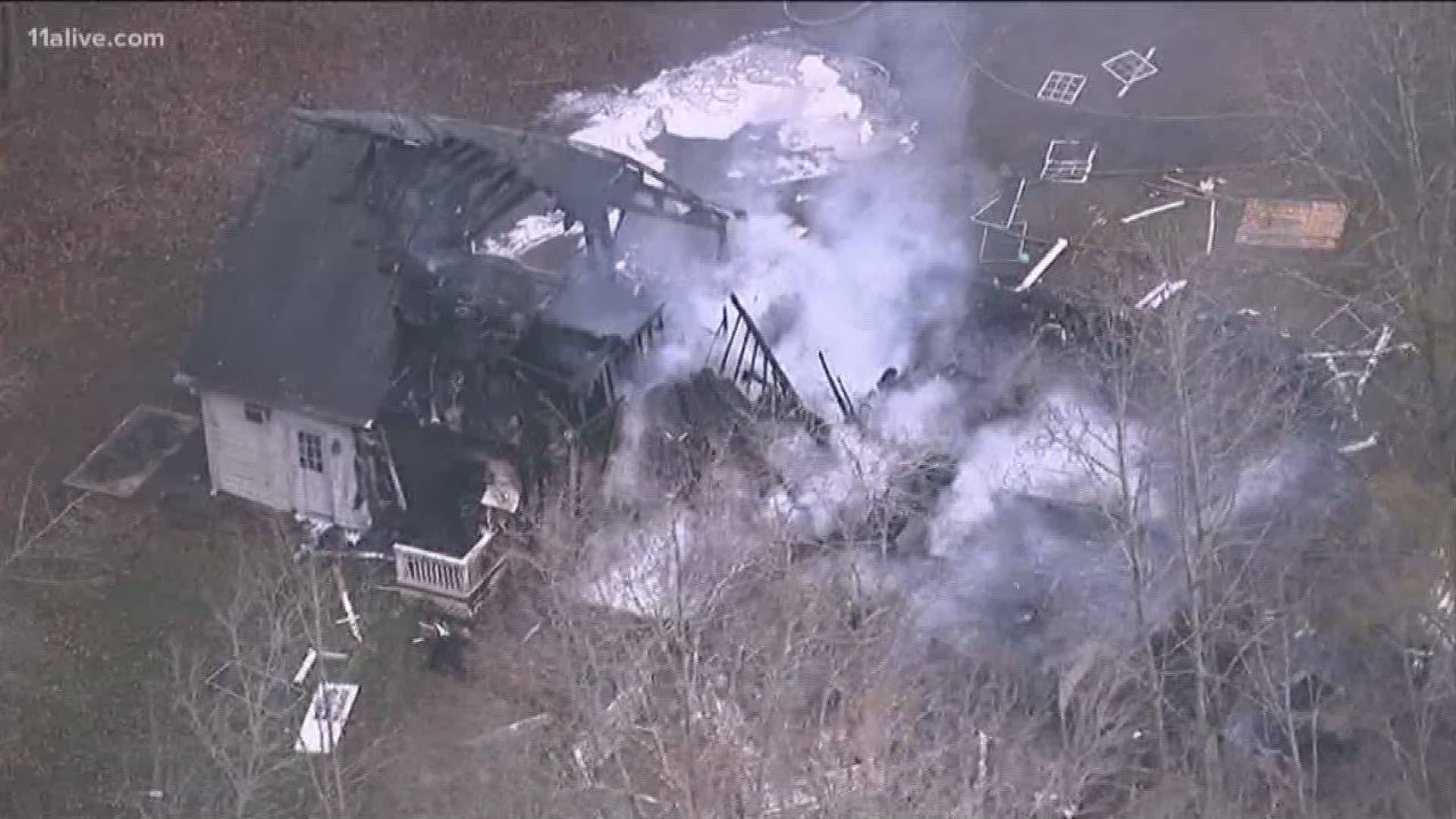 A house exploded in Canton after an apparent natural gas leak Friday afternoon, according to the Cherokee County Sheriff’s Office.

It happened at a home on Trenton Lane in Canton.

Jim Whitehead, who lives a couple doors down from the home, said the explosion was so loud he thought it was his own house that exploded.

"It was very powerful, I don't know how to describe it, but it was very obviously an explosion," Whitehead said. "It shook the house enough to make me think my own house exploded."

Whitehead walked outside and said he heard a woman screaming frantically.

"I went up to the front of the house and heard screaming ... flames had started but the house had not been engulfed in flames yet," Whitehouse said. "I heard the lady yelling for help, I tried to get in the front but it had already collapsed. I did fear there would be another explosion so I backed out and ran toward the back."

Whitehouse said another man ran up to help and they saw the woman in the back of the house.

"We were able to drag her away," he said. "Within about three minutes of getting her out, the home was completely engulfed in flames."

The woman told Whitehouse she smelled gas earlier in the day and called her son to come check on it before the home exploded.

Whitehouse said she may have broken her hip during the blast but the extent of her injuries is unknown at this time.

This is a developing story, check back for latest updates.

1 / 14
WXIA
A house in Canton apparently exploded after a natural gas leak.