Police said they've secured a warrant for a teen suspect they believe is responsible for the shooting. 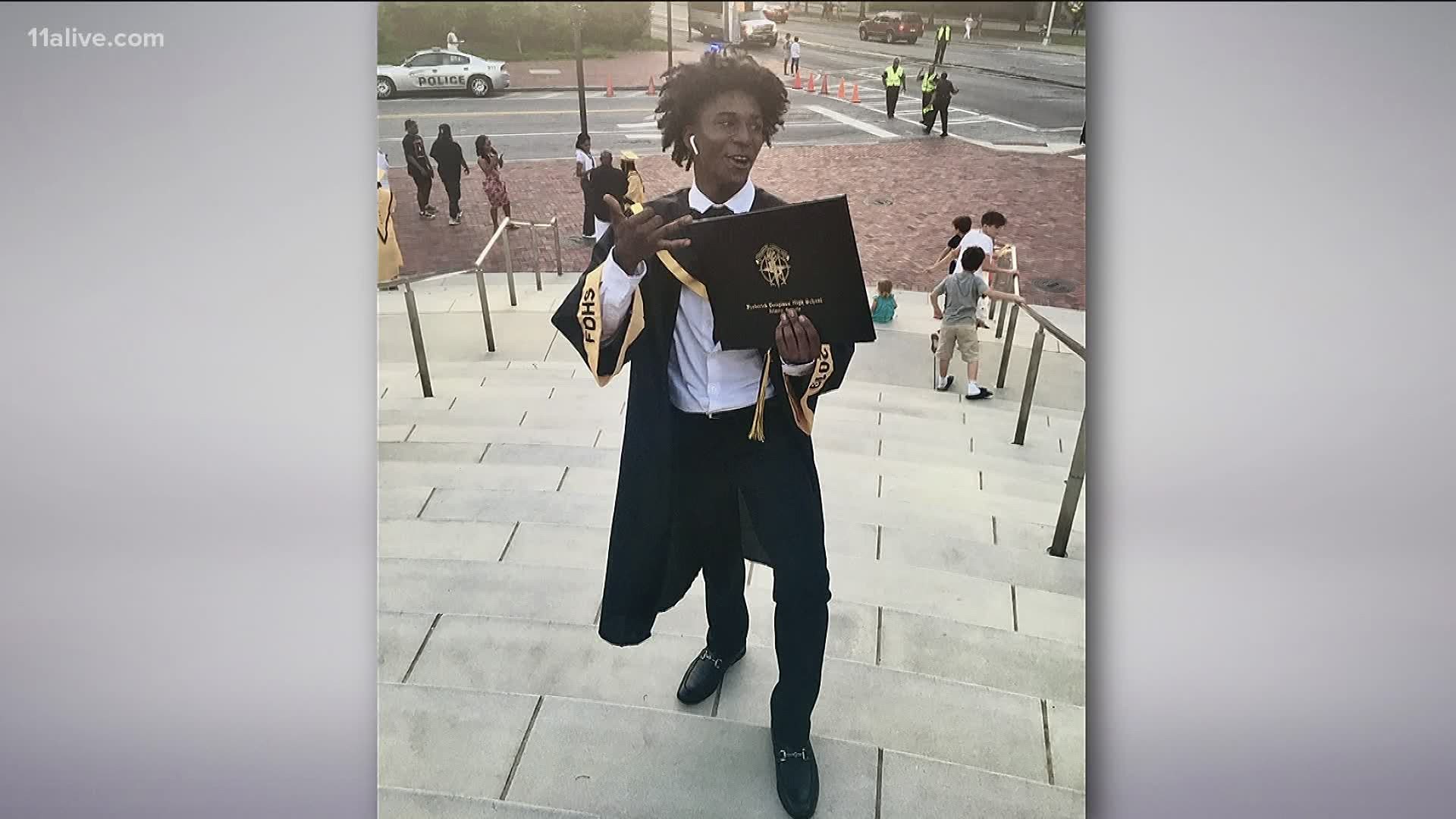 "His last words were, 'mom, I feel like something is not right, so I’m going to sell a couple of bottles of water and I’m coming home'," she recalled.

Police said the 18-year-old was gunned down Saturday afternoon while selling bottles of water along 8th Street in Midtown, just blocks from busy Peachtree Street.

Pless said she got word of his death in an anguished call from her son's girlfriend.

"She went to screaming, telling me that they had just FaceTimed her, and she saw him laying on the ground. That he had been shot," Pless recounted.

Police said they've secured a warrant for a teen suspect they believe is responsible for the shooting. That teen hasn't been identified by police because they are underage.

Investigators have not yet released a motive in the case, but family told 11Alive that they believe it was all over a $10 bill.

Pless said friends of Jalanni told them that he was selling water to a customer when a teen with a different group tried to sell to the same person. His friends said the customer gave Jalanni the $10, which led to a fight. Friends said the other teen left but came back with a gun and started shooting.

"Ten dollars is what caused Jalanni his life. Ten dollars. Think about that," she said.

Pless said Jalanni had a job, but was selling water, too, to earn enough to buy a car. He would have turned 19 in three weeks.

"When he left me that morning, I was not expecting to be doing this," she explained, referring to mourning the loss of her son.

Although authorities do have warrants out for the suspect, Pless said she's still missing a piece of her.

"That’s my first and only son," she said. "You took my life when you took his."

Pless said she has the torn $10 bill her son lost his life over. Now, she is trying to raise money to help cover the costs of his funeral via a GoFundMe page.

Teen missing for months from Oconee County has been found