The family will also host a private funeral service on Monday, Nov. 30th, at 1 p.m. 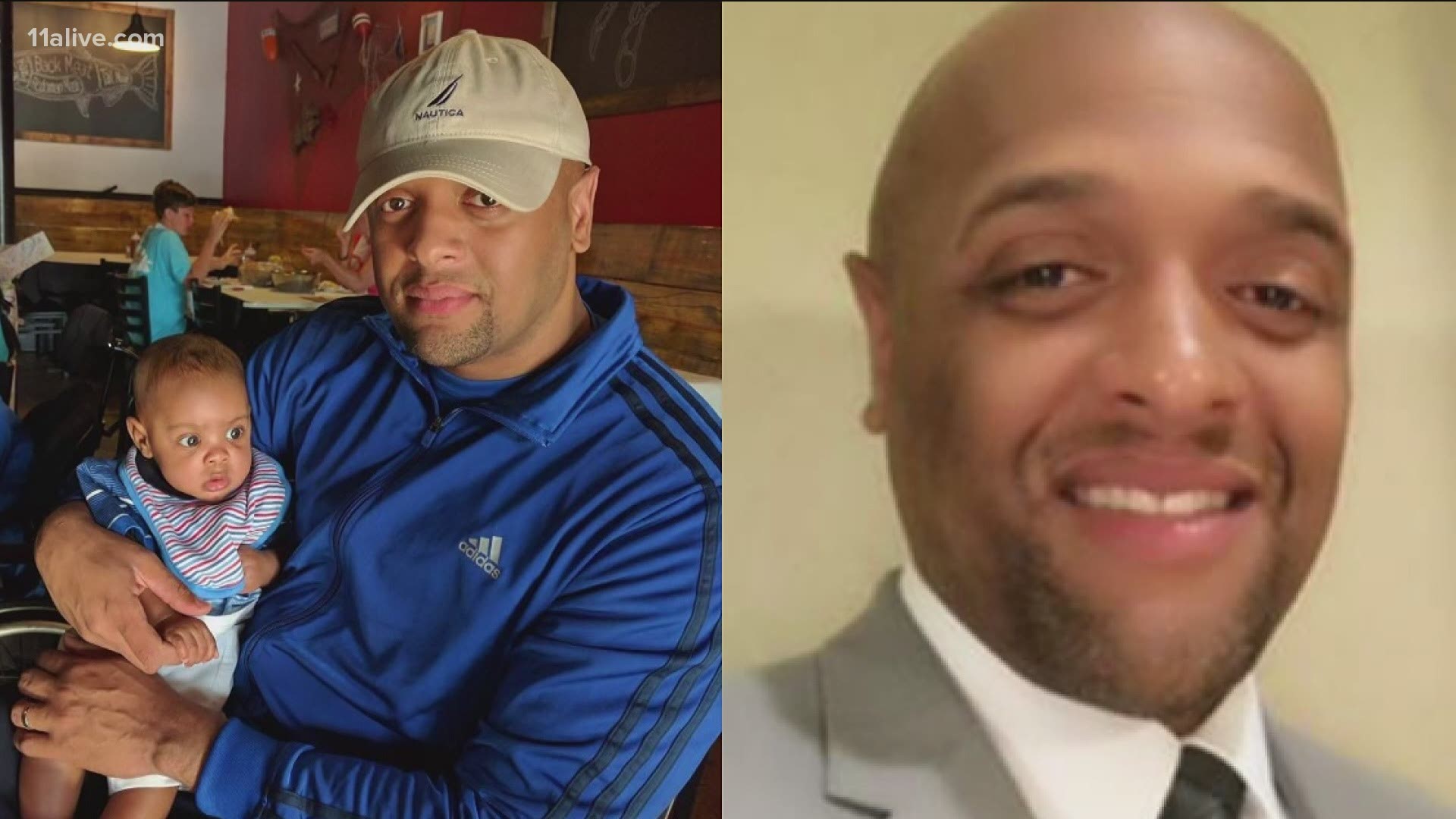 ATLANTA — The funeral arrangements for Jamar Robinson, the principal of Westlake High School in South Fulton have been set.

Robinson died trying to save his wife in a tragic drowning incident in Puerto Rico, that claimed her life as well. The school's football coach, Bobby May, confirmed Robinson's death on Twitter, and a local account described the incident, which happened in early November.

The public viewing for the late principal and his wife, AnnMarie Robinson, will convene on Sunday, Nov. 29th, from 1-4 p.m, according to details sent on behalf of the Robinson family.

The family will also host a private funeral service on Monday, Nov. 30th, at 1 p.m.

The funeral will take place at the Gregory Levett & Sons Funeral Home off Flat Shoals Pkwy in Decatur, GA.

Only 50 people in total between both families will be allowed to attend on Monday, a spokesperson for the family told 11Alive.

However, the private service will be streamed live on the funeral home's website. It will also be available on the website for one year.

"Our hearts are broken for the family of Mr. Robinson and Mrs. Robinson and the entire Westlake community," May wrote. "We will always remember Mr. Robinson as the principal who worked tirelessly, was always upbeat, passionate, never missed a game or event, and LOVED his students with a heart that was unmatched."

According to his biography on the Westlake High website, Robinson was an Atlanta native and graduate of Southwest DeKalb High School. He received his undergraduate degree from Florida A&M University and earned advanced degrees from Georgia State and Georgia Southern.

A spokesperson for Fulton County Schools said, "We will keep you posted on any additional memorial efforts that may be planned by the school and community."