Jefferson Parish, alongside the state and several neighboring parishes, has declared a state of emergency ahead of the unusual weather event. 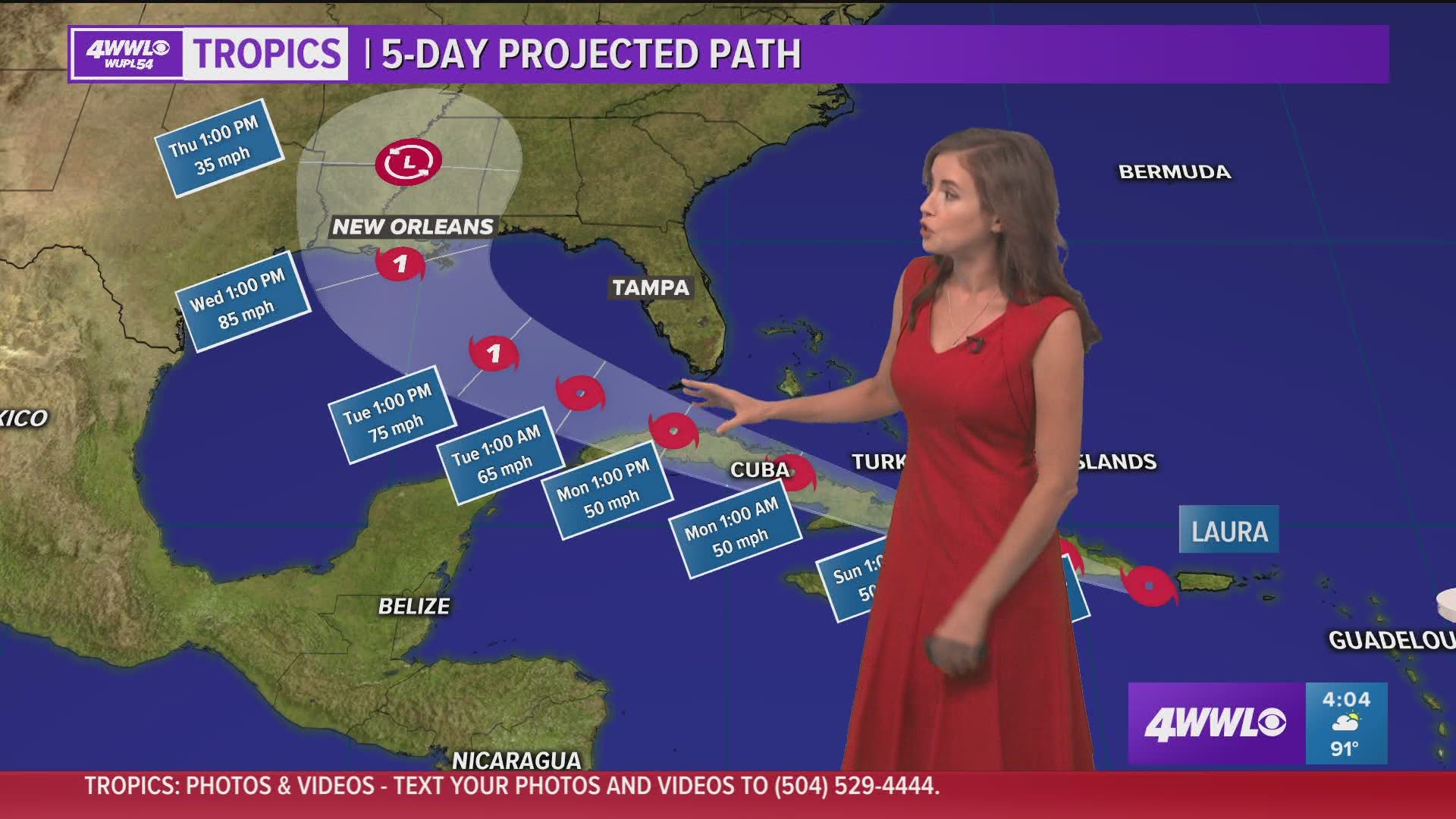 GRETNA, La. — Jefferson Parish officials outlined their preparations Saturday for Tropical Storms Laura and Marco, which are expected to make landfalls along the United States Gulf Coast next week.

The press conference was held at the parish's emergency operations and communication center in Gretna, ahead of Marco's projected Monday landfall.

A long list of Jefferson Parish leaders urged residents to use this weekend to prepare for Tropical Storms Laura and March in the midst of the coronavirus pandemic, and among those leaders was Parish President Cynthia Lee-Sheng.

"This press conference is really to make sure everyone stays informed," Lee-Sheng said Saturday morning. "Everybody — all of our citizens, all of our business should be in preparation mode."

Local and state restrictions put in place to combat the spread of COVID-19 will remain in effect, and Lee-Sheng told residents to remain vigilant against the virus.

"With storms, you maybe have people (over) who aren't sleeping at your house normally, and you might have older relatives you are checking in on," the Jefferson Parish president said. "There's just a lot more activity out in the community as a whole, so please make sure that you never let your guard down and remember we are still fighting COVID."

During the press conference, Jefferson Parish Councilman Ricky Templet said measures have been made to help residents outside of the levee protections system.

"Outside the protected levee system, we have roughly 16 back-up pumps for those areas to help protect lower Laffite, Crown Point, Barataria and Grand Isle," he said.

"You need to be ready," Jefferson Parish Councilman Scott Walker said. "Whether it's a tropical storm, category 1, or category 5, anytime something is in the gulf, you need to pay attention to it."

Jefferson Parish, alongside the state and several neighboring parishes, has declared a state of emergency ahead of the unusual weather event.

The storm could still strengthen into a hurricane once it's in the Gulf. It will then likely weaken before landfall due to increasing wind shear expected near the coast.

Laura is the more immediate danger and is projected to be the more powerful storm. While there is still a lot of uncertainty in its path, current projections have it making landfall as a Category 1 hurricane on the Louisiana coast sometime between Tuesday and Wednesday.

The mountainous terrain of Hispaniola could disrupt the surface circulation and Laura may be very disorganized once in the Gulf Monday. This would mean Laura would need to undergo far more development once in the Gulf to intensity.